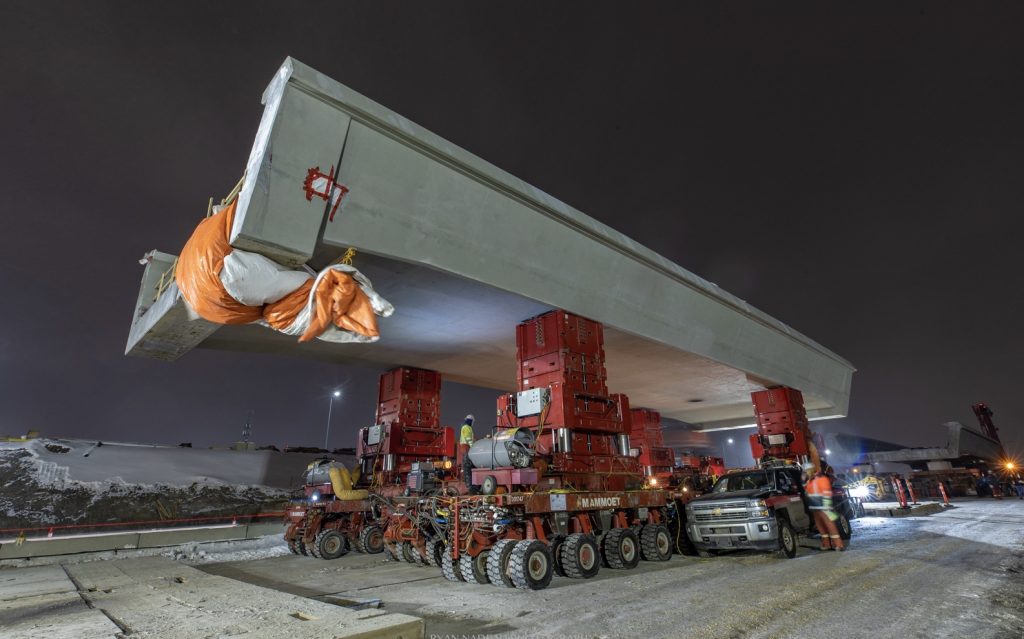 The first concrete guideway spans being moved into its set position. Photo courtesy of Mammoet

Mammoet was contracted by TransEd Civil Joint Venture to assist with installing the elevated guideway of the Valley Line LRT project, a 13 kilometre light rail system that will accommodate Edmonton’s growing transportation needs.

As part of the rail system, two concrete guideway spans needed to be installed to form a bridge over one of the busiest freeways in Edmonton. Using conventional bridge construction would have taken months, causing major disruption to thousands of daily commuters using the existing freeway. Mammoet’s ABC method provided a faster and safer execution, which resulted in the two guideway spans being set over the course of two nights. 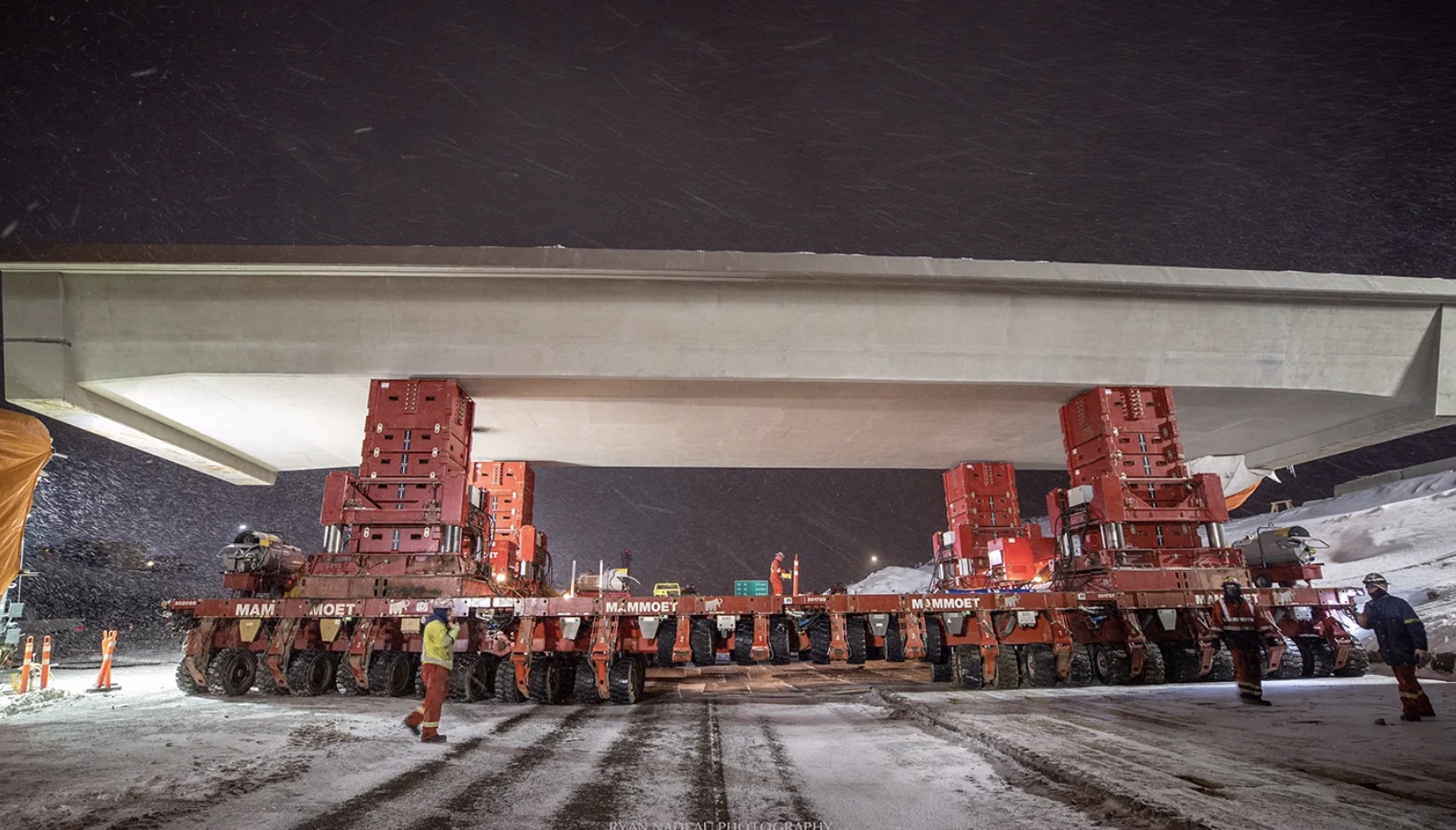 The ABC method allowed the TransEd Civil Joint Venture to cast the concrete guideway spans next to the installation site in a controlled location, at a lower elevation. This resulted in a safer operation, eliminating the risks of working at heights for construction workers. The method significantly minimized traffic delays associated with conventional construction methods and removed safety risks associated with working among traffic.

Installation occurred overnight when traffic was at its lowest. From their cast location about 100 meters away, the guideway spans were transported and set into place using the JS500 jacking system on top of SPMTs. The south span was moved and set on the first night, followed by the north span on the second night. While the construction of the guideways took several months to complete, it only took Mammoet a total of 21 hours to install them over the two nights. There was no disruption to daily commuters, with the freeway open again by 6am after each night.

Mammoet will continue to install the remaining guideway over the summer.