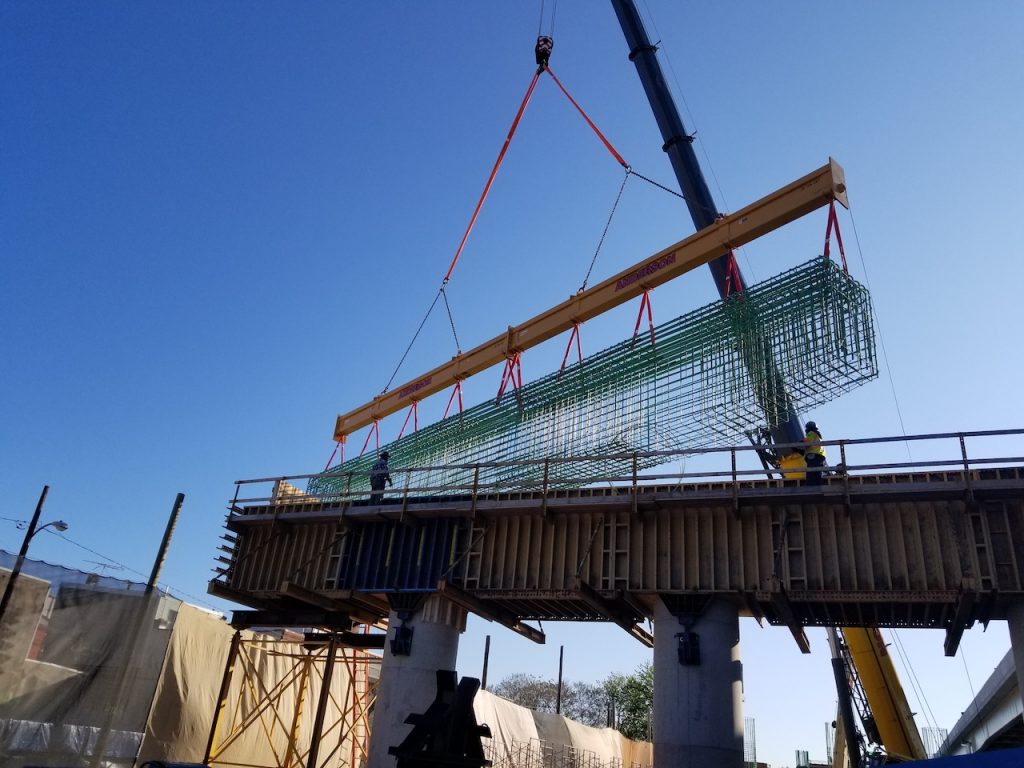 The two-piece beam is currently being used beneath the hook of a 275-ton capacity Grove mobile crane to lift the large pier cap rebar cages, as required for concrete reinforcement during the rebuild of an 8,500 foot-long, 100 foot-wide overpass. The cages vary in weight, up to 46,000 pounds, and length, up to 85 feet.

The beam was delivered to James J. Anderson Construction Co. Inc. (JJA), which is delivering a scope of work to Commonwealth of Pennsylvania, Department of Transportation (PennDOT) to construct a two-mile elevated roadway, with ramps, drainage, and associated utilities and civil engineering works. JJA is utilizing its Anderson-owned crane fleet. 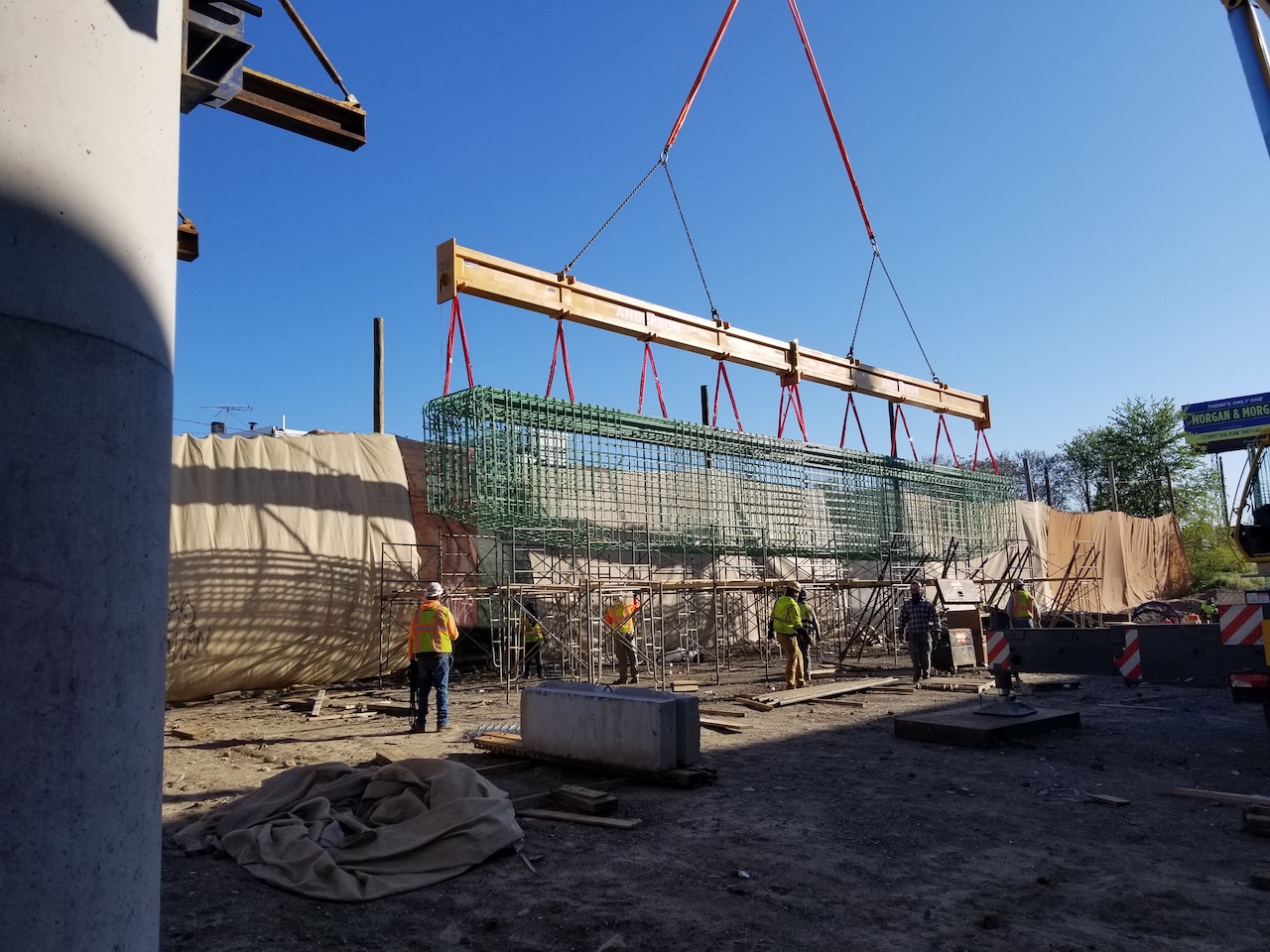 The two-piece beam is currently being used beneath the hook of a 275-ton capacity Grove mobile crane. Photo courtesy of Caldwell Group

“The beam was designed, manufactured and built in two sections, due to the overall pick length required. It can be used both bolted together at its full length or in individual sections, if required. The rebar cages require support at multiple points from the lifting beam by means of the lower rigging. Multiple lower rigging lugs allow riggers to distribute the weight of the cage to minimize cage deformation. This allows for proper control while handling the lifted load when positioning the rebar cage,” said Tom Eicher, director of engineering at Caldwell.

He added that the upper rigging design arrangement helps further support the lifting beam. The lower lugs are sized for a minimum of three points used to pick up the load. There are 10 lower lug lift points on the full 75 foot-long assembly, while JJA can use any combination as needed to distribute the load as per their lift plans.

Caldwell supplied the two two-leg chain slings above the beam that are rigged at angles to share the load when both sections of the lifting beam are bolted together and used as an assembly. The synthetic slings above (connected to the crane’s hook) and beneath the beam (connected to the cages), are supplied by JJA. Sling angles were determined during the design process.

“The end hooks are able to attach rigging at a maximum of a 30-degree rigging angle,” Eicher said. “Note that the end hooks are de-rated for that 30-degree angle if required to be used. Ultimately the span beyond 75 feet is dependent on the rigging length employed [by JJA].”

The beam was painted in standard Caldwell paint and JJA manages storage onsite in between lifts. Eicher added that an in-service inspection program was established by the end user based on the amount of use in line with ASME B30.20 recommendations.