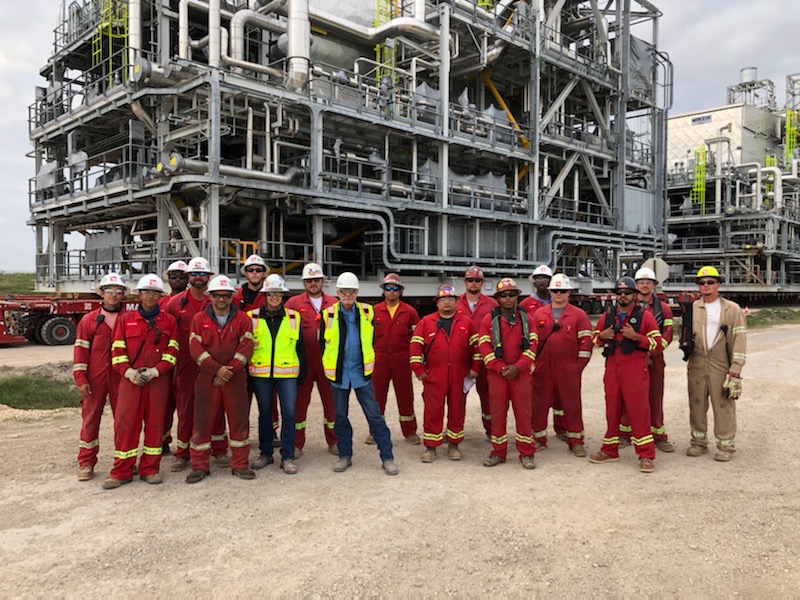 Mammoet’s crews have successfully set the remaining 72 shoulder spans on the northbound lanes of the New Orleans Causeway in Louisiana by means of SPMT atop a barge. The shoulders are located between the crossovers, giving motorists and first responders a safe place to pull over when there are breakdowns or accidents. 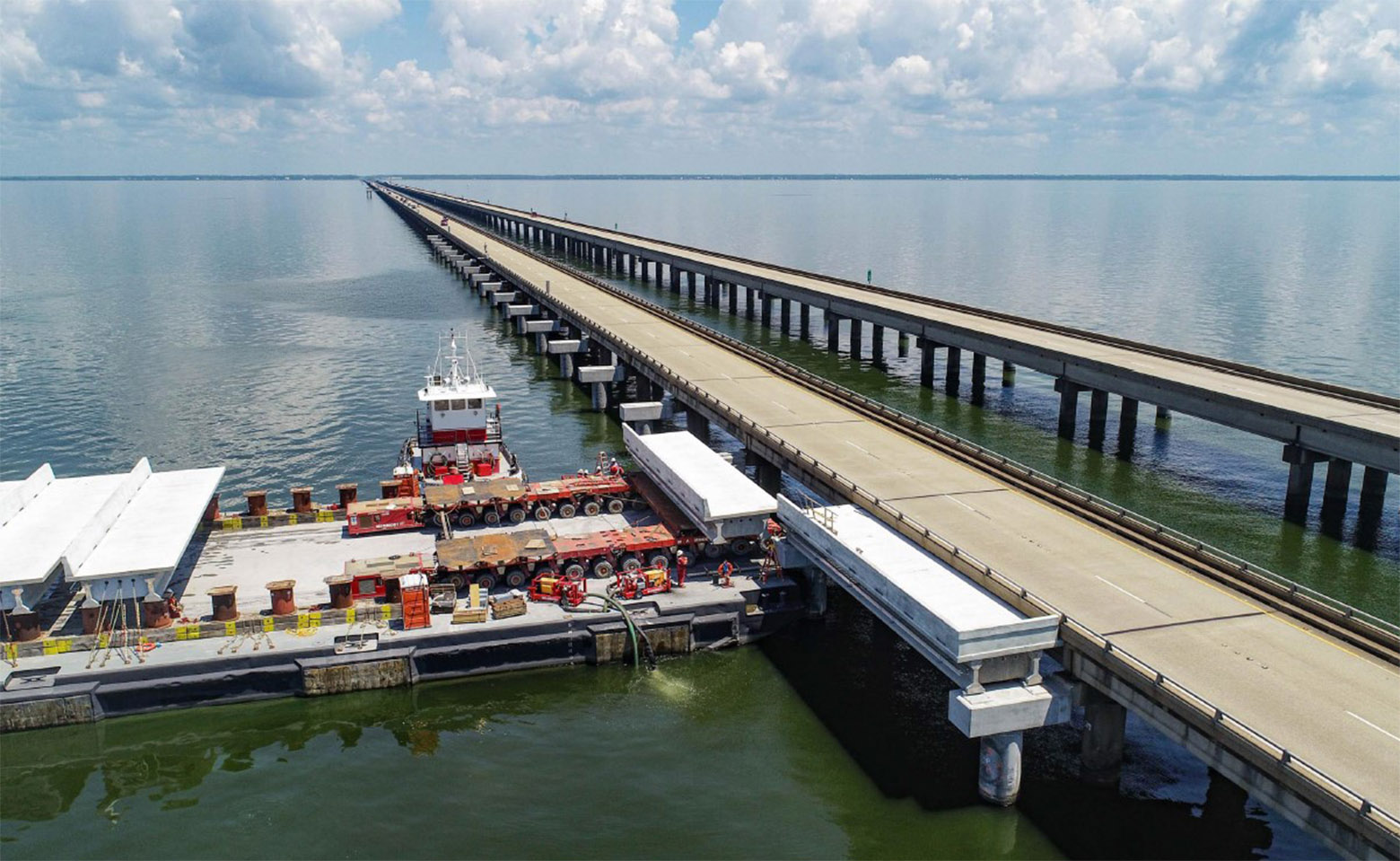 All 180 spans of both the north and southbound lanes were set without a single incident. This endeavour is considered the most significant improvement to the almost 39 kilometre (24 mile) long bridge since the second span was completed in 1969.

To reduce the duration and quantity of traffic disruptions on this key bridge, each of the 26 metre (84 ft.) long northbound spans were initially rough set approximately three feet from the final set location as a preparatory step to the lane closures. During these overnight lane closures, other contractors on the Boh Bros. Construction team would sawcut and remove the precast concrete guardrails from the existing bridge spans and coat the cut area with epoxy. 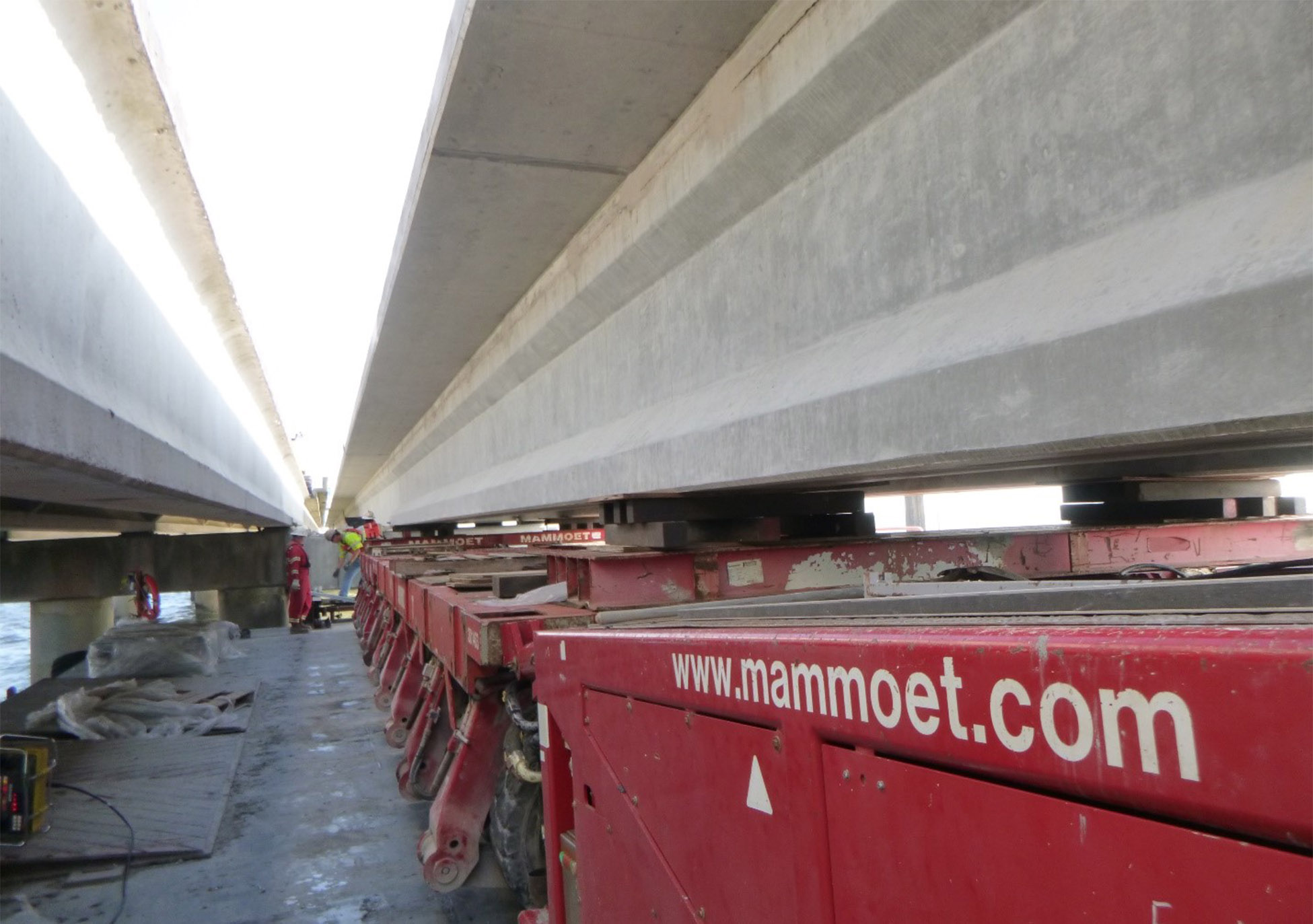 While this was happening on the bridge above, Mammoet’s team would reconfigure the trailers to ensure accuracy of the final set. Once both tasks were complete, the spans were lifted and set into final location against the newly coated epoxy of the existing bridge spans. Once the guardrail removal process began, the team could not stop until the new spans were set into final location to ensure traffic could still safely pass.

Setting spans using SPMTs rather than utilizing two crane-barges increased overall safety of the span erection operation, decreased the risk of damaging the existing bridge and increased production. Despite the challenge of forecasting the rough seas in the shallow coastal Lake Pontchartrain, this method allowed for the installation of an average of four spans weighing approximately 147 tons (325,000 lbs.) each per day, instead of the planned three spans per day.

“As usual, Mammoet provided safe, efficient and high-quality solutions to some of the most complex portions of the project,” says Thad Guidry, Project Manager at Boh Bros. Construction Co. “Mammoet’s collaborative, team-focused attitude during all phases of the project, combined with their highly capable engineering support, contributed to a safe and successful project.”

Late last year, the Mammoet team assisted in the successful placement of an additional 108 spans on the southbound lanes, using the SPMTs as a cantilever. The trailers were balanced with counterweight and driven roughly 5 meters (15-20 ft.) off the end of the barge to reach the location where they could be properly secured. 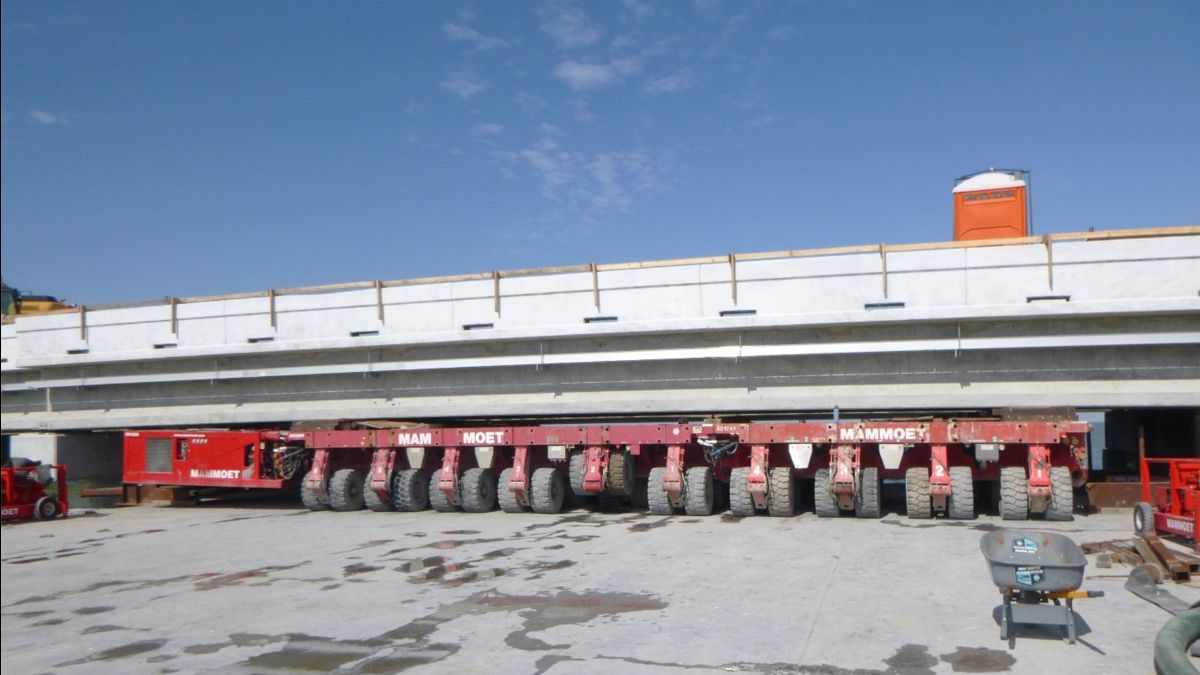 Mammoet was first approached for this project because of previous work experience with Boh Bros. on the Twin Span Bridges over Lake Ponchartrain after Hurricane Katrina in 2005. After the devastating storm, 74 bridge spans were completely lost, and 380 bridge spans had shifted. The initial plan was to reconstruct four spans per day, however Mammoet’s team was able to complete between 16 and 19 spans per day, helping to get the bridge back up and running in a fraction of the originally scheduled time.