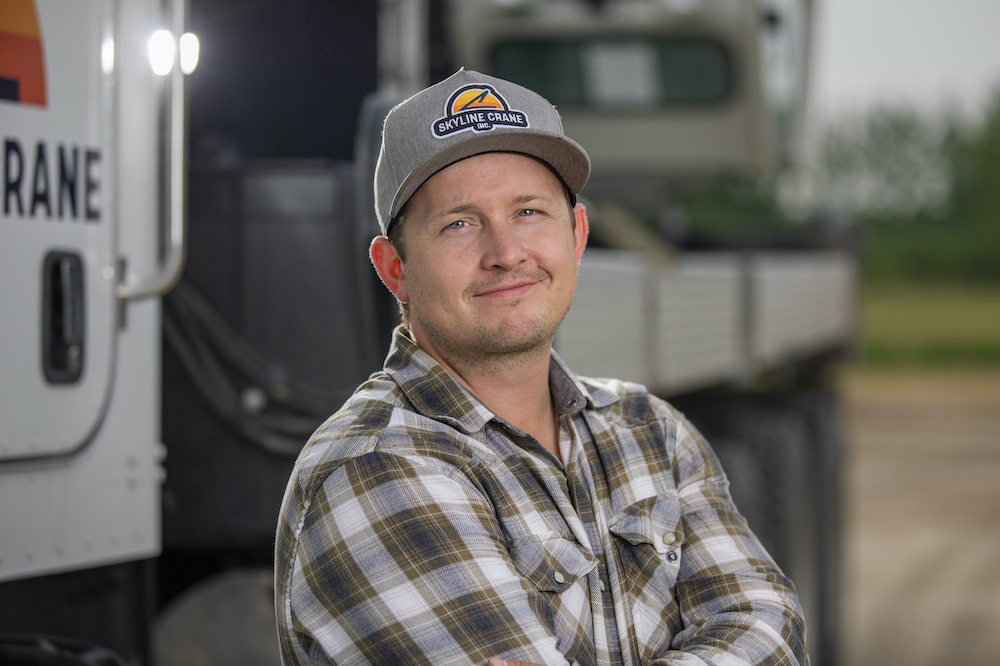 First up: We’re pleased to introduce you to Jeremy Geurts, owner and general manager of Skyline Crane in Winnipeg, Man.

Throughout his career, Geurts, a crane operator and supervisor, planned to eventually start a business with his cousin, who was also his best friend. But after his cousin died suddenly and COVID-19–related lockdowns changed his job prospects, Geurts – who Grift describes as “a great friend, father and colleague” – mobilized to fulfill his long-held promise.

“He bought a shop, his first crane and began building a customer base one job at a time,” says Grift, who co-supervised a multiyear hydro dam project with Geurts. “To say he has had success, during a pandemic nonetheless, would be an understatement.”

Since then, Geurts has earned COR certification for Skyline Crane, as well as certification with Avetta and ISN, and hired eight people. He’s also a champion for his people, having unionized Skyline Crane with Operating Engineers Local 987 and supported the Red Seal training program to ensure trainees have access to learning opportunities.

Geurts, 37, “was able to channel his energy and turn it into a successful crane business in Manitoba that’s creating jobs, building trust with clients, and providing great and reliable work for his community,” says Grift. “He saw what needed to be done and he did it.”

Next up: Erin Loveday at WrightPlan Inc.