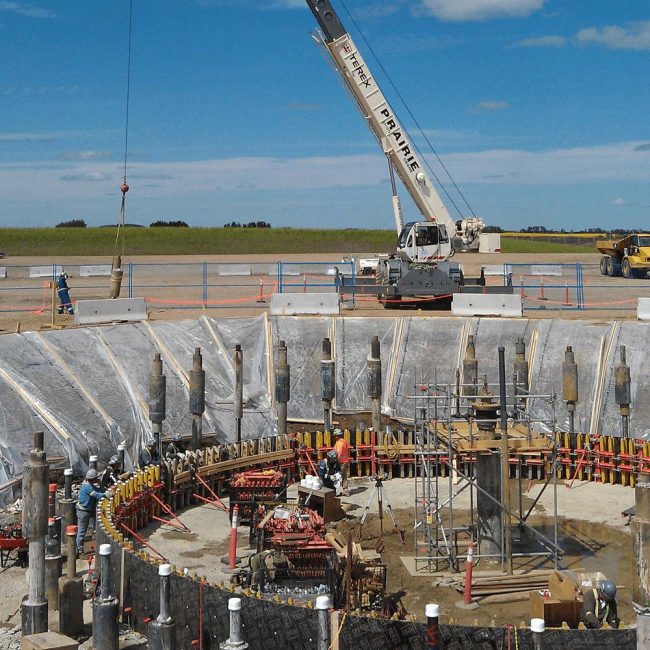 One of the worlds most advanced potash projects is located at Jansen, Sask. Prairie Crane was fortunate to assemble the large camp on site and to assist in the sinking of both shafts during the earlier stages of construction as well as the full assembly of the freeze plant and winch houses. Submitted photo

When Prairie Crane was started in 2004, the Saskatoon-based rental company had only a few pieces of equipment. Fast-forward to 2021 and the family-owned company now has 14 cranes and serves Manitoba, Saskatchewan, and Alberta.

“It’s a pipe dream of mine to one day also serve B.C.,” says Matthew Hnatuk, general manager at Prairie Crane. Hnatuk owns part of the company along with Don and Kathy Hnatuk, his parents, and his sister Stephanie. Matthew has been with Prairie Crane now for 15 years. 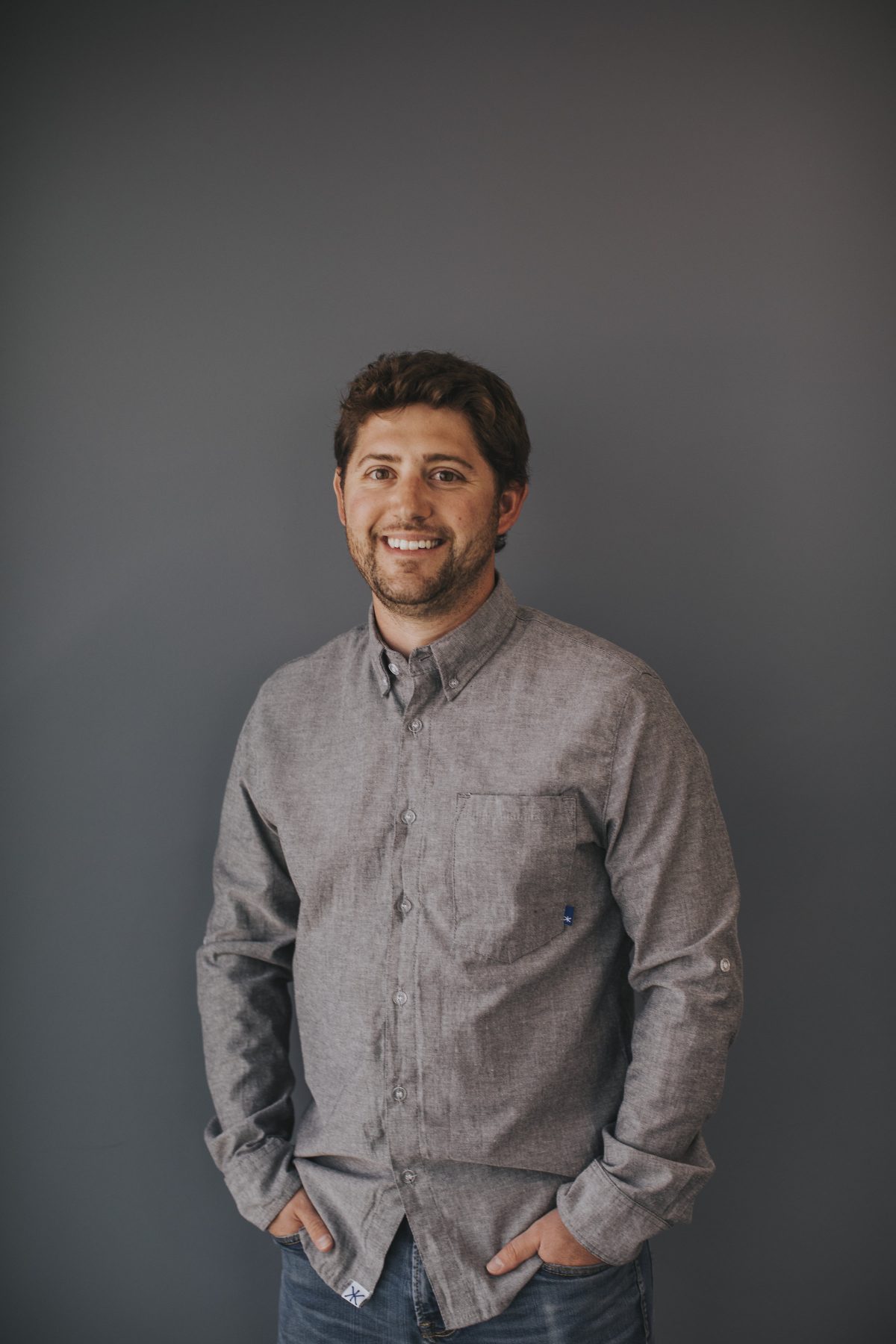 “I didn’t necessarily plan on being a part of the family business. I planned on being a heavy-duty mechanic. After I was working in that trade for about three months I was given the chance to go out and work with a crane, get in the seat of it, and I just fell in love with it and switched my trade over to crane and hoist. That’s how my journey began at Prairie Crane.”

He began his career at Prairie Crane by working in the shop, rigging for cranes, and learning the equipment; he eventually managed his first projects at the Kerrobert gas plants following the receival of his Proficiency Crane Operator Ticket in 2012.

Matthew’s leadership skills have developed by working on a wide range of jobs and equipment, as well as being involved with organizations such as the Saskatchewan Apprenticeship Board. He has worked on a variety of projects from residential and commercial construction to more complex projects such as: train derailments, short span bridges, Saskatoon North Commuter and Traffic Bridge Projects, the shaft sinking and largest camp build in Saskatchewan at BHP Jansen, the PCS Allan headframe upgrade, North Battleford Energy Centre, underground crane assemblies at PCS Cory and Mosaic Colonsay, Cargill canola oil expansions and more.

“I love the different challenges being in the crane rental industry presents itself,” Hnatuk says. “Always something new. I don’t come to work every day having the same routine or schedule.”

He says sometimes you have to be creative with how he and his team work around barriers and challenges. 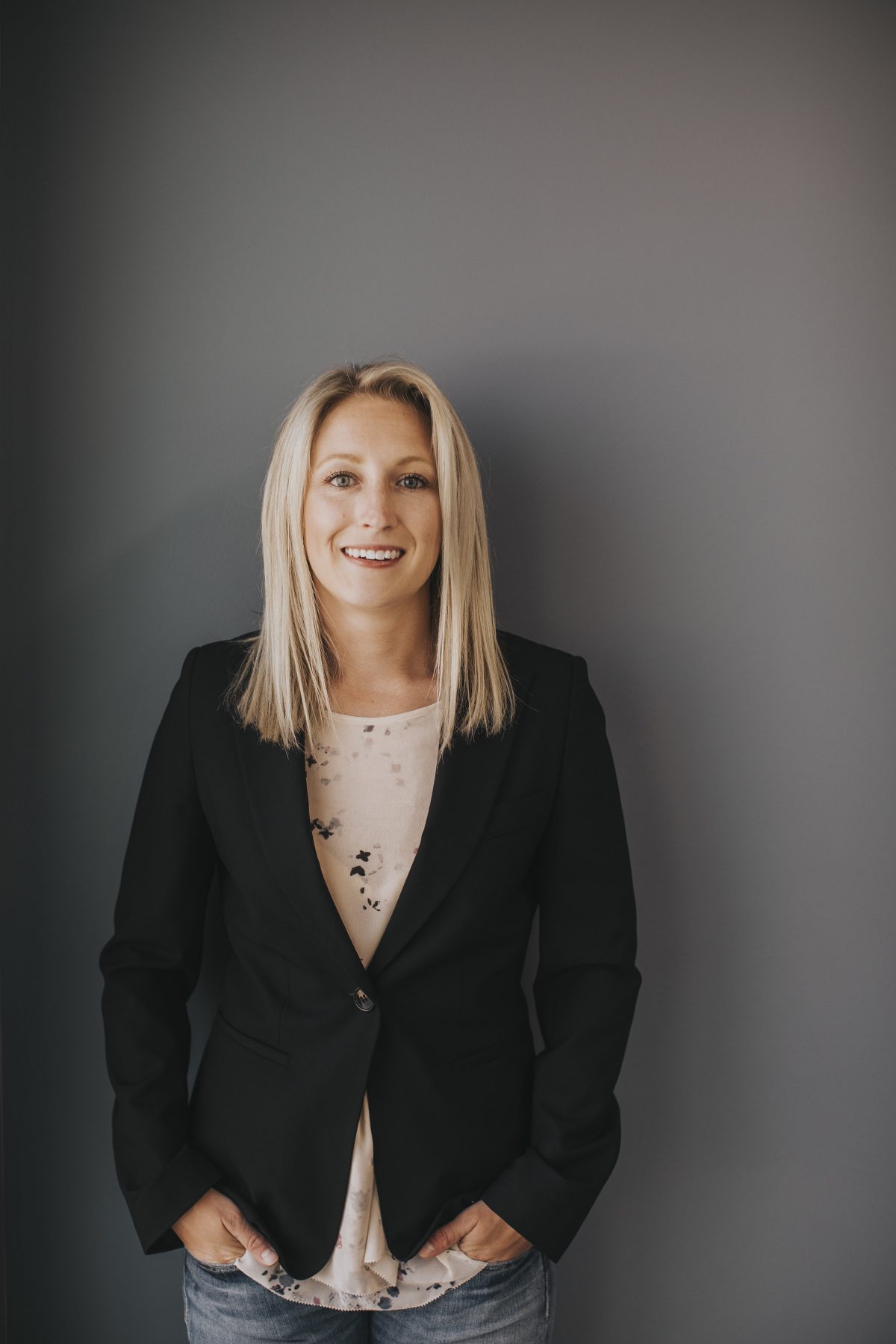 “I enjoy working through all these challenges with my team. My sister is Prairie Cranes operations manager and she and I work closely on different projects and jobs. Sometimes you think or hear ‘Oh you’re working with a 500-ton crane that must be really challenging and difficult.’ Well it can be but it can be just as difficult dealing with a 15-ton smaller crane job where you have to try and figure out how to get it underground in a potash mine for example, or perform different types of lifts like a tandem. So, I love how jobs can be challenging and different even from the smallest crane you own to the largest machine in your fleet.”

Hnatuk said about a year and a half ago Prairie Crane was asked to perform demolition on a coal shoot that was built around 1930 at a power station here in Saskatoon.

“No one knew the weights, no one knew anything about the drawings because they were so ancient. On that project we came in with myself, Stephanie the operations manager, another supervisor and also some of our engineers. We went through the building foot by foot, figured how much everything weighed and came up with a plan for which cranes we were going to use and where to position them. We lifted out all the galleries and old trusses and roof of the building and took it apart pretty much piece by piece. It was a great example what we offer and how we can all work together.”

Hnatuk said in a busy season Prairie Crane has had up to 65 staff. His parents are presidents of the company and one day he and his sister will eventually run it.

“We have staff that aren’t family members, but management and ownership is all family-run. I think one of the biggest benefits to working with family is you don’t hold back on pushing each other forward, or telling each other when you’re wrong or need to correct something,” said Hnatuk. “Not that we don’t also push our regular staff forward, but with family there’s no filter. Less formal. Make decisions a little quicker as we are around one another a lot more than other families may be.” 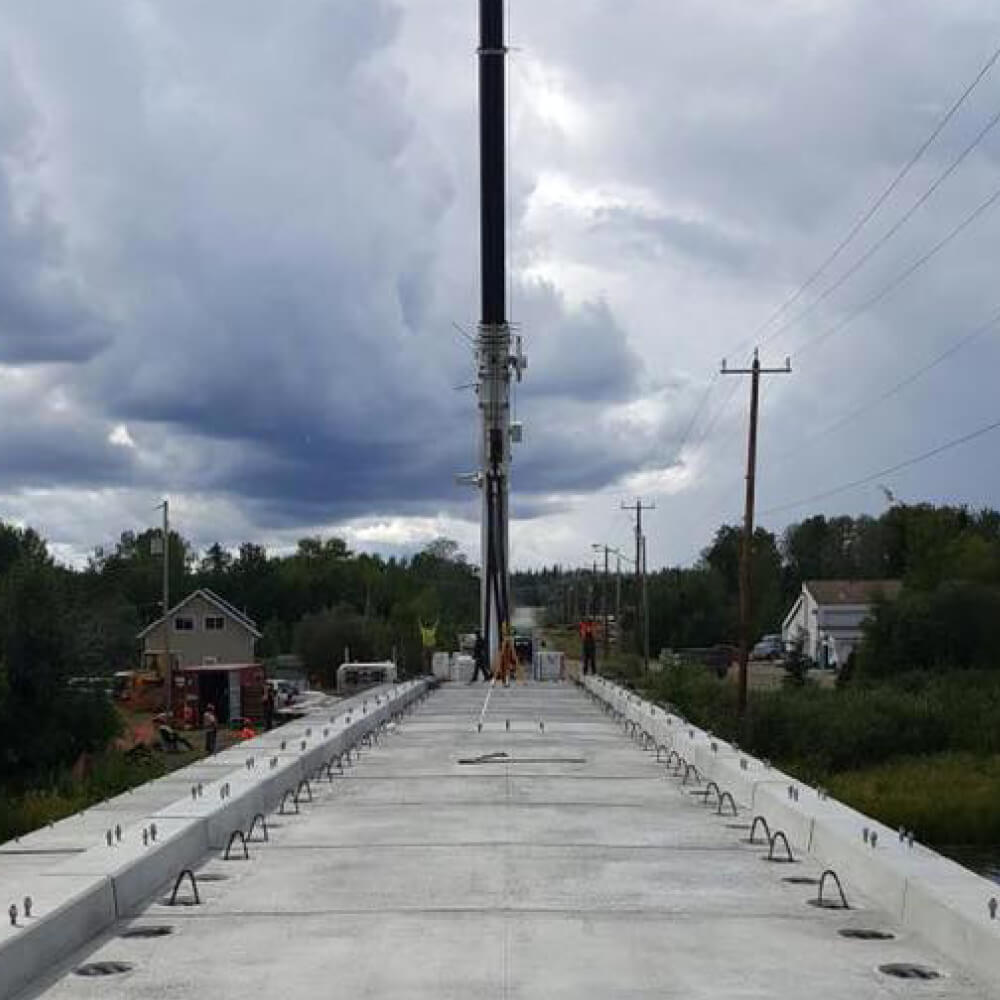 Prairie Crane’s expertise was put to work with assisting in the Brandon Bridge Project. Hoisting massive girders took precision and skill. This project went off without a hitch in terms of efficiency and safety. Submitted photo

Hnatuk joked and said sometimes what makes working with family great can also add to some of the frustrations.

“I’d say a downfall to working with so much family can also be the no filter,” he laughed. “It’s the same thing. Sometimes you can very much get in a heated conversation at work where things not work related might get pulled into it. That can be a bit of a struggle sometimes. Sometimes too you end up spending so much time together, but it’s a good system.”

Prairie Crane also has a heavy-duty division – NCCHD. NCCHD is a 24/7 shop specializing in crane and heavy-duty repairs with four full time mechanics on staff. NCCHD is also able to enter mine sites throughout the province and has an ‘A’ rating on ISNetworld.

The company is qualified to enter all job sites, including mine sites throughout the province. It has a full Health and Safety Program, is COR Certified, and fulfills all third-party requirements such as an ‘A’ rating on ISNetworld.

“Our joint venture (JV) is with Iron Buffalo, a small construction company located in Regina who has been around for about two years. We got together with the owner Brendan Morin and looked at some projects of his and said ‘We can definitely work together and support you.’ We’ve done about three projects together. Iron Buffalo does a lot of asbestos reclamation, scaffolding and dirt work. We partner up on projects together and we support each other.

“Indigenous communities kind of have a raw deal especially here in the North. And there’s a lot of them that have been frowned upon because they’re Indigenous so it’s important for us to continue these types of JVs and work together. We saw Iron Buffalo is very heavily involved in the community and helping people with Indigenous backgrounds get more work and we want to be a part of that same mindset. Help people grow and help our province and country grow.”

Hnatuk says he can’t speak for the country as a whole but sees Saskatchewan as having been doing a good job at getting more involved with promoting Indigenous-owned work in construction. “There’s a big push from the government. Is it perfect? Definitely not but it seems that the province is headed in the right direction.”

Hnatuk said there is only benefits to making diversification in the workplace a priority.

“Look at the world right now, what countries are doing the best—the ones run by females,” he said. “I think it’s a very good idea to have diversification in a balanced work force because females and males look at things differently and they always have. We look at projects differently and each see things we the other doesn’t.”

He says it helps to keep a better norm in the office and field.

“We have female crane operators as well and it has been stated and seen first-hand that females tend to be gentler on controls. They run machines with a nicer finesse. They don’t get as rammy, and they don’t get as impatient.”