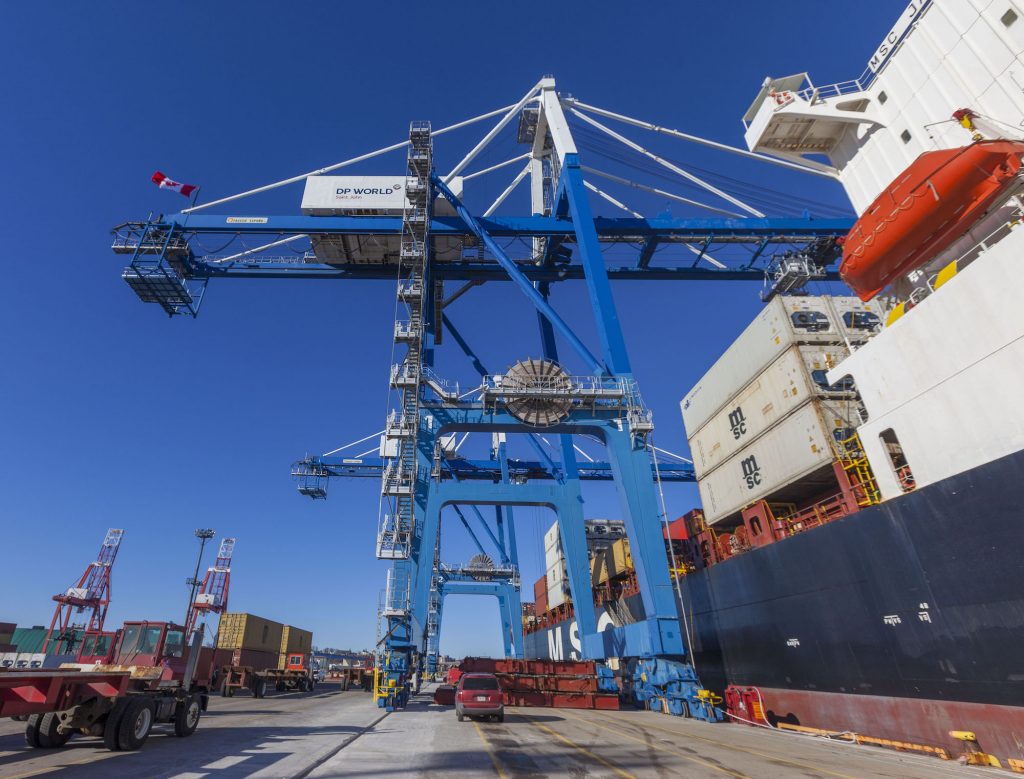 Port Saint John is already the fourth largest cruise port of call in Canada and a national and international port, handling liquid and dry bulk, as well as break bulk. However, a planned modernization project due to break ground in 2018 will drastically increase the port’s capacity. Ahead of the main thrust of the modernization, two new cranes have been erected which will allow the New Brunswick port to serve larger loads from larger ships.

Andrew Dixon, senior vice-president of trade and business development for the Saint John Port Authority says that due to the evolution of the market, a modernization was necessary to even maintain their current level of business, let alone to expand it.

“With the changes in the market place and particularly the advent of so much cargo moving over to containerization that previously was break bulk, we saw the need for an expansion in our container offering and our container services, beyond being a niche player, in order to grow and to continue to serve the needs of shippers and receivers who may have previously gone break bulk or that have always had to go out of province or region to a port to access container services,” says Dixon.

The new cranes are a pair of 1998 Paceco electric drive cranes with a 50-60 ton capacity; depending on whether a spreader bar or a project cargo hook is used. The cranes have an outreach of 145 feet, which allows them to work with 16 container-wide, 6,500 twenty-foot equivalent unit (TEU) capacity vessels which are substantially larger than the average 3,000 TEU vessels previously being serviced. The cranes also allow the port to work throughout the large Saint John tidal cycle, whereas the previous cranes had a very brief window around high tide.

In conjunction with the modernization project, Port Saint John contracted DP World to act as terminal operator. DP World brings with them a network of 77 ports around the world and relationships with large clients and container shipping lines. As part of the deal, DP World has already invested $16 million in equipment – including the two new blue cranes, which dwarf the two older red cranes.

“The upper cab is about 140 feet above ground,” says Rodney Nicol, maintenance superintendent for DP World. “In the old ones, it was maybe 80 to 90 feet. There’s a good 50 to 60 feet difference in the height, which is significant. These operators had to re-learn their depth perception.”

DP World trained the operators in how to utilize the new machines. Coming from the previous red cranes – which were built during the Cold War – to more modern cranes took some adjustment for the operators, says Nicol.

“You have to put the booms down, which is a little bit different of an operation,” says Nicol. “It’s similar motions, but different buttons and a different feel for the crane itself.”

The cranes run on rails similar to train tracks, allowing them to gantry back and forth on the edge of the dock. The cranes currently run on 60 gauge tracks, which are roughly 60 feet wide, though they will likely look at expanding to a larger track in the future.

“Basically, it just allows for more truck traffic underneath the crane and more stability,” says Nicol. “The plan is to put in 100 gauge track and to get one or two new cranes.”

The modernization will significantly expand the working area of the dock and will expand their deck loading limitation from 200 lbs per square foot to 2,000 lbs. The port’s intermodal rail yard will also expand in order to accommodate the largest single trains on the tracks today at 12,000 feet.

“The majority hasn’t started, it’s in the initial stages,” says Dixon. “We’re engineering and financing deals this year. All the funding partners are in place, but all the engineering and planning and layout and collaboration is ahead. Early in 2018, we’re going to break ground.”