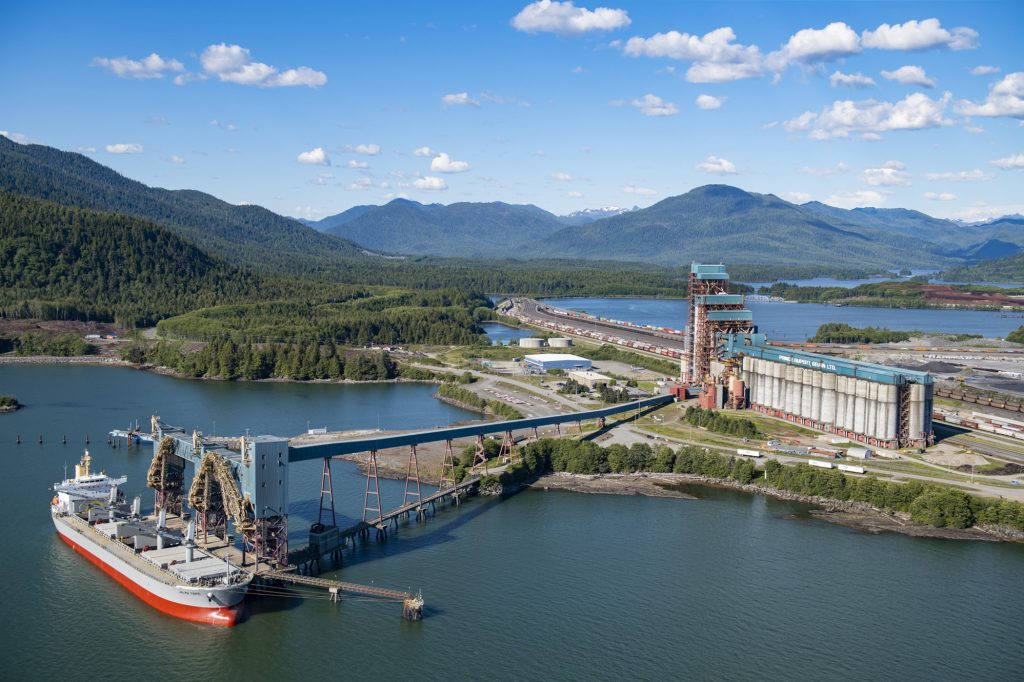 The Port of Prince Rupert will be getting some more serious upgrades over the next few years with the help of the federal government.

The total cost of the three projects is estimated at approximately $311 million.

The projects are designed to expand the port’s capacity so it can keep pace with the country’s growing trans-Pacific trade. The Port of Prince Rupert is the closest North American port to Asia by upwards of three sailing days, with the port 36 hours closer to Shanghai than Vancouver and 68 hours closer than Los Angeles, according to the Prince Rupert Port Authority.

The Zandari Bridge and Causeway project is a partnership between the Prince Rupert Port Authority and CN. The $122-million project is designed to reduce operational conflicts while improving rail capacity to the Port of Prince Rupert. The project includes construction of a new double track bridge across the Zanardi Rapids, rehabilitation of the existing single track Zanardi Bridge, and expansion of the causeway between the Zanardi Bridge and Ridley Island, according to a recent announcement from the Prince Rupert Port Authority. The Government of Canada has announced that it will fund $60.6 million of the cost of the project.

The Ridley Island Export Logistics Platform project will focus on expanding the existing road, rail and utility corridor to improve train access. According to a recent announcement from the Prince Rupert Port Authority, “The expansion will create a platform to attract private-sector investment in export transloading and warehouse capacity at the port. A full build-out of logistics capability will be able to handle a significant increase in volumes, including dry bulk, forest products and other commodities.”

The project is expected to cost close to $100 million and will receive $49.85 million in funding from the federal government.

This $89-million project will include the development of a 25-hectare site South Kaien Island that will “enable transload and warehouse operations to provide increased flexibility and value-added capabilities for import supply chains,” according to the Prince Rupert Port Authority.

The Prince Rupert Port Authority stated that the park will complement the Export Logistics Platform and will be fully integrated into DP World’s Fairview Container Terminal and the Port’s intermodal ecosystem to ensure unparalleled efficiency and fluidity.

DP World’s Fairview Container Terminal in Prince Rupert has been one of the fastest growing ports in Canada of the past decade. The terminal has grown from moving 182,523 TEUs in its first full year of operation in 2008, to surpassing the one million TEUs milestone in 2018.

The terminal was originally built with a capacity of 500,000 TEUs, and had been expanded to a capacity of 850,000 TEUs around the time it was purchased by DP World in August of 2015. Shortly after purchasing the terminal, DP World announced a major expansion project – the Phase II North expansion project – that grew the terminal’s capacity to 1.35 million TEUs after its successful completion only a couple of years later. In addition to an increased capacity, Fairview Container Terminal was outfitted with the equipment necessary to service 20,000-plus TEU vessels.

The expansion project added approximately 200 jobs to the existing 800 positions at the port, which was already Prince Rupert’s largest employer. According to a recent study released this past summer by the Prince Rupert Port Authority, employment connected to moving trade through northern B.C. to the Port of Prince Rupert has grown by nearly 20 per cent since 2016 from 5,200 jobs to 6,200 jobs.

DP World is not finished expanding the terminal. The company started its next expansion project this year, designed to increase the capacity of the Fairview Container Terminal to 1.8 million TEUs by 2022, according to recent news release.