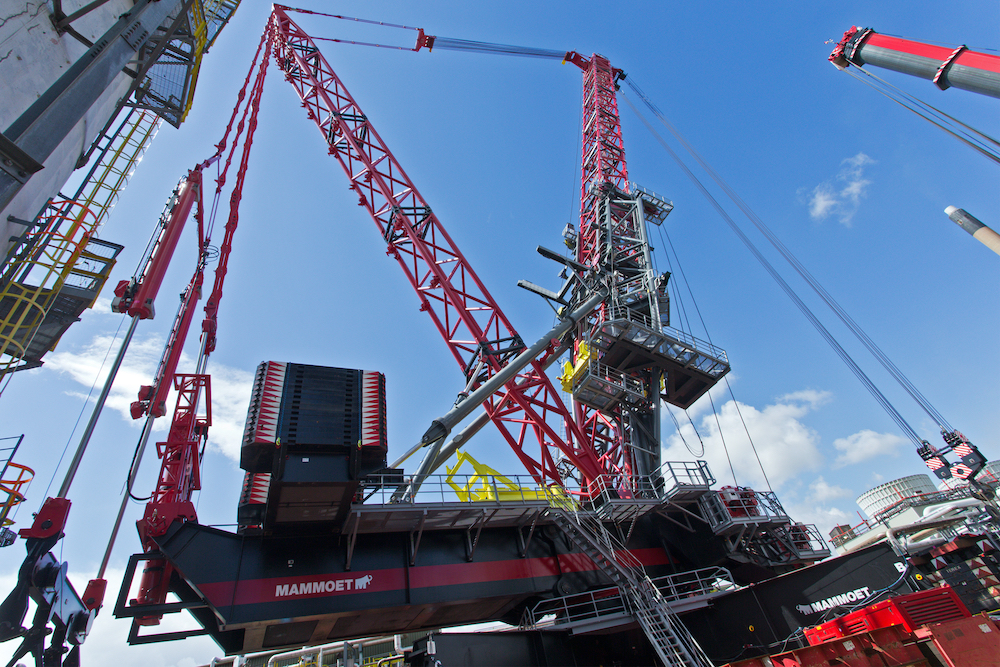 Mammoet has completed the first lift using its FOCUS30 crane, which is designed to deliver significant lifting capacity at complex sites.

The FOCUS30 performed a top-and-tail lifting operation in tandem with a 500-tonne mobile crane, in order to install a vessel at a U.K. facility.

As it is erected vertically in sections, the crane requires no lay-down area during assembly of its boom. Thus, it can be built away from active plant, and less infrastructure must be disrupted or closed during its use.

During mobilization, this theory became reality. A conventional crawler crane would need to be built over a nearby pipe rack and cause a site road to be temporarily closed for a number of days.

However, the FOCUS30 was maneuvered in sections around key infrastructure and its boom was raised within the area of the crane’s own footprint, which the company says reduced disruption.

Mammoet first transported the new vessel approximately three kilometres from a local port using 36 axle lines of SPMT. It was then positioned in a staging area so that the transport arrangement could be reconfigured to suit onsite requirements.

To facilitate the onsite route, a bespoke “book end” transport frame was used, alongside the hydraulic stroke of the transporters themselves, to navigate the vessel under a number of low pipe racks.

Once it reached its installation location, the FOCUS30 and a 500-tonne mobile crane were used in tandem to lift the vessel and set it securely on its foundations.

The FOCUS30 opens up new possibilities to engineer complex lifts in equally complex environments. In this case, it delivered lifting capacity to a very compact location, allowing turnaround activity to continue in areas of the site that would have otherwise been needed to assemble a crawler crane.