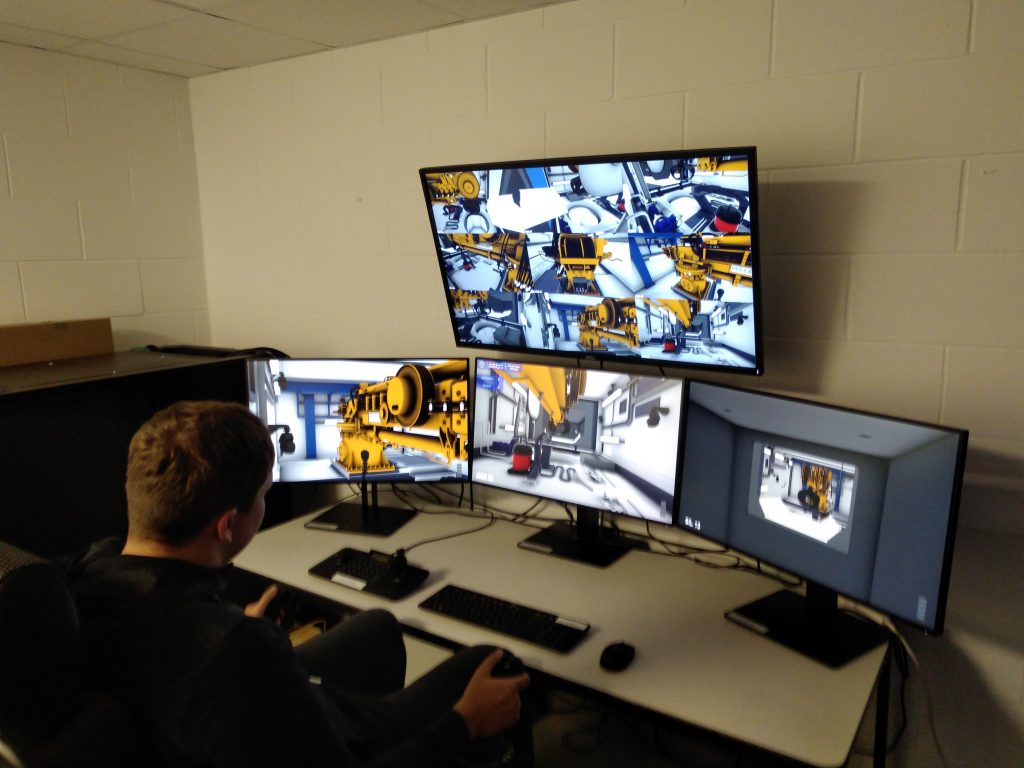 Working with energy company Sellafield, the University of Liverpool’s Virtual Engineering Centre (VEC) have developed a mixed-reality simulator for a crane used to remove nuclear waste. Sellafield recently commissioned a nuclear waste removal crane at their Pile Fuel Cladding Silo site and the simulator will be used to train operators. Andy Levers, technical lead for the project, says that it is entirely possible that this simulator, or one based on it, could be utilized for training workers at other nuclear facilities around the world.

VEC have developed a variety of simulators for the automotive sector in the past decade, but this was their first simulator for crane operation. The simulator is run using an identical replica of the crane operator’s controls, making it a “mixed reality” system. Levers says the biggest challenge in the project was just understanding the variety of user perspectives on how the tool will operate.

“We’ve developed virtual environments, test beds and prototypes, so we’re pretty confident that we can do that in many contexts,” says Levers. “The key is understanding the user’s requirements and making sure that everybody gets what they want from the project—regulators, people operating the tools themselves, engineers and commercial people as well.”

The efficacy of such a simulator depends on the information you base it on and Sellafield shared very openly with VEC, providing 3D design models of both the silo and the crane and making training and operations specialists available to the developers. Sellafield operators helped ensure the accuracy of the simulator and that manipulation and haptic feedback of control systems were as realistic as possible. 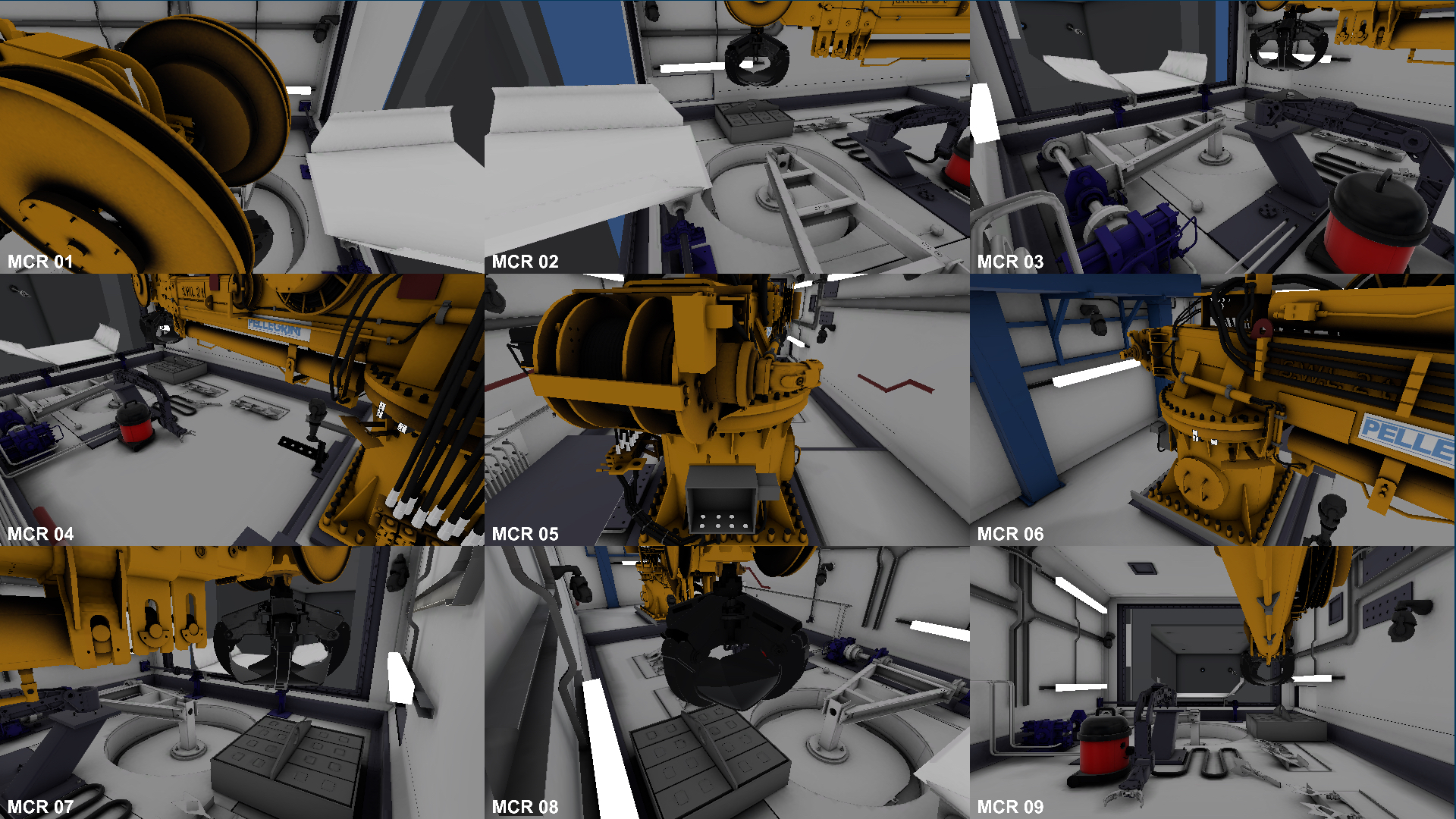 A closer look at one of the simulator’s displays, which shows a variety of views on the crane so that operators can see what they’re doing from almost any angle.

The simulator is already in use, providing a safe environment for Sellafield’s operators to learn how to operate the nuclear waste retrieval crane. A joint press release notes that Sellafield has since made the simulator their primary tool for operator training, and have repurposed a full-size rig that was intended for training as a second waste retrieval system.

Levers says that VEC do not develop products for sale —they work with clients on individual projects to help their industries. As such, unlike projects that are developed as products there isn’t a specific plan to roll out the simulator into other jurisdictions. However, now that the VEC have developed this simulator, they will be well positioned to develop simulators for similar applications if they are approached.

“That’s where our strength lies. Part of what we specialize in is translational research —bringing out some of the exciting things that have come out of academics and putting them into practice. So, everything we do really is a bespoke one off. We give the client the ability to use and develop the technology further. We’re not really trying to sell them anything, we’re trying to show them the benefits of digital technology.”

The first time the waste retrieval process was attempted in real life, the operators filled a waste container in a single day, much quicker than anticipated. A case study document on the simulator notes that the progressive training approach made this achievement possible and that Sellafield operators ‘are now able to undertake manoeuvres requiring a high degree of accuracy and space perception in the virtual world before they advance to the real equipment and working environment.’

The collaboration was commended at the Nuclear Decommissioning Authority Safety and Wellbeing Awards in the Safety in Innovation category.