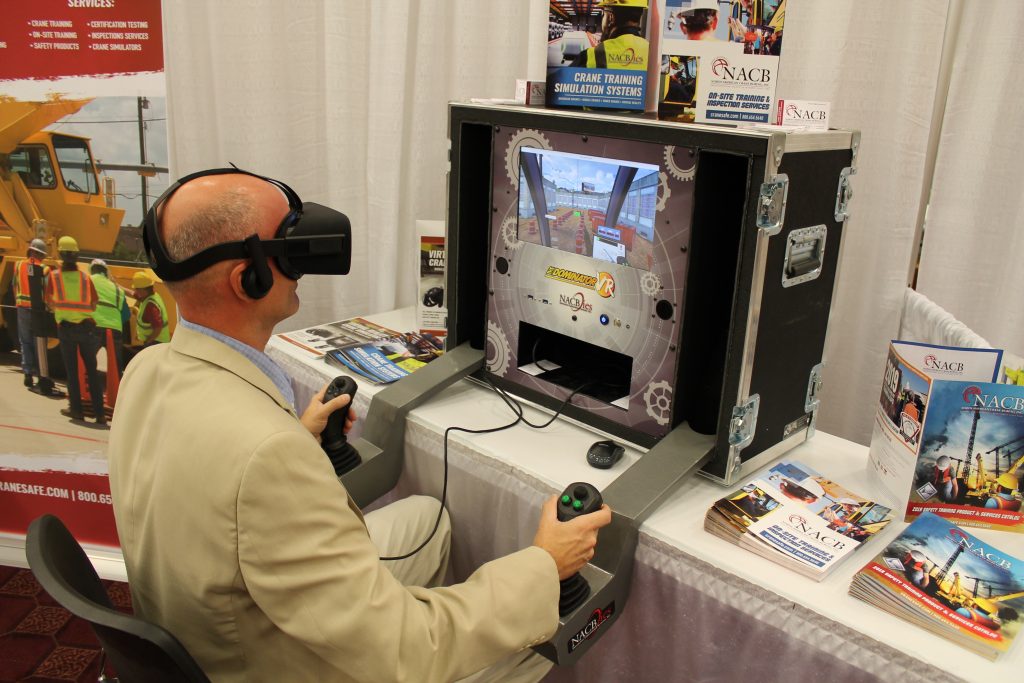 With all the hype leading up to this year’s Specialized Carriers & Rigging Association Crane and Rigging Workshop (SCRA), the show definitely did not disappoint.

More than 600 crane and rigging professionals attended the massive workshop In Phoenix, Ariz., Sept. 18-20. With temperatures nearing 40 C outside during the conference, attendees stayed cool and informed inside with keynote speaker, Dan Negroni, as he shared his six-step framework that helps companies transform their culture and workforce into a place where millennials can feel engaged, rather than disengaged.

Attendees also learned about topics such as — navigating the legalization of marijuana in construction, understanding ground-bearing capacities, crane operator certification, testing and design of cantilever beams and triangle plates, crane and rigging tech trends, and a whole lot more.

Ted Blanton, North American Crane Bureau founder and consultant, was one of three expert panel speakers who shared on the benefits and limitations of emerging technology and how it will affect the industry.

Blanton started by referring to early forms of simulation. Saying that early simulation was not nearly as advanced as it now.

“Simulation started with planes. With a man sitting in a chair on top of two crates and others beside him shaking the structure to simulate flight,” said Blanton. “Likely the first form of flight simulation.”

Chad Fox, project manager at Ruby+Associates, at the SC&RA rigging workshop talking about the design, fabrication, and testing of cantilever beams and triangle plates. Photo by Jay Koblun

He added that it was not software driven like it is today with Virtual Reality (VR). A key point of his talk was the value that modern VR brings to the crane and lifting industry. Especially when it comes to training crane operators.

“Trainees can be exposed to, and deal with, scenarios which would be fatal in real life,” he said. According to Blanton, VR can be harder than the real thing, depending on how the program is set up to run.

“VR also saves machines from a lot of wear and tear,” he said. “Allowing machines and equipment to last a lot longer.”

The trade show was the largest ever exhibit to date at an SC&RA workshop featuring 94 booths.

Adam Gall, marketing co-ordinator at WrightPlan Incorporated, was a first-timer at the workshop. And had a booth during the trade show. He said the show was a great experience.

“The trade show was an excellent opportunity to stand out from the crowd,” said Gall. “To ‘show’ your product instead of merely talk about it. A lot of exhibitors went all out with their booths by using demos, giveaways, and even magic to attract attendees — yes, there was a magician. Really makes you want to up your game for next year’s SC&RA trade show.”