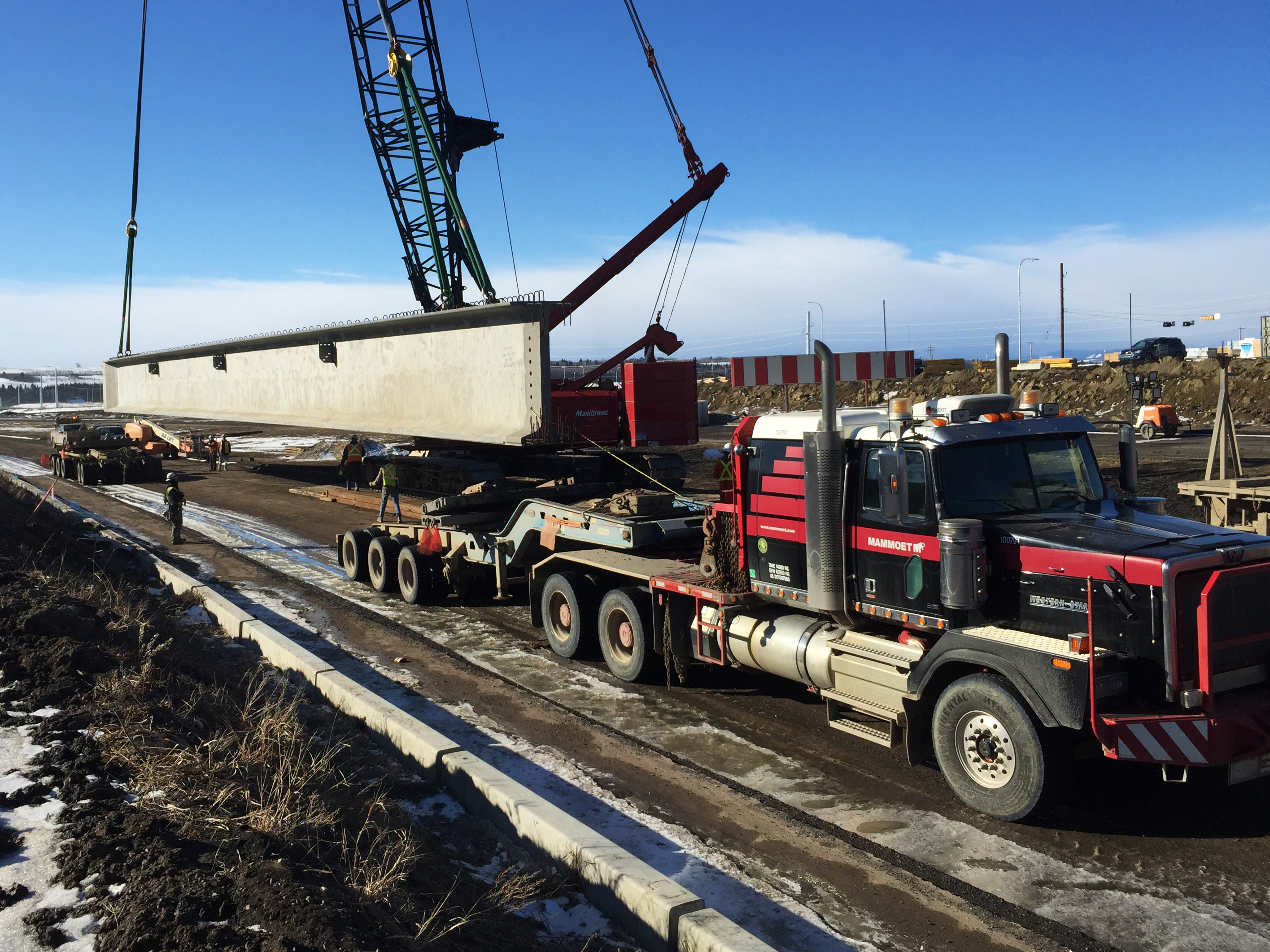 Mammoet has completed the heavy lift and transport scope for the Southwest Calgary Ring Road (SWCRR) Project, which began in 2017.

The SWCRR will improve the safe and efficient movement of goods and people in and around the Calgary area, reducing overall traffic congestion and providing effective routes for commercial vehicles transporting goods. Contracted by KGL Contractors Partnership; a joint venture partnership between Kiewit, Graham and Ledcor, Mammoet assisted in the construction of 45 bridge structures on the southwest portion of the ring road. 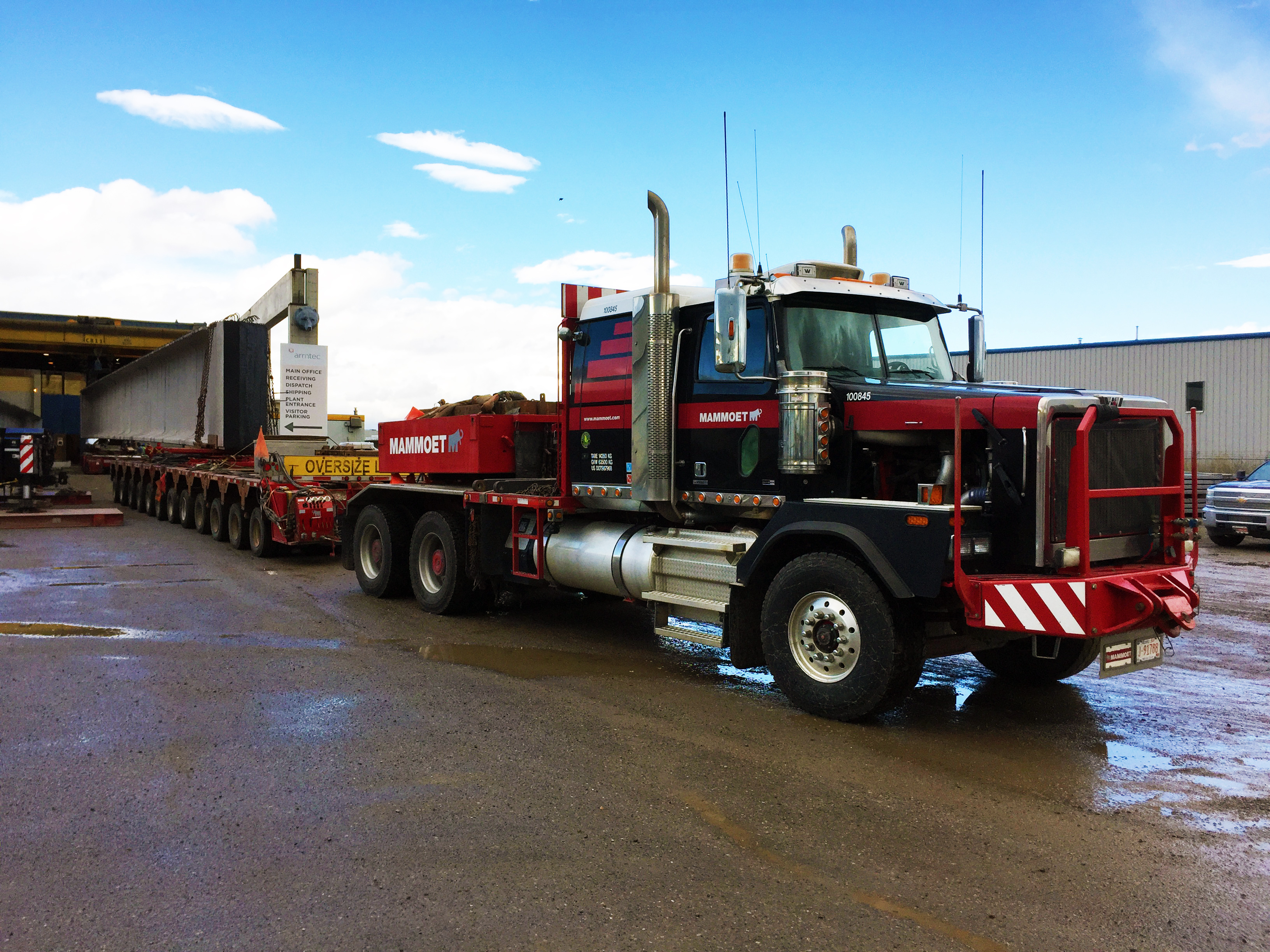 Mammoet’s expertise and combined crane and transport equipment was imperative in being able to handle more than 1,000 girders, as well as hoisting them into place. While executing the project, Mammoet teams used a variety of trailers and cranes – ranging in capacity from 58.9 to 453.5t (65 to 500 US tons) – to install the bridge girders.

The largest units weighed approximately 156t and were up to 197ft (60m) in length: these are some of the largest girders to have ever been installed in the area. During the construction, Mammoet teams transported and installed 20 of these oversized girders. Despite working through two winter seasons—where weather is unpredictable and brings arctic sub-zero temperatures—as of March, Mammoet has concluded their scope on schedule. The southwest portion of the ring road is expected to be open to traffic in 2021.

“The Calgary Ring Road was a challenging project due to its large volumes and somewhat recurrent changes.” shares Gustavo Carnelli Mariotto Ferreira, manager of transport and projects for Mammoet. “By coming together as a team, we were able to adapt to various new oversized requirements and reduce external costs. These smart solutions also allowed us to meet the client’s deadlines and assist in changing Calgary`s landscape.” Mammoet has been involved in various infrastructure projects across Canada, some to mention include the Valley Line LRT in Edmonton, and the St. Jacques Bridge in Montreal.