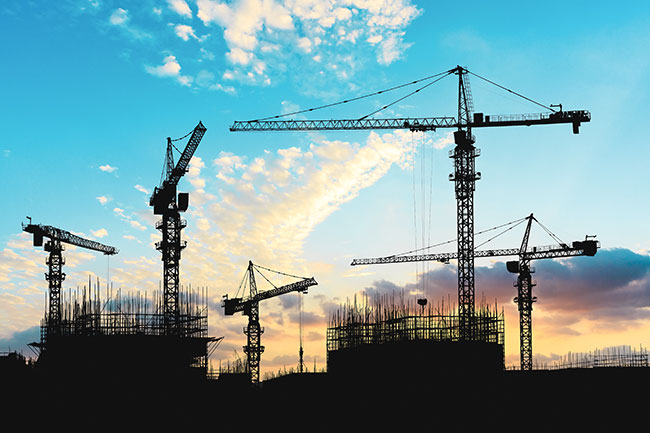 Even as COVID-impacted supply chains struggle with shortages of electronic components, building products, industrial materials and even shipping containers, crane service providers and other industry insiders report strengthening activity across Canada, with momentum potentially carrying well into the new year.

In March 2020, when the World Health Organization classified the coronavirus as a pandemic, much of the world went on pause. However, with many construction, resource and industrial activities deemed essential, hoisting systems got little rest.

“When COVID hit it felt like we got busier than ever,” Burton says. “On the jobs we were on, everybody wanted to do everything faster. They were less flexible than ever.”

Even while Bigfoot and many of its customers faced skilled labour shortages and supply chain glitches reaching the point where cranes themselves are on months-long backorder, customers exerted considerable and often unrealistic demand for services.

“It was really bizarre. We were functioning at 80 per cent and they were wanting 120 per cent,” Burton says, acknowledging contractor worries about material shortages and escalating project costs. 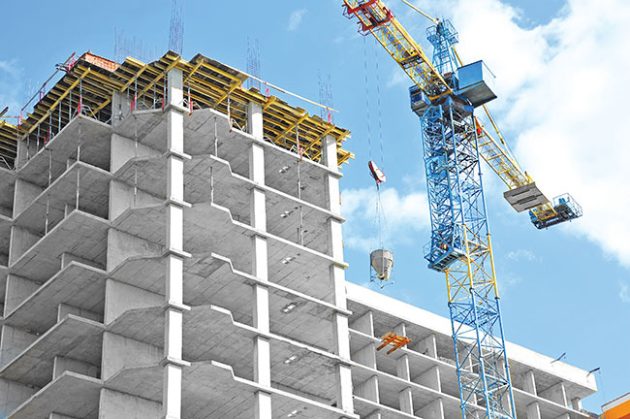 Now, with COVID at least appearing under control, Burton says he expects strong demand for crane services to continue into 2022. “We’re experiencing what I call the COVID hangover. All the jobs we were supposed to go to in 2021 but didn’t are happening now. Our next six months will be putting cranes back onto job sites, and I think 2022 will be really busy.”

However, while the price and availability of lumber has eased, many materials and supplies remain backlogged. “We have cranes ordered from the factory, and they’re telling us they don’t know when they’re going to be able to ship them,” Burton says.

“They can’t give us a timeline.”

The bulk of Bigfoot’s activity is in B.C., and Burton says demand there is strong enough that the company is boosting its presence on Vancouver Island. But Bigfoot also serves Canada’s three other western provinces, and while Winnipeg has a relatively strong housing market, Burton says the resource slump continues to slow performance in Alberta. “We’ll see what happens,” Burton says. “If oil prices hit a certain level then Alberta can turn on a lot of its production facilities.”

The indicators are mixed across much of the rest of the country. In Nova Scotia, International Union of Operating Engineers Local 721 president and business manager Joey MacLellan says the crane sector is busy with housing in Halifax and infrastructure in more rural areas.

“There’s over 30 tower cranes up in Halifax and there’s a lot of road building, including a major twinning of the Trans-Canada highway from New Glasgow down to Antigonish, so our traditional crane rental companies are all fairly busy,” MacLellan says.

While MacLellan sees this activity continuing for the foreseeable future, he points to ongoing weakness in industrial work. “We used to have a lot of industry here in Nova Scotia, but the power plants aren’t expanding and only one pulp mill is in operation.”

For years there was talk of liquefied natural gas plants, but that seems to have evaporated, though a planned rocket assembly and launch facility in Canso, N.S. is expected to draw modestly on all-terrain cranes for tasks such as steel erection, MacLellan says.

In Québec, Grues Guay vice-president Guillaume Gagnon says infrastructure has been particularly strong, with work on Montréal’s light rail rapid transit system slated to carry on for the next couple years. While no major road or bridge works are on tap — the removal of the old Champlain Bridge signals the eventual end of that major project — ongoing smaller-scale road and bridge projects should keep mobile cranes busy enough.

Work on a refinery, delayed in 2020, is back on the table and stands to create considerable need for hoisting services, and mining activity has gained traction in the province. “Investment is up, and we help build and maintain the installations they use to extract and process minerals and ship them around the world,” Gagnon says. “We’re really optimistic.”

When supply chain issues began to appear, Grues Guay moved quickly to acquire multiple cranes, including a bevy of boom trucks and rough and all-terrain heavyweights. “We know it’s going to take longer to get them, so we now order new equipment more in advance in order to minimize delays affecting our rental fleet,” Gagnon says. “We’re also stocking parts we know will be harder to find.”

Cranes across much of Canada have kept busy with a housing boom that has seen sharply rising real estate prices coupled with considerable new builds. While many urbanites flocked to rural areas during COVID, demand remains strong enough in urban centres.

“We’ve got more cranes up in the GTHA (Greater Toronto and Hamilton Area) than probably the next four or five cities in North America,” says Richard Lyall, president of the Residential Construction Council of Ontario (RESCON).

While residential construction remained green-lighted as essential in Ontario, supply chain disruptions, personnel shortages and other related issues did slow projects down enough to create what Lyall calls a pig in the python effect. Now, with light at the end of the COVID tunnel, projects are gearing into full swing with immigration numbers rising once again and housing demands keeping pace.

“We’ve got so much stuff in the pipeline that we’ve got to put up, we’re going to be busy,” Lyall says.

Despite the sense that housing-related activity largely remains on track, retirement continues to outpace the training of new workers, and Lyall has his eye on the market for skilled labour. “We’re in a period of turmoil right now,” he says.

“We’ve got a number of initiatives underway on training and apprenticeship reform, women in construction, and diversity. But things aren’t really going to settle out until 2023, when housing supply forecasts and our labour requirements are forecast to be stable.”

An eye on the economy

Lyall is also watching the overall economy, given that the last half of 2021 was marked by rapid, sharp inflation. He says he anticipates this carrying on into 2022 before possibly starting to eventually level off.