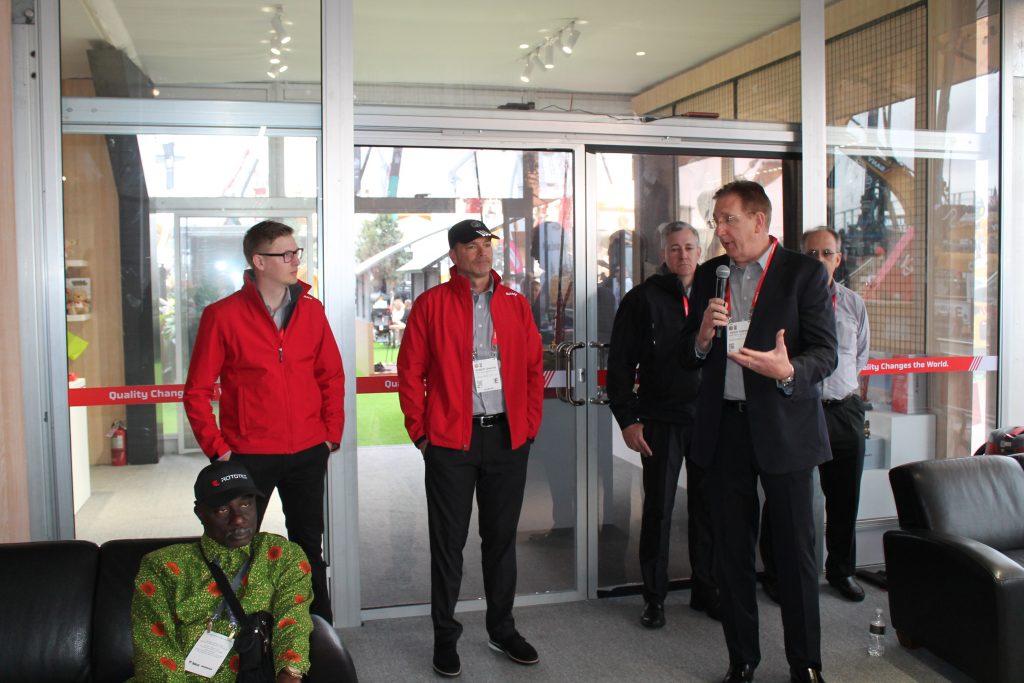 A little rain didn’t slow down the Dancing Excavator demo at Sany America’s CONEXPO/CON-AGG booth in Las Vegas on Mar. 10. Nor did it stop CEO Doug Friesen from talking about the company’s vision for the Canadian market and its plan for the crane industry.

“We’ve got a little Sany stunt show we’re going to show you,” said a Sany presenter. “We’re not going to let some rain stop us from showing you just some of the capabilities of our excavators.” 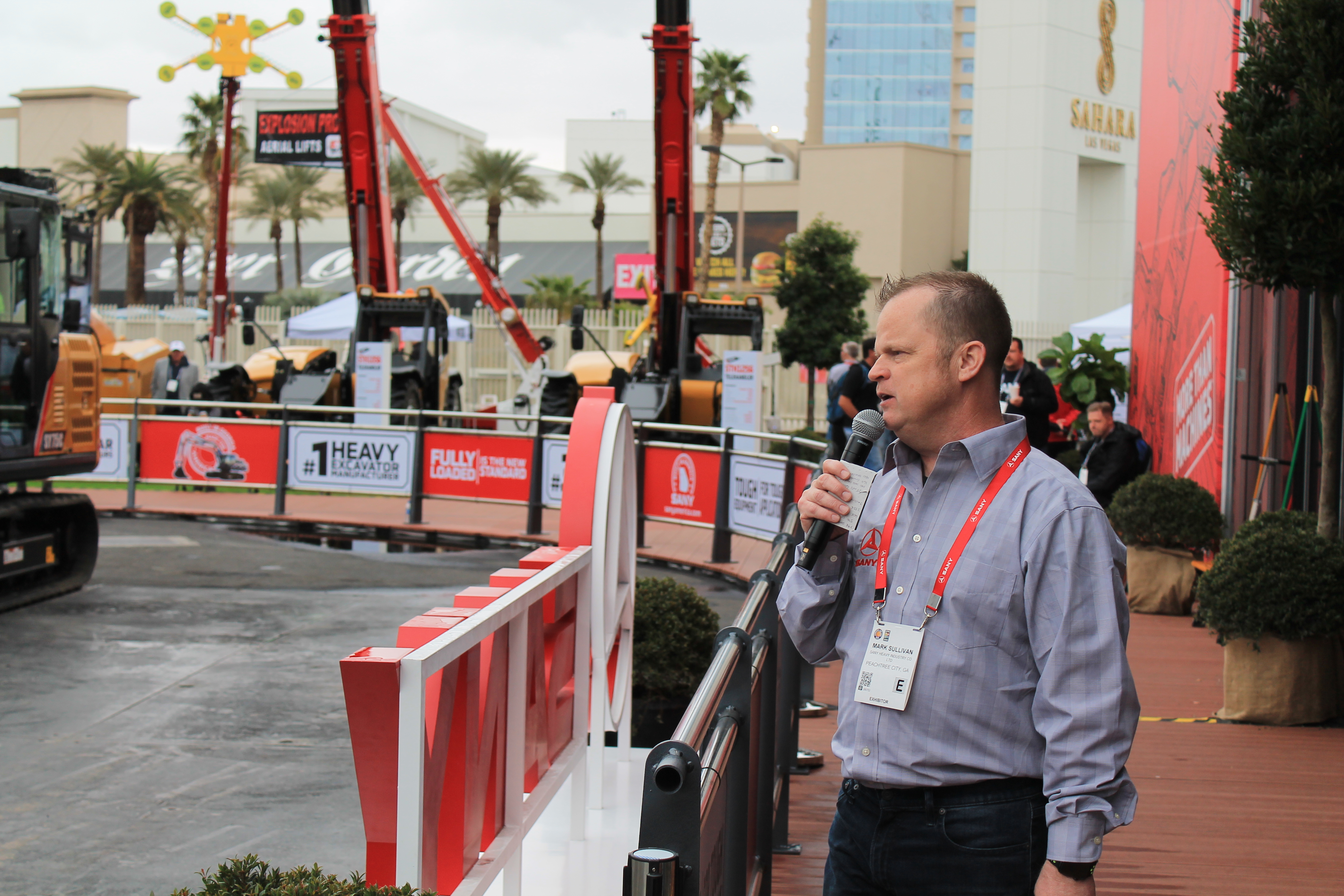 Sany brought in three highly skilled excavator operators to show the crowd how far the machines could be pushed and what customers can expect of them.

“We want you to know how well they’re built; how smooth they operate,” the presenter said. “These machines you see right here are built in the state of Georgia, made for America.”

The slogan “Built in Georgia, Made for America” was shared often around the large outdoor booth. And CEO Doug Friesen spoke on how that translates to the entire North American market. He said Sany began working on how to better serve the Canadian market Jan 1, 2020.

Friesen said during this transitional period Sany will continue to support the Canadian market as it has been as he is expecting it to grow; however, those looking for Sany cranes may have to wait a bit longer.

“I come from the crane world. Was with Terex for many years. Demag cranes for a time. When I first came to Sany we were still selling cranes, but I asked us not to,” said Friesen, adding when he first came to Sany the company was having a little bit of an issue with cranes so he stopped selling.

“Immediately we put engineers on the R and D [Research and Development] side, starting to reengineer cranes for this market,” he said. “And then any crane that we had in the market, we tried to take care of them from the Sany perspective. Now we are ready to come back to cranes. Slow. But we are going to come back right. 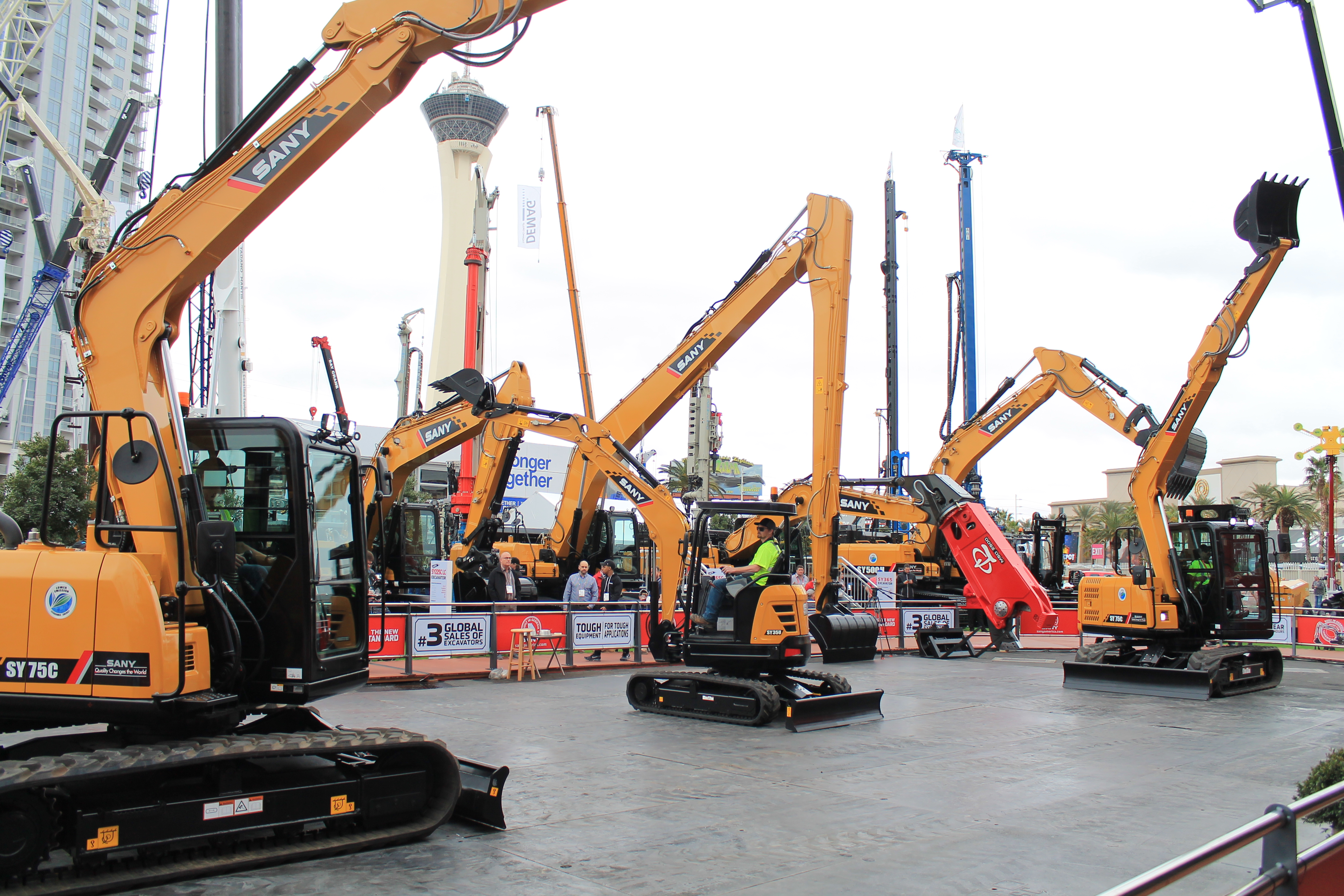 SANY displayed several of its brand new excavators being displayed for the first time in the North American market. Demos showed just how far the machines can be pushed. Sany’s two cranes will be available before fall. PHOTO: Jay Koblun

“I’m not eager that I have to flood the market with cranes. I want to make sure we do it right. So we are going to put this in the hands of a few good people, make sure they are right before we go into any mass production, or mass sales if you will.”

There were two cranes on display on CONEXPO/CON-AGG and Friesen said those will be the two Sany leads with and they are expected to come to America around July.