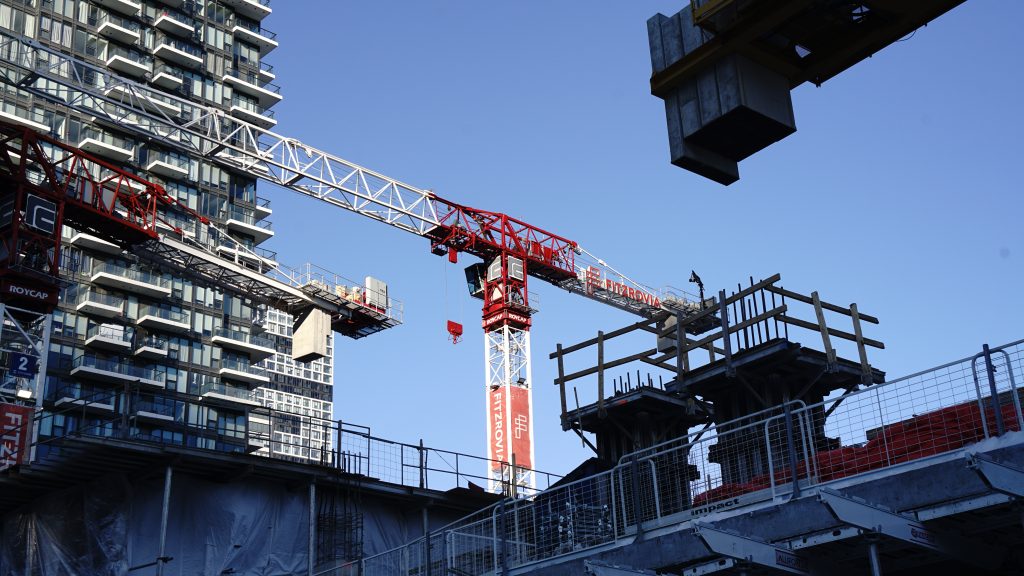 When Dorothy King arrived for her first assignment as a tower crane operator, she was asked if she was onsite to work in the office.

“I said ‘yeah, the office in the sky’,” King said, noting her coworkers didn’t believe her until she began climbing the crane. “I think it shocked some people, but it doesn’t shock them anymore. It’s somewhat normal to the guys I work with now.”

For King, working in a male dominated industry has always been a career goal.

“I always wanted to do something that you wouldn’t typically see a woman doing,” King said.

Before becoming a crane operator, King worked in a diesel engine repair shop. Although automotive work is one of her hobbies, she wasn’t interested in pursuing it as a career. However, the shop had a pair of yard cranes, which sparked an interest in crane operation.

“I wanted something that was challenging and different,” King said. “I knew I wanted to get into the trades. The trades will never die, there’s always something going on in the trades.” 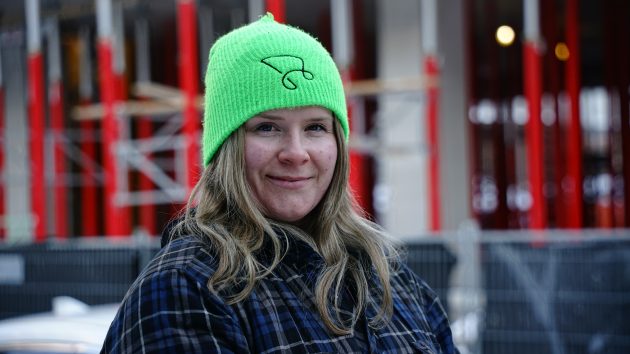 Seeking a job in the trades, Dorothy King found a career as a tower crane operator. (Image: Bill Tremblay)So, she found the union hall representing crane operators (IOUE Local 793), wrote an aptitude test and began her wait for an apprenticeship.

“Normally, they would only bring in apprentices at the beginning of the year. At the time, it was September, so I had quite a bit of time to wait,” King said. “I kept calling them and bugging them asking ‘when are you going to bring me in?’”

“I got pretty lucky with the site that I was on; they were pretty flexible. But I did spend my fair share of time on the ground as a rigger. It was all a learning experience, King said. “I had some foremen tell me I’m a pain in the ass. I’d always be asking ‘can I go up today?’ I wanted to be up there more than I wanted to be on the ground.”

King received her operator’s license in February 2020. Her first job as a crane operator was on the team assigned to build a new police station in Barrie, Ontario.

“It was a two-crane site, and only a five-story building, so it was a good introduction into construction, and it let me get my feet in the dirt a little bit,” King said.

Her second jobsite was The Well, a seven-building, mixed-use development in downtown Toronto.

“The Well was an eight-crane jobsite,” King said. “It was crazy to go from two cranes to eight cranes. But at the end of the day, I operated every single one of them, which I appreciated. I was able to broaden my knowledge on each crane.”

In her two years as an operator, King has yet to meet another woman working in the trade. While most people on site treat her as equal, a few men onsite are vocally skeptical.

“You get the old school guys who are like ‘I don’t know about this’,” she said.

Her solution is to challenge her critics, with an “If you don’t want me doing it, you’re welcome to do it” response.

“People might not like that you’re doing it, but at the end of the day, they won’t do it,” King said. “People have a lot to say until they’re being put in the spotlight to do it themselves. Then, it’s their tail between their legs.”

Her advice to other women in construction is to keep their head up and continue to push forward.

“People will say negative stuff. But at the end of the day, they won’t climb up there,” she said. “You learn to ignore what’s not important.”

She added her work as an operator speaks for itself.

“Not to brag, but I’m running the tallest crane on my (current) site,” King said.

While she hears the occasional smack talk, seeing a new development rise from the ground up delivers an unwavering sense of pride.

“You feel accomplished. It’s like ‘wow, I did this’” she said. “And I just like climbing up every day and literally being on top of everything. I wouldn’t say it’s a rush, but it’s different.”

To promote construction as a career path for women, and help them thrive in the industry, Crane & Hoist Canada and seven other Canadian construction magazines have joined forces to host the virtual event Women in Construction on March 10, 2022.

The editorial teams have put together an impressive lineup of panelists, including Laura Hutt, founder of Women in Steel Toes (WIST). Hutt explained Canada’s construction industry is creating numerous initiatives to help welcome women to the trades.

“We’re seeing a lot more of a push for diversity and inclusion programs, and even programs directed at hiring and training women specifically,” Hutt said. “Getting past the initial step of hiring more women, I think we still have some internal work to do within our industry to help cut out some of the biases and negative stereotypes.”

While more women see construction as a possible career choice, Hutt would like to see more initiatives to create a more welcoming industry.

“I think we’re definitely growing positive awareness, but there are still a lot of things we can do better at to advertise to a more diverse population and make the industry more personable,” Hutt said. “Something as simple as finding proper workwear can still be a challenge.”