Features Cranes Technology
The Skycrane: How NASA’s Perseverance rover will land on Mars 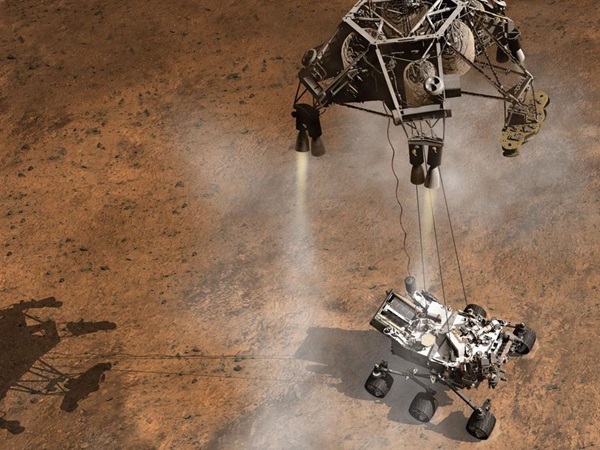 NASA's Curiosity rover descends to the surface of Mars in this artist's illustration. Photo: NASA/JPL-Caltech

When NASA’s Perseverance rover lands on Mars this afternoon, the robot will owe its safe passage to one of the most unlikely pieces of technology developed since the dawn of the Space Age: the Skycrane. This seemingly sci-fi system sees the rover perilously dangle beneath a hovering rocket-powered spacecraft before being gently lowered to the ground (think Tom Cruise dropping from the ceiling in Mission Impossible).

Though once considered an unrealistic solution to the problem of landing large craft on other worlds, today, engineers are confident the strange tech works. NASA has already successfully deployed it once. In 2012, the Skycrane safely set down the Mars Curiosity rover on the Red Planet. But when engineers first cooked up the idea nearly 20 years ago, few were sold on it. Astronomy reports. | READ MORE