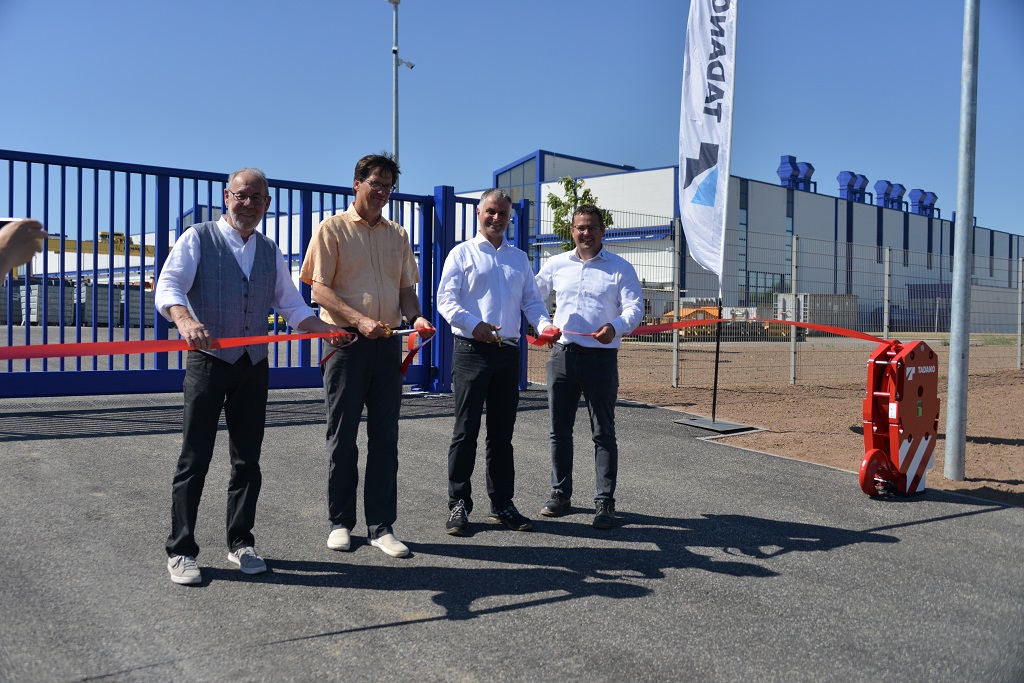 On July 19, Tadano put in a new access route to its Wallerscheid plant was put into service with a formal opening ceremony.

“The new vehicle access route is an important project for our company as we move ahead with OneProduction and the creation of our centres of excellence in Lauf and Zweibrücken,” said Dr. Jan Wieser.

Under OneProduction, the carriers of all Tadano cranes will in future be made in Lauf, and the superstructures in Zweibrücken. Final assembly of the cranes will also be done in Zweibrücken – hence the need to reconfigure the infrastructure at the Wallerscheid site.

“The new access route is an important milestone in this process. It will optimize material flows and work processes, which will improve productivity at the plant,” said plant manager Peter Orfey.

In concrete terms, the new access route will cut on-site travel distances at his plant by about 50 per cent. The project will also result in much nicer and more user-friendly setting for customer handovers, which in future will take place exclusively in Zweibrücken.

The project also has major significance for Tadano’s own development.

“It shows that we are well on the way to OneTadano, that we are becoming increasingly integrated and moving ahead at pace,” said Dr. Wieser.

The company still has a few more steps to take in its OneProduction journey.

“The next step in our plan is to build a new, state-of-the-art washing and inspection hall,” said Benjamin Schaal.

And the plan is nothing if not ambitious: by the end of this year, the company aims to start transferring finished carriers from its plant in Lauf to its Wallerscheid plant for final assembly. There they will be fitted with their superstructures and booms.