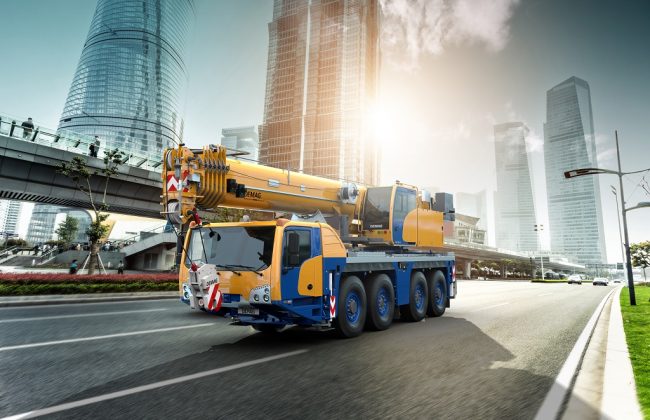 The companies' management, under the leadership of Jens Ennen, will now continue to drive forward the implementation of remaining restructuring measures. Photo: Tadano Demag

“By court order dated March 31, 2021, the Zweibrücken Local Court released the two companies from the proceedings after a successful reorganization in self-administration. The respective applications were initially filed in October 2020,” said Tadano in a statement.

The two companies completed a complex restructuring process, which featured a broad range of actions that extend across all areas in the company. Regular operations can now resume. Many of the operational restructuring measures defined in the plan were already initiated and implemented during the proceedings.

The companies’ management, under the leadership of Jens Ennen, will now continue to drive forward the implementation of remaining restructuring measures.

“We are now strong and competitively positioned for the future due to the close integration of the sites in Lauf and Zweibrücken, we will be able to make the best possible use of their respective strengths in the future and serve the needs of our customers even better. In the future, Tadano will stand for quality and innovation more than ever.”

The restructuring plan includes an efficient and strategic use of resources, for example through the centralization of administration and sales and the implementation of the company’s centres of excellence. In essence, the production processes at the Zweibrücken and Lauf locations will be co-ordinated more efficiently and the two companies’ best characteristics and strengths will be used in a targeted manner.

The organizational realignment of the companies will allow an even stronger focus on the development of new and innovative products and the future modernization of the product portfolio. The overarching goal of all measures is to develop quality, strong products and to respond to customers’ needs with maximum flexibility.

“The legislation had a situation like that of the German Tadano in mind when it included the protective shield proceedings in the insolvency code. Tadano seized the opportunity provided by the protective shield proceedings and resolutely initiated the comprehensive restructuring of its German subsidiaries with the strong support of all parties involved,” said Martin Mucha, Chief Representative of Tadano Demag and Tadano Faun. “A necessary step, but also a courageous one in these difficult times, which will be rewarded in the end. I am pleased to have been able to play a part in this restructuring process.”

“Tadano is another example of how, with the involvement of the key creditors, protective shield proceedings can lead to sustainable restructuring success very quickly, efficiently and in a balanced way, thanks to the contribution of all creditors,” said Arndt Geiwitz, trustee of Tadano Demag and Tadano Faun. “The combination of self-administration, the appointment of a trustee, and further control by a creditors’ committee and the insolvency court, promises the creditors and the company a transparent and easy to plan restructuring process.”