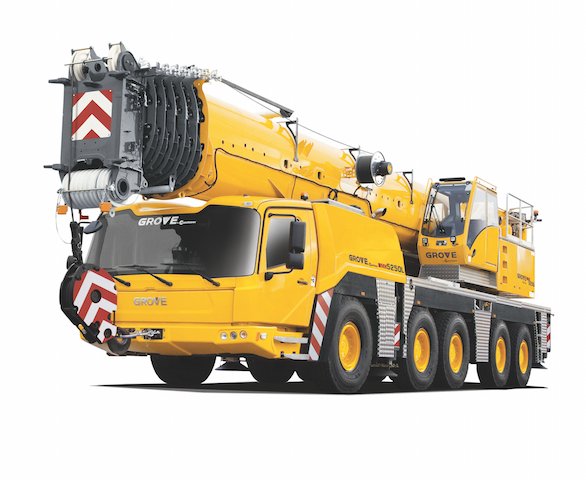 However, the Wisconsin-based manufacturer is keeping details “under wraps until the show itself,” the company said in a recent news release.

“We are unveiling a number of cranes that should surprise and delight customers,” the release quoted Barry Pennypacker, Manitowoc’s president and CEO. “As a company we’re committed to bringing greater velocity to our operations, and introducing new products more rapidly to improve the return on invested capital for our customers.”

Cranes the company has confirmed for its ConExpo 2017 booth, G3348 in the Gold Lot, include the Grove GMK5250L and GMK5150L all-terrain models. “These two long-boom units are both appearing for the first time at a trade show in North America,” the release noted.

Also confirmed for ConExpo 2017 is the 75-tonne Grove GRT880 rough-terrain crane, also being displayed publicly for the first time on this continent. It features Manitowoc’s Crane Control System, or CCS.

ConExpo will also feature three Potain tower cranes — the self-erecting Hup 40-30 from a range unveiled in 2016; and two top-slewing models, the MD 559, and the topless MDT 219. Both feature CCS.

Also on the stand will be a NBT 40-1 series National boom truck.