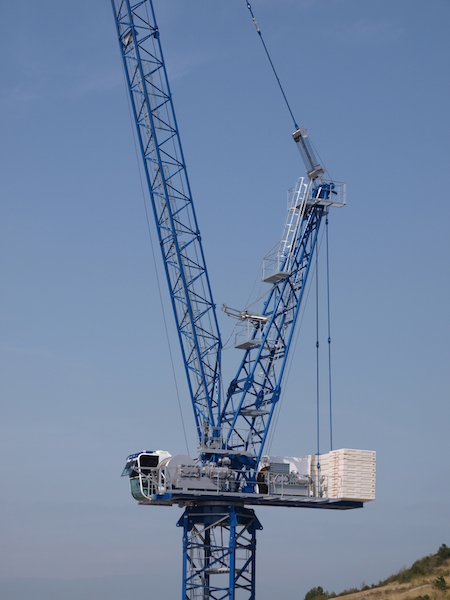 For the first time ever, Linden Comansa America will display a luffing-jib tower crane at a North American exhibition.

The company, a subsidiary of the Spain-based manufacturer, is bringing the LCL 310 luffing-jib tower crane to ConExpo-Con/Agg this March in Las Vegas.

Linden Comansa (booth G2789 in the Gold Lot) will also highlight new developments and original flat-top cranes launched during the year leading up to ConExpo, the company said in a news release.

The LCL310 comes in 12-, 18-, and 24-ton versions with maximum jib lengths of 60 metres and jib lengths every five metres, the release said.

An electric crane, it has a compact, out-of-service position and reduced hook radius, making it “ideal for use in cities or congested job sites,” the release said.

Meanwhile, Linden Comansa will launch the largest luffer in its lineup, the LCL 700, a few weeks before ConExpo at the company’s headquarters in Spain. It comes in 50- and 64-ton versions. More details will be available at the ConExpo booth.