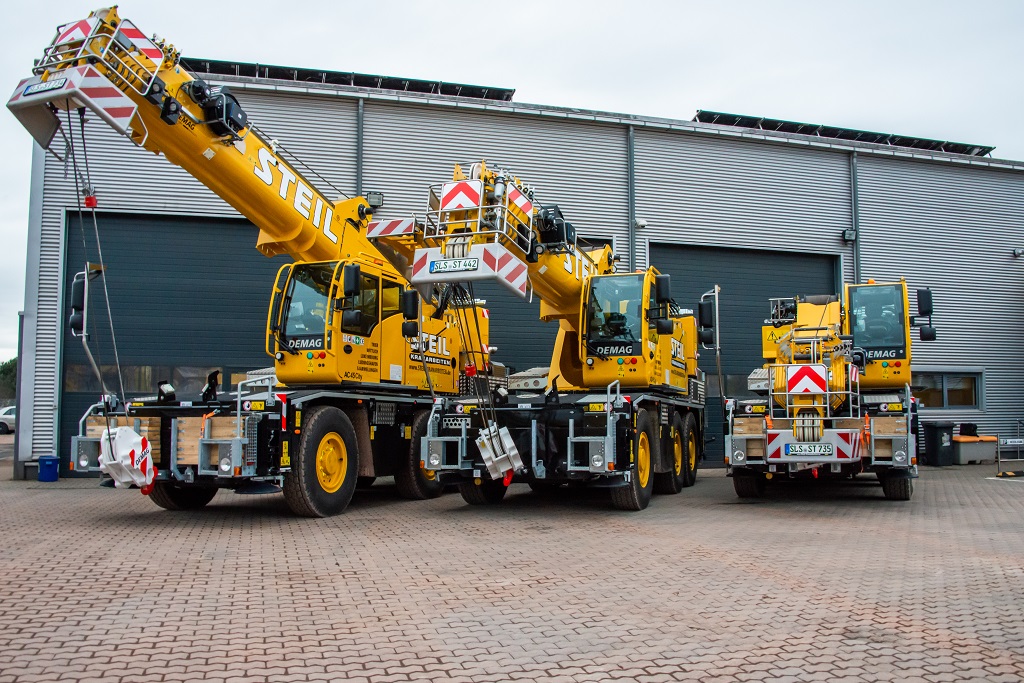 Zweibrücken, Germany – Steil Kranarbeiten recently added three Demag AC 45 city cranes to its fleet. One of them will remain at the handover location in the Saarland municipality of Saarwellingen, another will be stationed in Bierbach, and the last one will be going to Ludwigshafen in order to work on jobs for BASF. 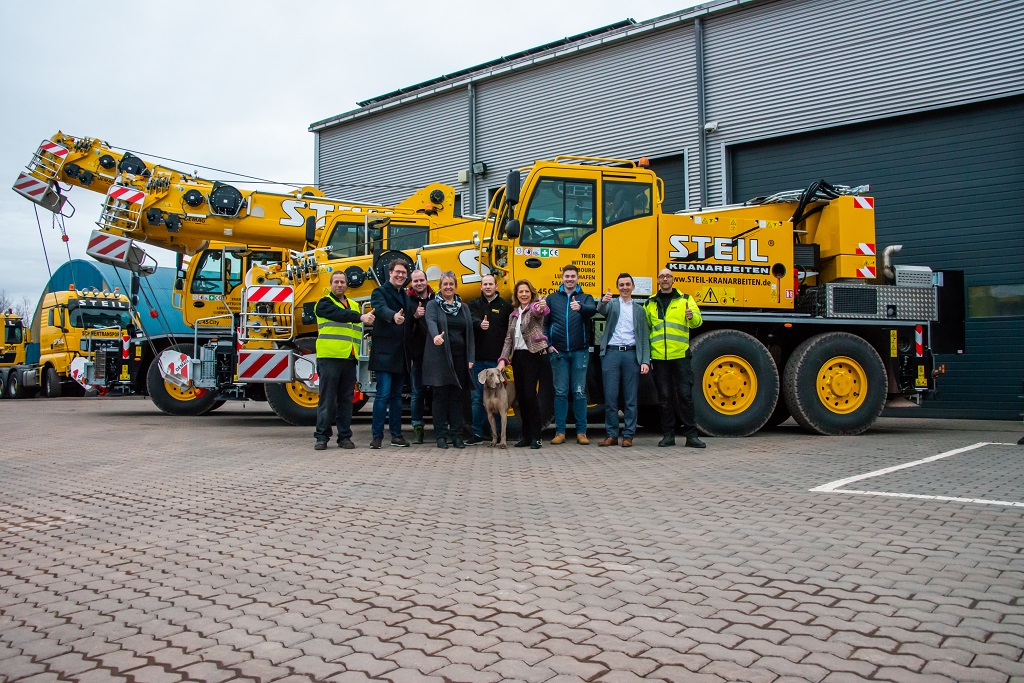 Nearly the entire Saarwellingen location team, including General Manager Birgit Steil and authorized signatory Daniel Gödert, was there to take delivery of the crane.

“We were already using an AC 40 City, which was completely unbeatable at tight work sites thanks to its compact design – in fact, we called it our ‘two-wheeler’,” Daniel Gödert says.

He explained that the company’s good experiences with the AC 40 City basically meant that deciding on its successor was only natural, especially since the latter’s performance characteristics are significantly more impressive in many areas.

“We’ll be using the cranes primarily indoors, as that’s where they can really shine with their compact dimensions and their ability to steplessly telescope the boom while under load. In fact, the AC 45 City is considerably more impressive than its already-great predecessor in this regard,” he points out.

As other advantages for indoor work, he mentions the runner with its boom head traverse, which can be used to reach just under the ceiling and take advantage of those final crucial centimetres. He also has words of praise for the Flex Base continuously variable outrigger extension system – not only because of the greater lifting capacity, but also because of the safety that comes with the crane operator being able to see the range in which they are moving with their crane at any time on the monitor.