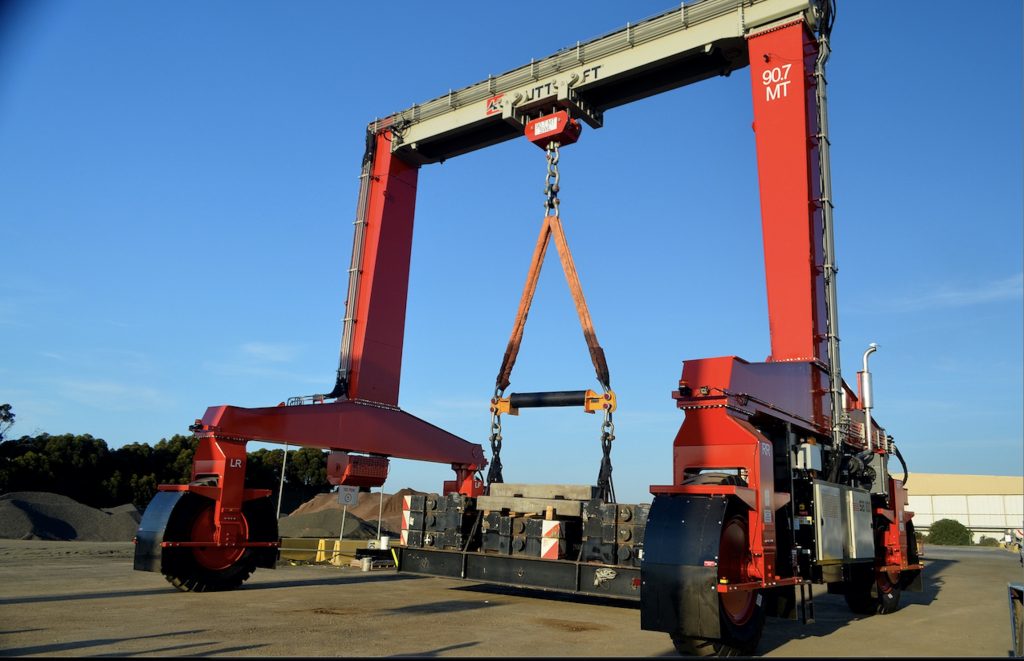 The new Shuttlelift cranes, tested to 91.5t, will be utilized by the end user to lift pre-cast super T-beams at a manufacturing facility in the city’s western suburbs. They had to be load tested prior to being put into service to comply with Australian Standards; they will also be subjected to periodic testing to maintain that compliance. 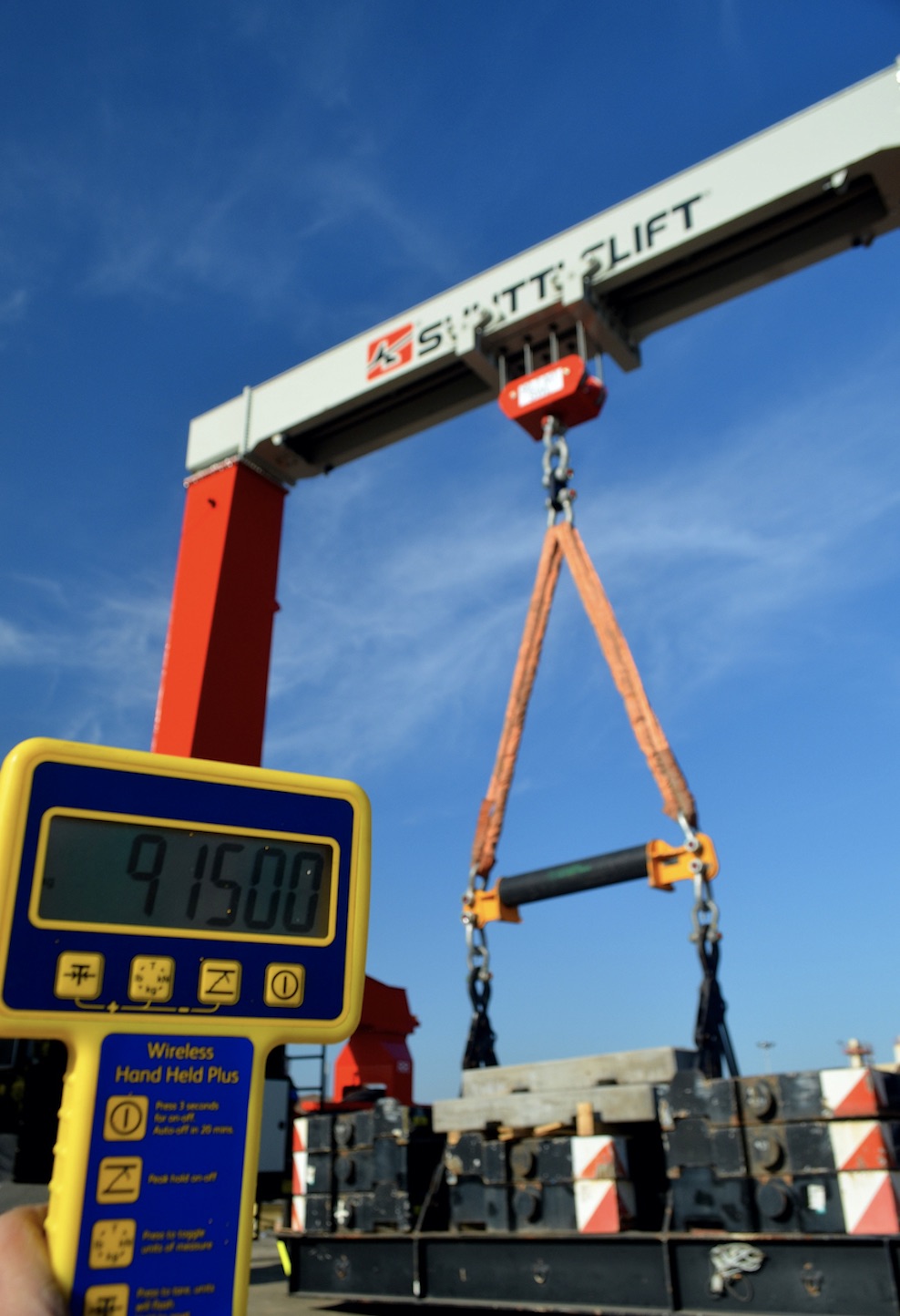 The Radiolink plus, SP’s best-selling product, was used with the Handheld plus reading device.

The Radiolink plus combined with a pair of 120t capacity shackles, 100t capacity roundslings and a 145t capacity Maxirig spreader beam. The owner of the cranes engaged the services of its mobile crane provider to assist with the counterweights, which in turn requested Dynamic to provide the rigging gear to lift the counterweight tray and the calibrated load cell to record the tests.

“It’s a valued partnership we have with Ross Johnson [general manager] and his team at Dynamic. The mobile crane provider used one of its Franna pick and carry cranes to place the counterweights in the superlift tray and the set up of the load cell and rigging gear was also uncomplicated,” said Dean Nelson, CEO at Elevate. “The readings were monitored by the crane technicians who used the load cell to make adjustments to the scale system on the cranes. Both cranes were load tested and had their operating systems set within an afternoon. The following day saw operator training and the cranes finally placed into service in a very busy pre-cast yard.” 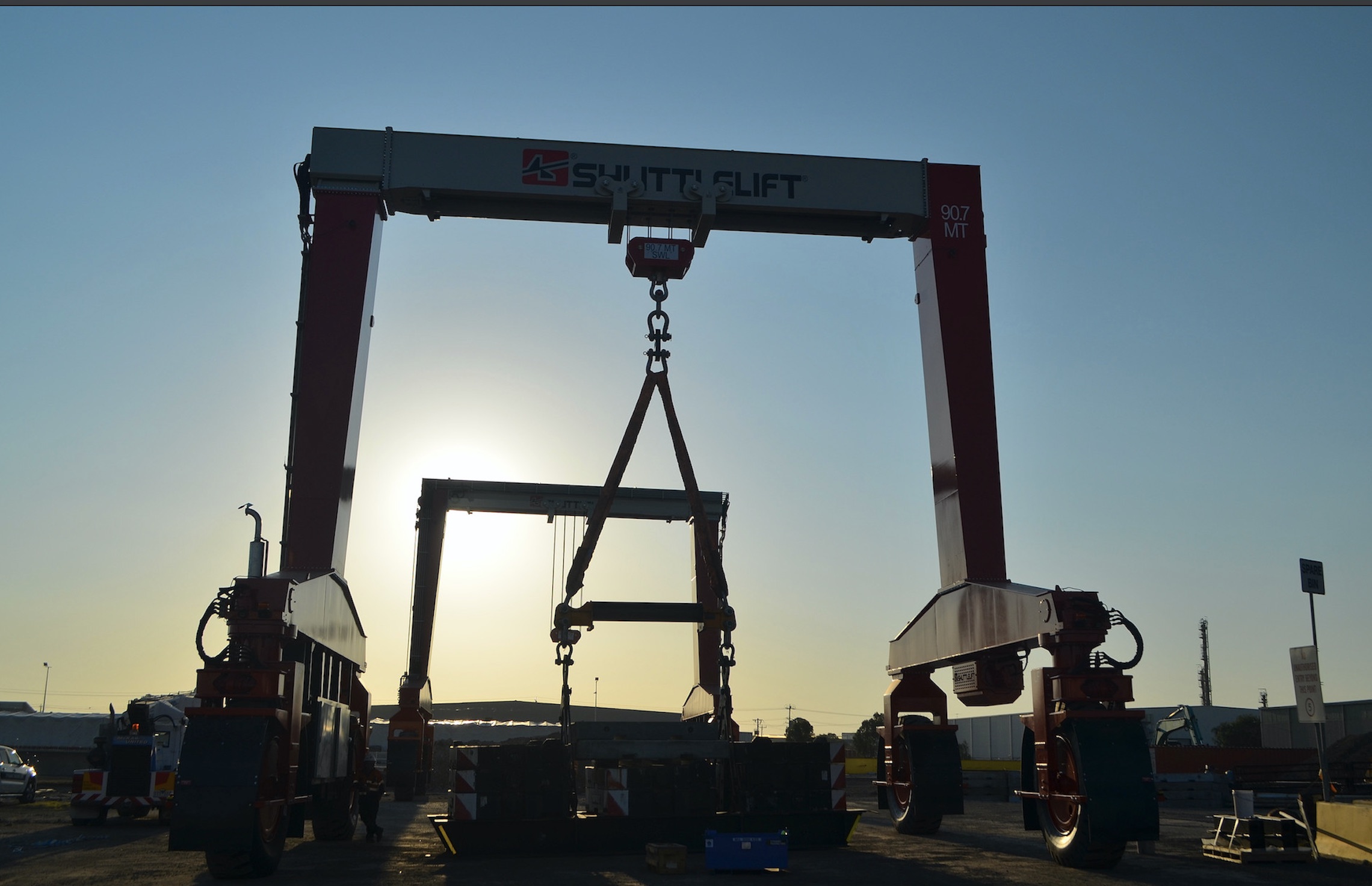 The new Shuttlelift cranes were tested to 91.5t.

The Radiolink plus, SP’s best-selling product, was used with the Handheld plus reading device, which enabled the rigging team to monitor the cranes at a safe distance. They utilised the long-range 2.4GHz version providing a wireless range of 1,000m (3,280 ft.). However, Bluetooth output can also be utilised, connected to any smart phone running the manufacturer’s free HHP app (named after the Handheld plus) on iOS or Android at ranges up to 100m (328 ft.).

“The Radiolink plus has been widely covered in earlier case studies, but in every application its various features are showcased at the coalface of our industry. We strive to provide more for our customers and have made a name for ourselves and built a reputation in the lifting and rigging industry by providing a standard of quality in our products unlike any other. SP’s technology aligns with that ongoing strategy,” said Nelson.