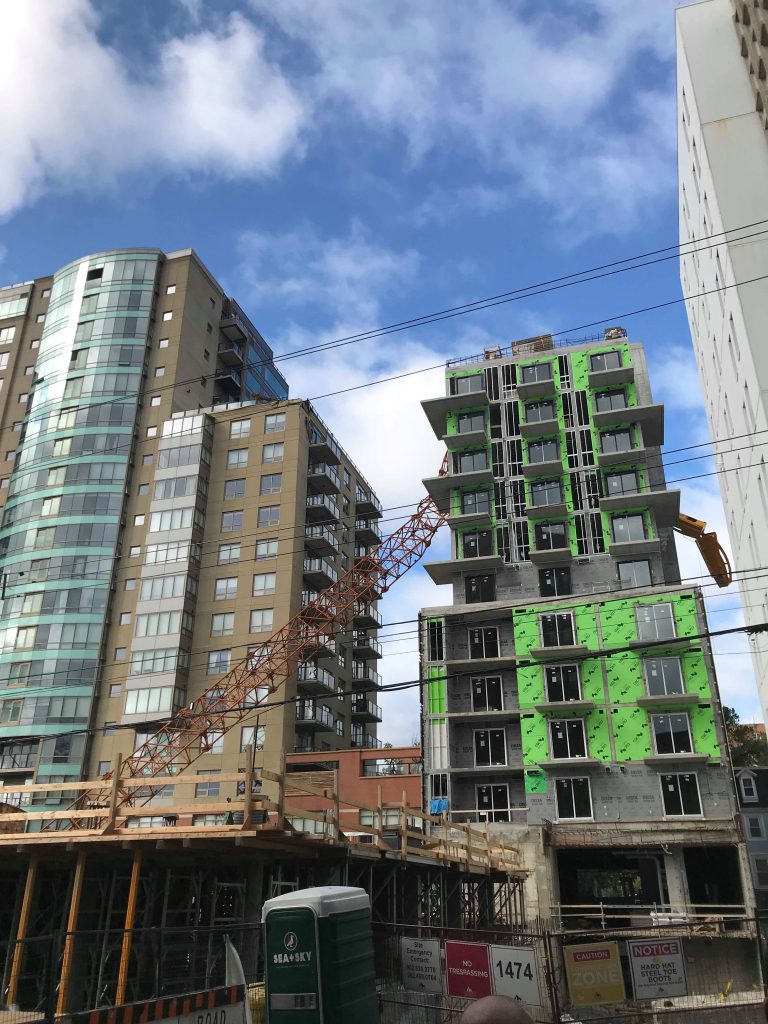 Over one year has passed since the tallest crane in Halifax, N.S., collapsed onto the roof of a nearby building and the official report into the incident has still not been released.

“As you can appreciate, the crane incident is complex and requires a thorough investigation,” said a representative of the Department of Labour and Advanced Education (LAE). “LAE has committed to releasing a summary report once our investigation is complete, which is expected in the coming months. Our investigation is ongoing. We have no further information to share at this time.”

Sue Uteck, executive director of the Spring Garden Area Business Association, says she knows it’s common for this sort of report to take a year or two to complete. But given the circumstances, she expected that more information would have been released by now.

The crane collapsed on September 7, 2019, as Halifax was hammered by Hurricane Dorian. While LAE’s forthcoming report will hopefully determine exactly what caused the collapse, a heavily-redacted engineer’s report that was obtained by Global News in January could shed some light onto the incident.

The review of the collapse prepared by BMR Structural Engineering noted that the turntable of the crane had malfunctioned in May of 2019 and that the “top kit of the original crane was removed and a new top kit from a different crane was installed.” One of the largest sections of the report titled, “reasons for collapse” was redacted.

The removal of the collapsed crane was delayed for weeks as the various involved parties attempted to determine which would be liable. Eventually, the province declared a localized state of emergency, assuming liability for the clean-up so that it could proceed, with the intention of recovering their costs in the future. The removal was finally completed in November.

A class-action lawsuit has been filed on behalf of businesses and residents who were displaced in the aftermath of the collapse. Along with W.M. Fares Architects Inc. and W.M. Fares and Associates Inc., the suit also names the owner and operator of the crane, Lead Structural Framework Ltd., and the designer of the crane, The Manitowoc Company Inc.. as defendants. The suit alleges that the plaintiffs have suffered financial and psychological harm and that the defendants are responsible for “losses, injuries and damage.”

“September is the busiest time because we have the return of the students and this is when we get the biggest volume of cruise ships in,” says Uteck. “Normally in September, we have around 72 cruise ships, so there were all those tourists. The crane itself became a bit of a photographic marvel for visitors, but not for the merchants who couldn’t get access.”

While no businesses in the area actually went out of business due to the collapse (Uteck notes that a café did close, but that the COVID-19 pandemic was a major factor), it was a significant financial hit for the area. However, at a time when those businesses are struggling through pandemic-related downturns in businesses, recompense would be very timely.