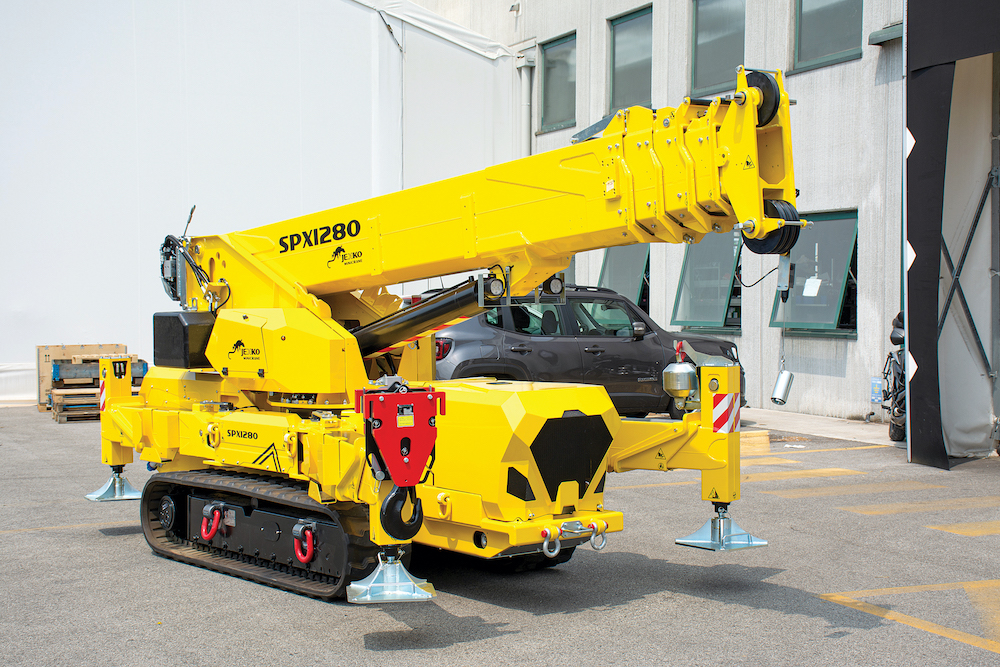 Jekko recently designed one of their cranes for air transport and parachuting. Photo: Jekko

The versatility of mini cranes has been expanding rapidly over the past decade.

Once largely considered a tool for glazing installations, these small cranes have been becoming popular for a wide variety of applications including construction, landscaping and more.

Jekko, a mini crane manufacturer based in Italy, recently designed one of their cranes for an entirely new application: air transport and parachuting.

“The cranes will be used to do service on the new Airbus A400M military cargo planes. When an airplane has a breakdown in a foreign country, the cranes will be transported by another A400M to assist on repairments and maintenance. Of course, they will also be used on the military airfield in Belgium when there are service or maintenance jobs to do on the airplanes,” says Davy Bintein, Rentalift sales manager and official Jekko dealer for Belgium.

The SPX1280: A specific solution

“The most important thing that was adjusted is the chassis: instead of a three-part chassis, these cranes have a one-full chassis, provided with anchor points regulated to the NATO STANAG regulations – in order to cope with G forces when the plane is taking off, landing or turning. The windmeter on top of the boom, the special designed towing points, the customized extra air filter make this crane suitable for this type of customer,” Bintein says.

“This adaptation of the crane is characterised by the chassis, which in this case consists of a single element and by the addition of an anemometer that allows the wind speed to be read on the display of the remote control. In addition, we have also fitted a cyclone filter with a clogging sensor to further filter the engine air in dusty environments. In this case, the configuration of the machine was with main boom only, in order to be able to operate by winch,” adds Marco Zava, Jekko’s research and development technical director. 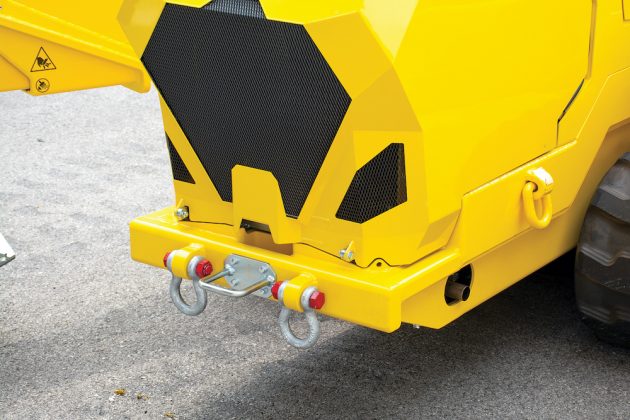 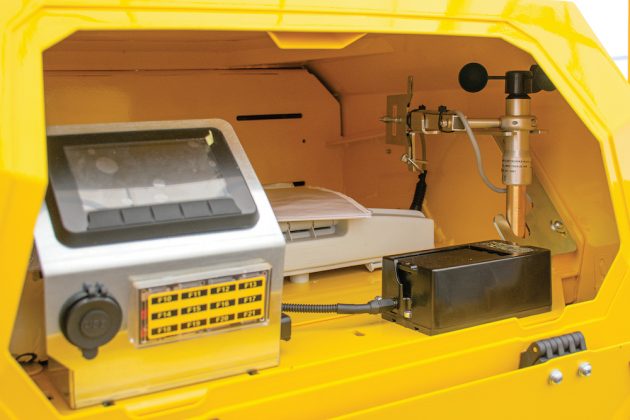 The SPX1280’s frame is built with several anchor points for securing the mini crane on a plane and for parachuting the unit, if required.

“The aim was to adapt a normal crane to be transported by an aircraft. It was therefore necessary to check and modify the frame and anchor points so that they could withstand the loads and accelerations of the aircraft during take-off, turning and landing. In addition, it was also necessary to secure all those components that are not fastened during normal transport,” Zava explains.

The unit also features a cold-weather kit for starting the engine, and filters for working in dusty or sandy environments. The SPX1280 is designed to work in any environment ranging from the freezing temperatures of the arctic to inhospitable heat of the desert.

Bintein says this mini crane should do well in the military sector.

“I believe there is a market for these cranes, especially in the military sector, because lots of countries are ordering or buying the A400M, and this crane is, until now, the only mini crane fitted and approved for air transport,” he says.

Andrew Snook is a freelance writer and the owner of Snookbooks Publishing.

This article appears in the September/October 2021 issue of Crane & Hoist Canada. Read the digital edition.