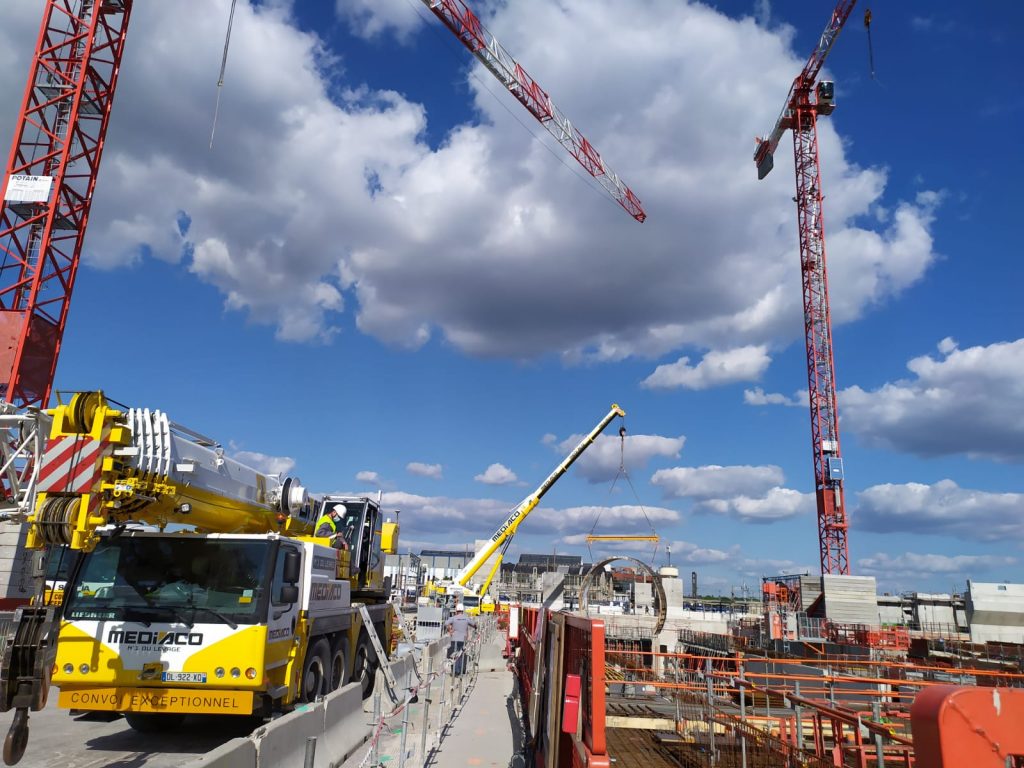 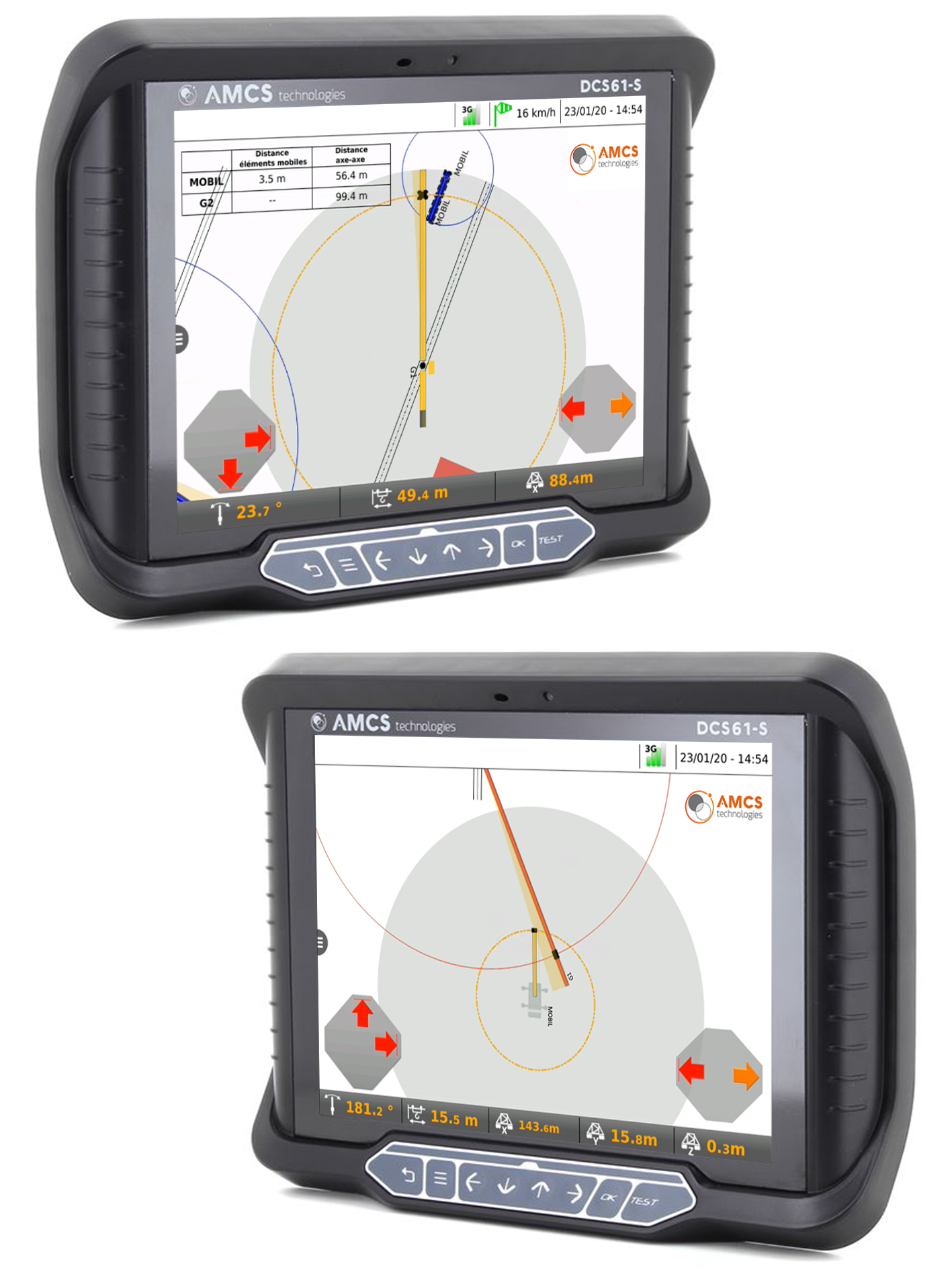 The DCS 61-S placed on tower and mobile cranes communicate their information via a radio network and constantly know the position of each of the machines thanks to geolocation antennas. When mobile cranes move and reposition themselves in a different area to work, the tower crane devices automatically know their positions and the system creates an area of interference for the machines involved. The device calculates in real time and in 3D the distances between each element of the cranes, including the position of the cabin, as well as the movement speeds. This is to intervene on the cranes control mechanism to ensure a slowing down, followed by a complete immobilization of the crane at a pre-set distance from the mobile crane.

For the mobile crane, the device emits an increasingly loud audible signal when approaching the prohibited overflight area.

The DCS 61-S keeps its two other essential functions for maintaining productivity and site safety; zoning and data logging.

Zoning: The system allows users to quickly create prohibited overflight areas in 3D directly on the screen by associating geometric shapes with perimeters and static obstacles.

Data logging: The DCS 61-S continuously records and saves data related to events, movements and all crane parameters in order to view them directly on the system screen in the cabin and download them to a USB key.

The project started in February 2018. Several phases of laboratory tests in AMCS technologies offices and on site with their partners have been implemented in order to offer a viable, efficient solution that meets expectations.

The DCS 61-S for mobile cranes was installed on the first site a few months ago at Les Ardoines metro station which is located to the east of Vitry-sur-Seine, in France. On this Grand Paris Express construction site, the mobile crane as well as the two tower cranes were fitted with the DCS 61-S. This first deployment on a customer site was a real success. Another challenge was on this site, as it was interfering with another site with a tower crane and an overhead bridge crane.

AMCS technologies won the Technical Innovation of the Year Award from the 2020 Tower Crane Trophies awarded at JDL last September.