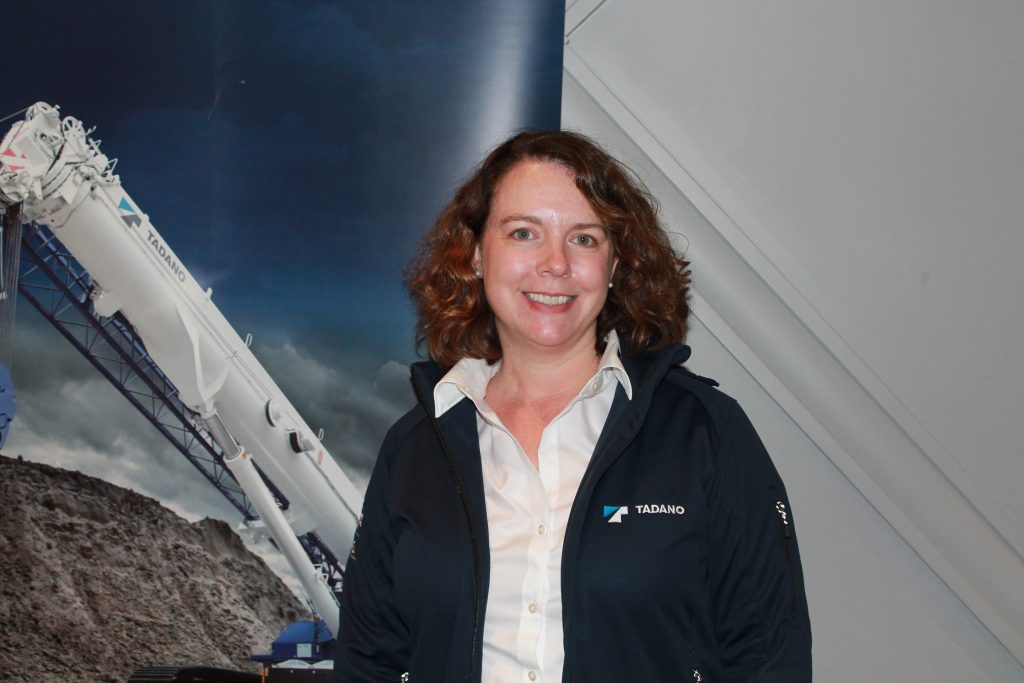 Julie Fuller is the new COO of Tadano Mantis. Photo by Jay Koblun

U.S.-based Tadano Mantis appointed Julie Fuller as its new COO. Fuller has been with the company for 25 years and was previously vice president of engineering.

“I’ve been with Tadano Mantis for a number of years now and I’m really looking forward to see how I can use my skills and knowledge of the industry to better the company and continue to move it forward,” said Fuller at this year’s CONEXPO/CON-AGG in Las Vegas, Nev.

The earliest models, the 2010 and 2610 were designed primarily for use in the tank-building industry. Industries such as power transmission line erection and bridge construction soon discovered the Mantis which brought about the development a higher capacity equipment.