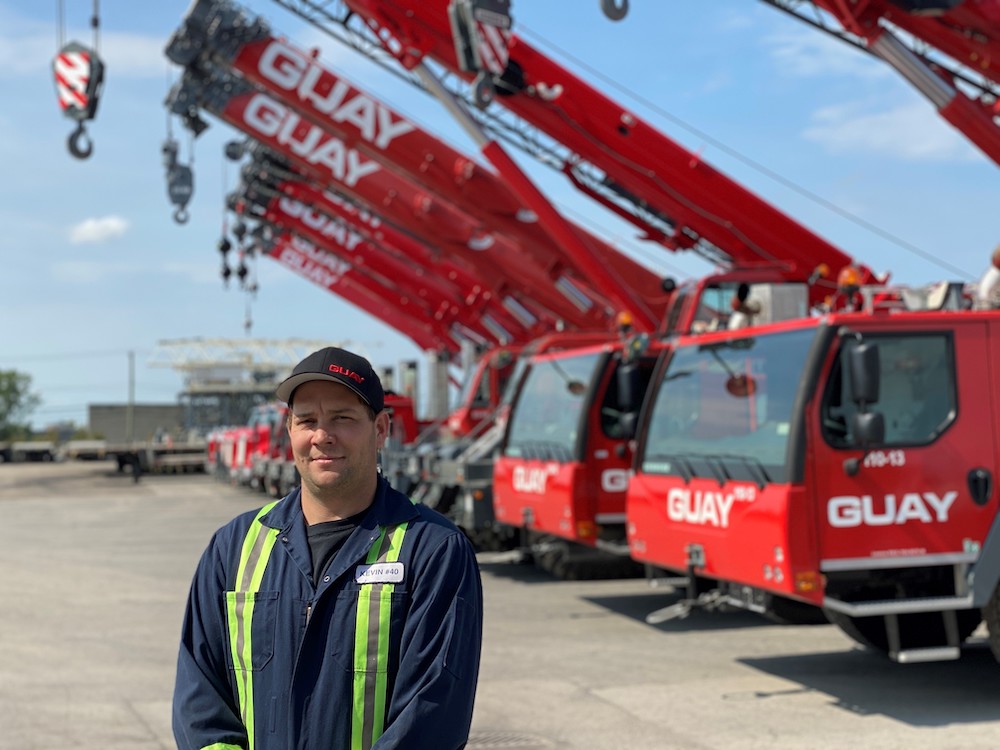 Next up, we have Kevin Bussières, garage superintendent for GUAY in Montreal, Que.

Bussières skidded up to GUAY by bicycle at age 17 to apply for a night shift mechanic job and has worked there ever since. By 23, he had earned his trucking license so that he could hit the road with GUAY’s service units.

He spent the next nine years travelling the province, performing maintenance at wind farms, hydroelectricity dams, mines and bridges.

“Distance was never an obstacle, he was always willing to travel all over Quebec to repair cranes, even in remote areas,” says Jean-François Houde, Bussières’ director. “When he left a site, you can be sure that the problem he came to fix was solved – and probably even more [were solved] while he was there!”

Now 36, Bussières is stationed in Montreal at GUAY’s largest shop, where as garage superintendent since 2019, he supervises the activities of the mechanics, painters and welders on the fleet maintenance team. He also coordinates equipment buys for all branches.

“He loves to be able to work on new acquisitions and he is always the first to check them out when they arrive,” says Houde. “After nearly 17 years, he is still motivated and eager to go to work every day. His peers describe him as always available, patient and devoted to his team.

“If you run into Kevin, you will see that he always has a smile on his face too!”

Next up: Manbir Bharj at Hans Air Systems