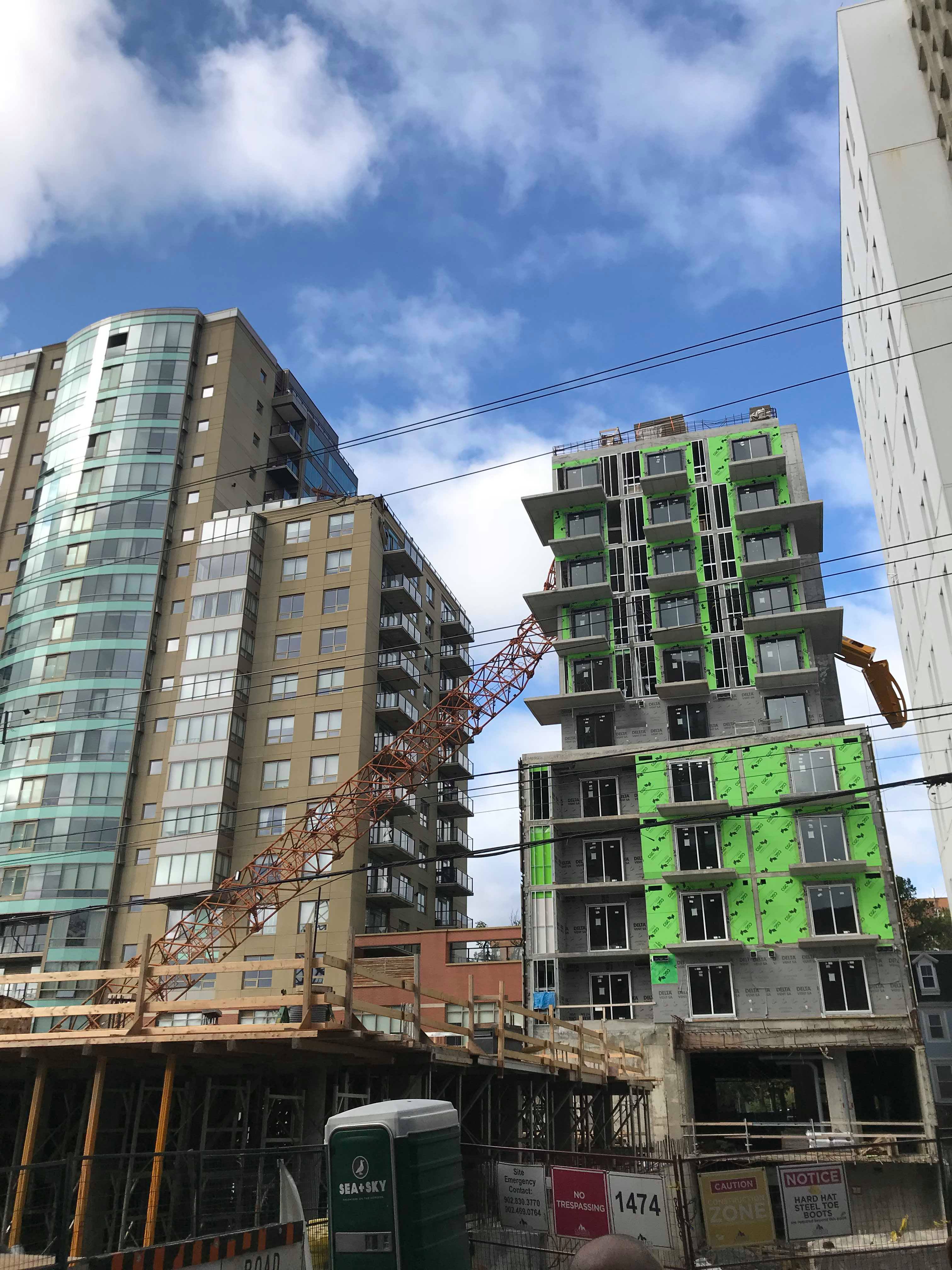 Nov. 11, 2019, Halifax – The last three businesses evacuated when a crane collapsed in downtown Halifax are being allowed to return to their locations, almost two months after a storm toppled it.

The final stage of the crane and debris removal from the Olympus building on South Park Street was completed on Saturday, and the state of emergency was officially lifted Monday.

The crane collapsed on the evening of Sept. 7 amid powerful gusts from post-tropical storm Dorian as it roared into the city.

Residents can still expect some disruptions and street closures in the coming days as the municipality repairs damage to surrounding streets.

Duff Montgomerie, deputy minister of the Department of Labour, said during a news conferences the cost of the crane removal is still not known.

He also said the province won’t begin efforts to recover costs until a study by the division of occupational health and safety is completed looking into the reasons the crane collapsed.

The evacuation order displaced residents from 21 units of the nearby Trillium building and eight businesses in the area.

A proposed class action lawsuit, filed last month, says residential and business tenants of buildings affected by the collapse of the construction crane have suffered financial and psychological harm.