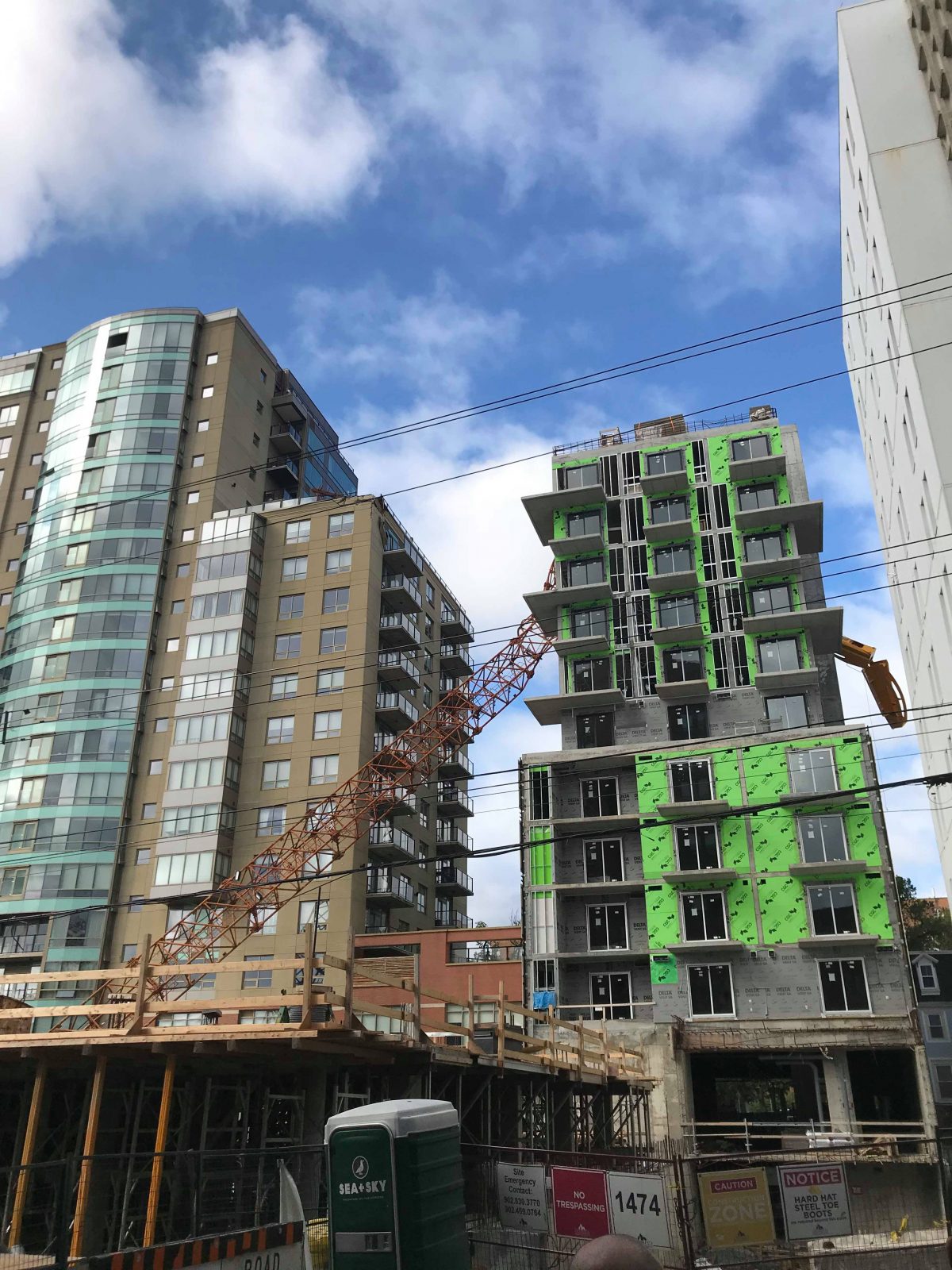 On September 7, in the midst of Hurricane Dorian’s impact on the Atlantic Provinces, the tallest tower crane in Halifax collapsed dramatically onto a nearby roof. No one was hurt in the incident itself, however, the 30,000 kg crane remained draped over a building at the corner of Spring Garden Road and South Park for weeks before removal efforts started.

While the investigation into the cause of the collapse is ongoing, local residents and politicians are questioning the response to the collapse and whether the increasing frequency of extreme weather events warrants a re-examination of crane standards regarding wind storms.

The most commonly raised question among Halifax residents and other observers is why wasn’t the crane taken down earlier in the week when forecasts showed that Dorian was on its way. Joey MacLellan, Operating Engineers Local 721 business manager, notes that the massive size of the crane complicates matters.

“It’s not as easy as it sounds, and expensive” says MacLellan. “They used a 400 tonne hydraulic crane to erect it and there’s only three here in Atlantic Canada. And, of course, trying to get one of those is a scheduling issue. And nobody really knows if the hurricane is going to come. And they’re built to withstand that anyway.”

The Nova Scotia Department of Labour and Advanced Education are leading the ongoing inspection of the incident. 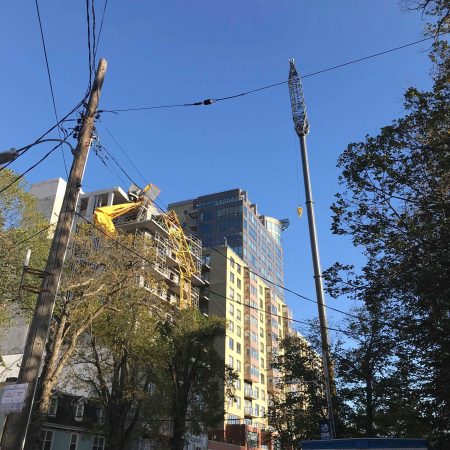 After much discussion over which party would be liable for the removal of the fallen crane, the provincial government declared a localized state of emergency on Sept. 18, moving liability to the province and allowing the R&D Crane Operator to begin the removal. Photo by Brendan MaGee.

The crane remained in place for several weeks before removal work began, as the various parties attempted to determine which would be liable. On September 18, the provincial government declared a localized state of emergency, moving liability to the province and allowing the removal to go ahead.

Martina MacInnis, media relations advisor for the Department of Transportation and Infrastructure Renewal, says the crane is currently being secured and stabilized to prevent it from moving during removals.

“With the complexity of the project, estimated timelines and approach are continuously being revised,” says MacInnis. “We are working to remove the crane as quickly as possible with the safety of the public and workers continuing to be the first priority. Once the project is complete, government will make every effort to recover its costs.”

The crane removal is being performed by Harbourside Engineering Consultants and R&D Crane Operator Ltd.

But that the removal has begun is cold comfort for businesses and residents who have been locked out of the area since the collapse. Sue Utech, executive director for the Spring Garden Area Business Association says that only three of the six to eight businesses in the immediate area are currently open, during one of the busier times of the shopping year.

Tim Houston, leader of the opposition PC party, criticized the government’s response to the collapse, noting that residents were unsure who to contact to obtain new information. The Departments of Transportation and Infrastructure Renewal, Labour and Advanced Education and the Emergency Management Office are all working on different aspects of the response.

“What they failed to do was actually appoint a point person so that people would know who could be held accountable and who they could reach out to,” says Houston.

Gary Burrill, leader of the provincial NDP party, echoes the sentiment, noting that in his view part of an efficient response to this sort of situation is a single voice, accessible by phone or email that residents could contact with questions or concerns.

“There’s been quite a lot of one department saying, well, the other department deals with X area, but we only deal with Y area,” says Burrill. “When you’ve got a state of emergency, you need to have one central responsible voice through whom the authoritative information is conveyed.”

Looking towards the future, it is generally accepted that as the climate continues to change, extreme weather events such as Hurricane Dorian will occur more frequently. With that in mind, one remaining question is whether the standards for cranes related to winds and storms should possibly be re-examined to see if they could be optimized for this new reality.

“People do see that climate change is a real thing,” says Houston. “Storms are more intense, storms are more frequent. What was safe and structurally sound in the past might need to change as the road goes forward.”

Lead Structural Formworks Ltd., the owner and operator of the collapsed crane, and representatives for Nova Scotia’s Department of Labour and Advanced Education did not respond to requests for comment as of press time.