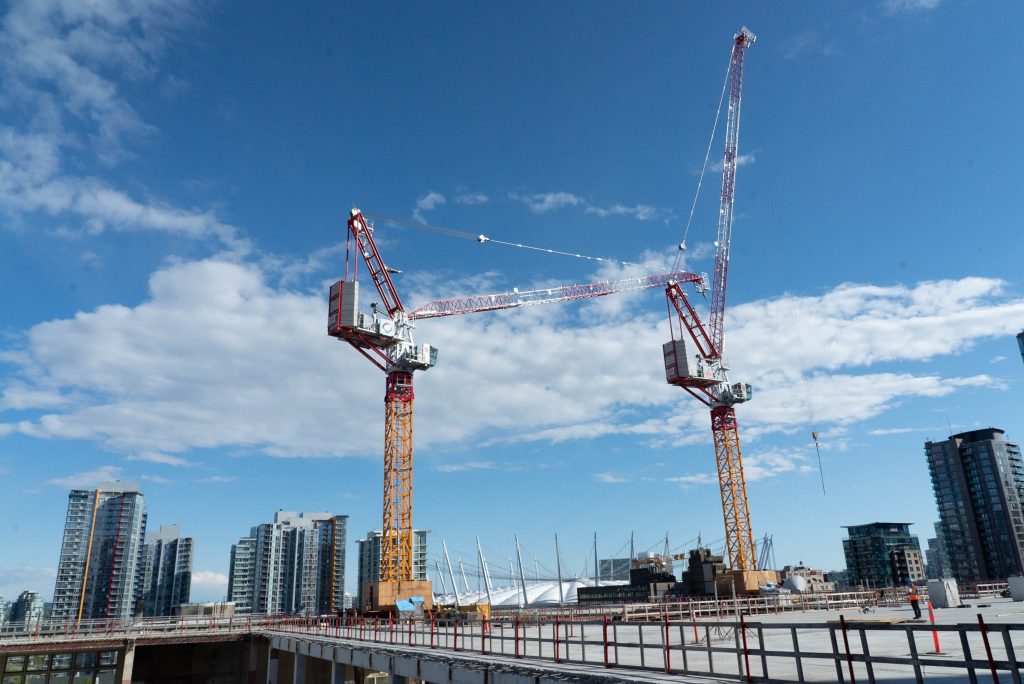 When Prime Minister Justin Trudeau announced that Amazon would build a new headquarters in Vancouver in April 2018, one must assume that tech sector professionals and students across Western Canada were abuzz with excitement.

The new Amazon headquarters is expected to bring 3,000 jobs to the area when it opens in 2022, dedicated to technologies related to e-commerce, cloud and artificial intelligence (these jobs do not include the existing ones in the massive company’s existing Vancouver offices). 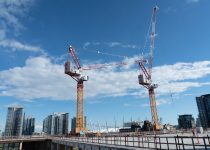 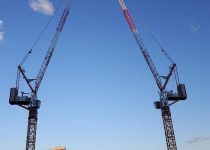 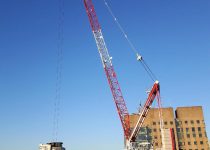 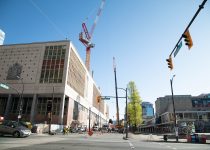 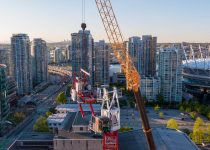 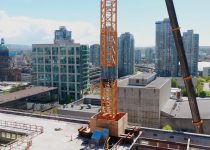 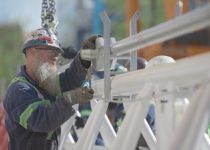 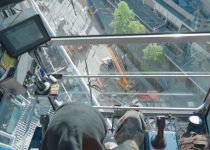 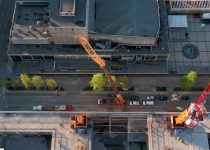 PCL Constructors Inc. was selected as the general contractors for the project. To help with this project, PCL enlisted local crane rental and repair company Allied Crane, headquartered in Maple Ridge, B.C. Allied Crane is a veteran in the crane rental industry with more than 30 years of experience and a fleet of tower and self-erecting crane rental equipment. Allied Crane supplied and erected four JASO tower cranes currently being used for the construction of the new towers. The company is the Canadian distributor for JASO Cranes.

“They’re JASO 380PAs,” says Allied Crane president Derek Kasa. “They’re erected with 60-metre booms, and they’re set up on a thing called grillage, so they’re actually sitting on the roof of the existing building. It’s a heritage building. They’re saving the bulk of the building and then constructing two towers starting from the bottom of the buildings.”

“With each crane we put up, it went faster and faster,” Kasa says, adding that controlling traffic required significant planning. “It was a big deal, we had to shut down an entire street – Homer Street for two cranes and Hamilton Street for the other two cranes.”

While setting up the mobile crane, the street was entirely shut down with traffic management.

Kasa says his company had no issues with the general public during the erection of the cranes.

“They were pretty well behaved,” he says.

Vancouver typically has similar weather systems to Seattle, which is only about an hour’s drive away. The company had to shut down during the erection of the second tower crane due to high winds. That same weather pattern was responsible for the recent collapse of a crane in Seattle that claimed the lives of four people.

To help ensure the safe operation of the tower cranes in prohibited overflight zones, PCL invested in DCS 60 devices from AMCS Technologies for two of the JASO cranes. ACMS Technologies’ DCS 60 operates in real time and in three dimensions to calculate the distances between each crane component as well as movement speed. The company states that the DCS system “applies a security envelope around the jib in proportion to the speed of slewing of the crane as well as around the cable in proportion to the speed of movement of the trolley.”

The technology allows for the two cranes to safely operate face-to-face increasing productivity at the jobsite.

“It seems to be working pretty good for them,” Kasa says.

The tower cranes are also outfitted with Orlaco camera-monitor systems to assist the crane operators.

“They’re never working blind,” Kasa says. “Being that they’re sitting on top of the existing building, and they’ve probably taking away 50 per cent of the structure of that building, there would be a lot of blind lifts without a camera.”

Kasa says his company was aware of the all the potential challenges of erecting the cranes and planned accordingly, so everything ran smoothly.

“Challenges yes, but disasters and problems, no. This is what we do. This isn’t our first rodeo. The challenges with working on a high-profile job with PCL, you can imagine the paperwork. Everything has got to be planned out right, from every piece of rigging and everything else,” Kasa says. “The PCL people themselves were absolutely instrumental in helping solve these issues. They have some great experienced operators. The whole management team was extremely helpful in pulling this project off.”