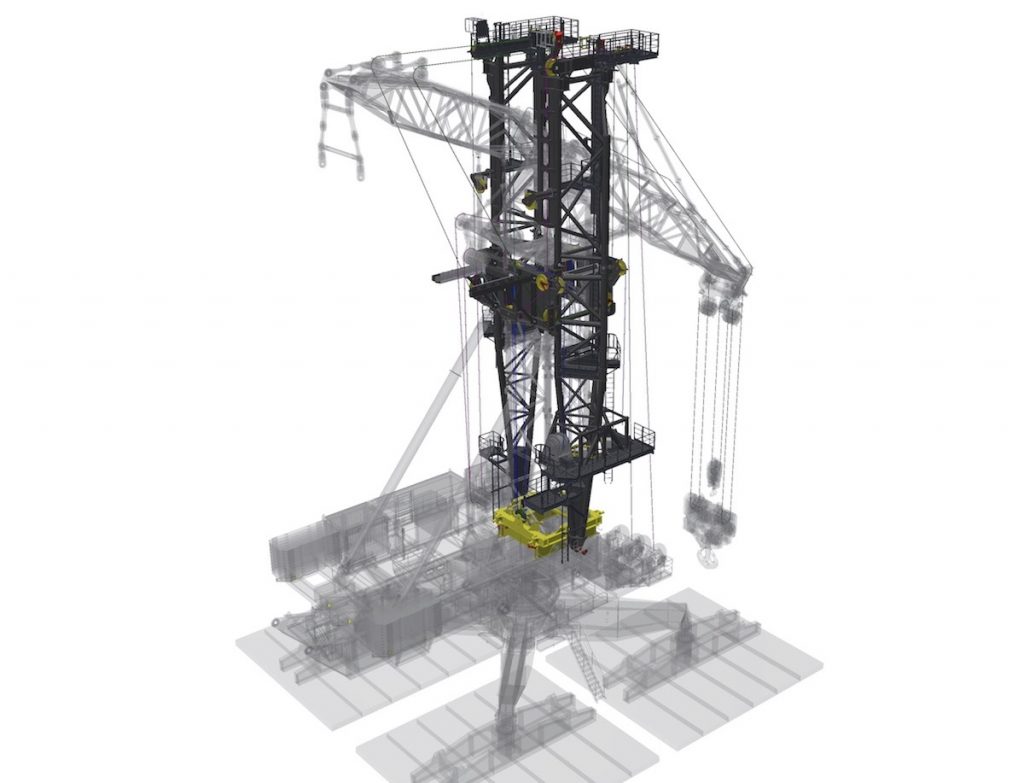 Fabrication of the erection frame for Mammoet’s Focus 30 is complete, bringing the crane one step closer to reality.

This frame allows the boom to be constructed vertically in sections, which Mammoet says makes it easier and safer to deploy on packed petrochemical and construction sites. Machining and welding of the main steelwork has finished, with dimensional control now being performed to ensure compliance and interconnectivity. The frame has been constructed in six pieces, which will be dismantled and transported to Mammoet’s Westdorpe facility; where preparations are underway for final assembly. 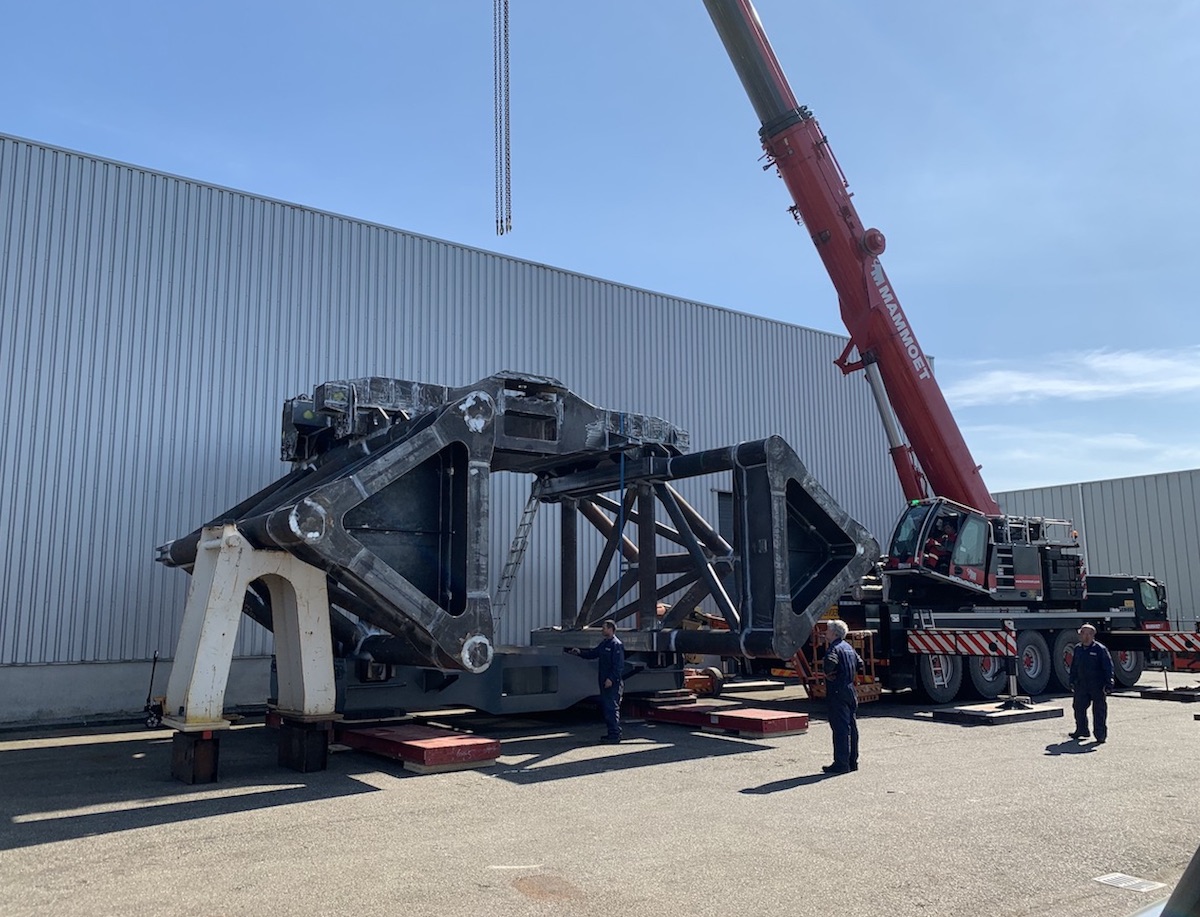 Measuring 30 metres long, 12 metres wide and weighing in at 160 tons, the frame is the largest single-piece item being fabricated for the Focus 30. Its complete erection system weighs in at more than 180 tons once other parts are taken into consideration—climb frame and skid beam.

Its role in the crane’s design is similarly large. By supporting boom sections vertically, it helps to reduce the space required for the crane’s construction, while making sure none of this work takes place over surrounding crucial infrastructure. Work started on the erection frame back in November 2019 at PTS Machinery; a heavy construction company based in Hulst, the Netherlands. From design blueprints supplied by Mammoet, the team there undertook detail engineering of the main frame and crane landing; which provides on-foot access to the frame itself. Following this, PTS Machinery has undertaken fabrication of the frame at its on-site workshop.

All work was undertaken with close collaboration between the engineering teams at both companies. 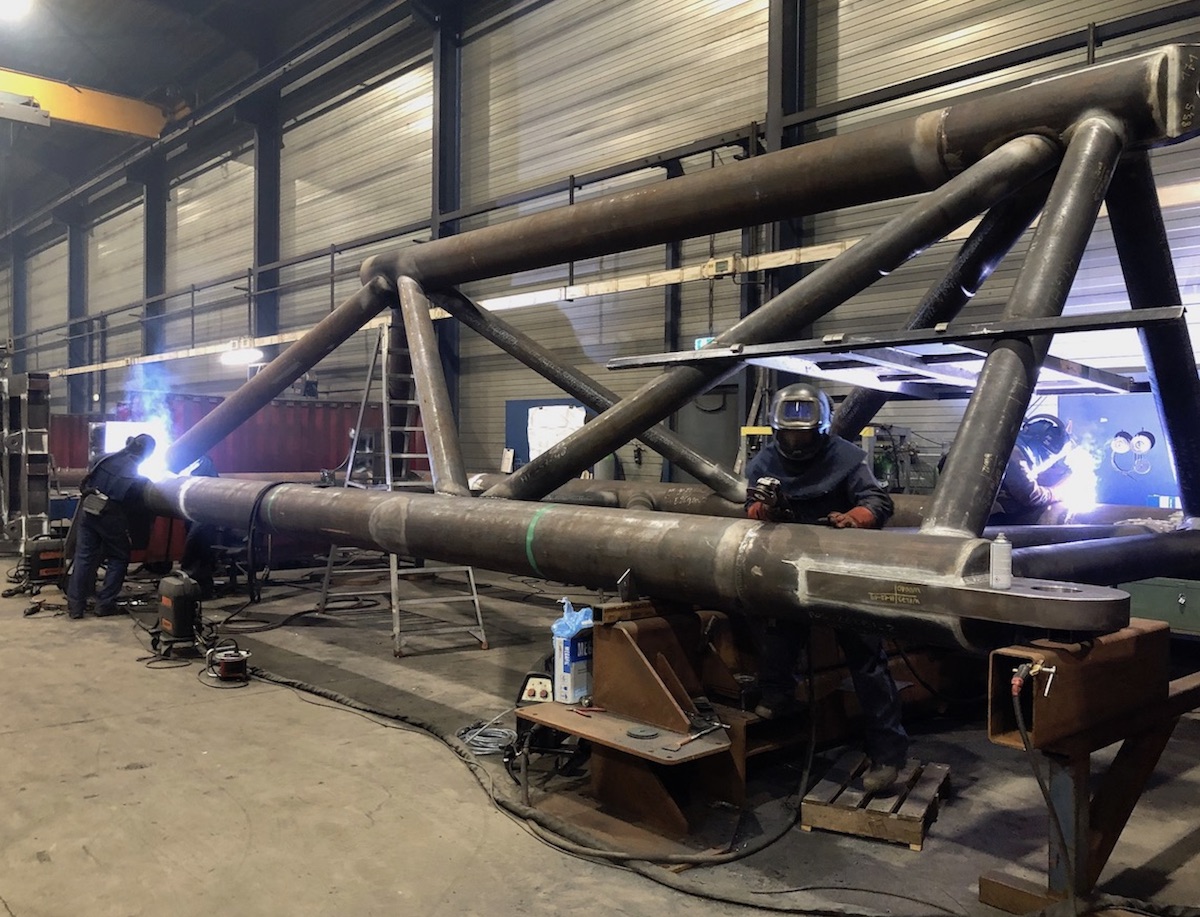 “As a high-tech manufacturer of all kinds of machinery, PTS was selected to build this “machine inside the machine Their attention to detail and quality make them the right partner to supply this vital component for the Focus 30,” said Mammoet senior lead engineer Erik Visser.

Work on the crane is continuing to schedule in advance of its first deployment, which is expected later this year.