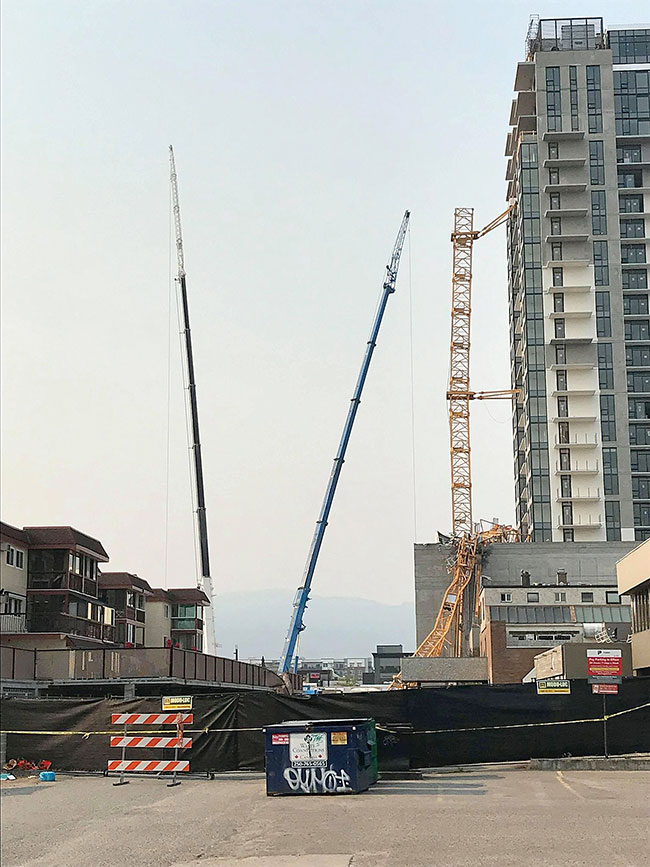 A tragic scene unfolded in Kelowna, B.C. on July 12 when a tower crane collapsed, landing on two adjacent buildings and claiming five lives.

The crane was in the process of being dismantled when it collapsed but no official cause for the incident has been released as investigations by WorkSafeBC continue.

As the community have come together to support the families of the victims, representatives of the B.C. crane industry have also begun lobbying for increased safety measures, particularly surrounding the assembly and dismantling of tower cranes.

Four of the victims were construction workers on site – Jared Zook, Cailen Vilness and brothers Eric Stemmer and Patrick Stemmer. The fifth victim, Brad Zawislak, was working in the office building next door.

Hundreds of people gathered in Kelowna later that week for an emotional memorial.

“I thought I was processing it better than I was but when I got down here it really hit home,” Michelle Kienas, who was in one of the buildings next to the site, told CTV News regarding the memorial. 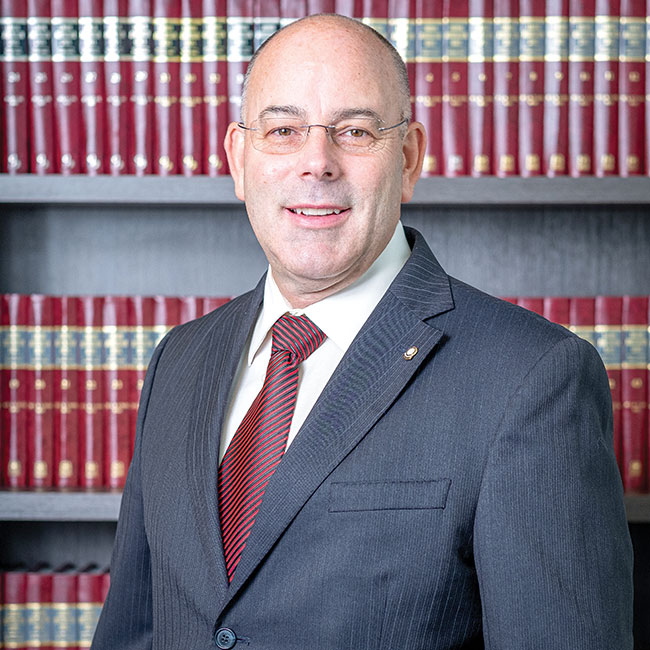 Frank Carr, business representative for IUOE Local 115, says the union have long advocated for minimum qualification standards and establishing a registry for individuals who work in the industry. Those calls for action have only intensified since this incident.

Frank Carr, business representative for the International Union of Operating Engineers Local 115, says that the union has been advocating for stronger safety measures and regulations for years – calls for action which have only intensified since this incident.

“After the Seattle incident, we went on the record and we’ve been requesting that mandatory training and certification for workers involved in assembly and dismantling of tower cranes be implemented,” says Carr. “As well, we’ve been calling for setting out minimum qualification standards and establishing a registry for individuals who work in the industry. Now we’re calling on the B.C. government to mandate it after this tragic incident.”

Carr says that he’s been heartened by the willingness of municipalities to listen and adapt standards. The union, along with industry members, the BC Crane Safety Association (BCCSA), regulators, training authorities and other stakeholders, have worked with the City of Vancouver for the past 18 months, to develop a pre-assembly and disassembly procedure and scheme.

The plan involves pre-site meetings with the city inspector and regulator where plans are reviewed to ensure all due diligence is in place.

“In the City of Vancouver, that’s become conditional on issuance of a crane permit – you can’t put a crane up or down without following that process,” says Clinton Connell, executive director of the BCCSA. “So, one of the things we did immediately was get [this plan] into the hands of every health, safety and environment manager for every single municipality in the province.”

He notes, however, that a public education campaign on this topic may be required. Smaller staging areas and shorter windows for erection and dismantling can be driven by public pressure not to disrupt traffic flow, business hours or access.

“The pressure is from the public and we need to educate them about the dangers above them and around them,” says Carr. 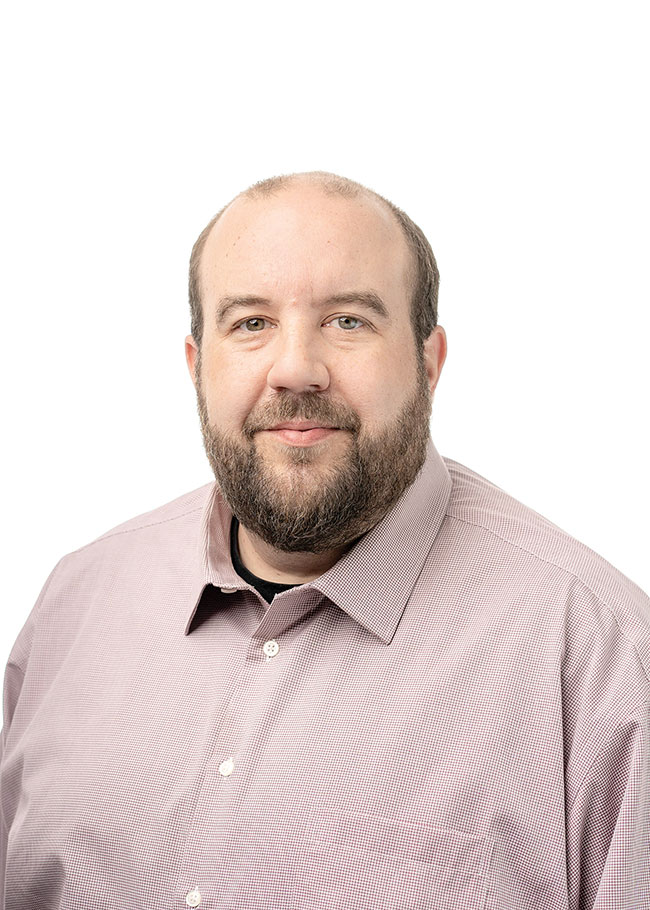 Clinton Connell, executive director of the BC Crane Safety Association, says there has already been discussion among the industry about where regulations and standards could be strengthened in response to the collapse.

Connell says that he has been in close contact with Carr and the union and that the two groups are aligned in their response to the incident.

“We’re in full support of moving forward with any initiative that’s going to improve safety in the industry,” says Connell. “There’s a big difference, jurisdiction to jurisdiction, how assembly and dismantling is handled. [We support] anything we can do in the province to better formalize that process.”

One effort that could improve crane safety is national harmonization of standards.

Connell says that incremental improvements have been made in this area but there is still a wide gap between provinces.

“There’s a lot more work to be done,” says Connell.

“One of the simple examples is where we split the lines on tonnages. Certain provinces have a handful of crane type categories. We have 11, some draw the line at 8 tons, others at 22. The minimum/maximums are different. The training schematics are different from province to province as well.”

Industry is supportive of strengthening rules

Connell notes that the industry is broadly in support of strengthening regulations and standards.

“Whenever there’s roundtables about safety standards or regulation changes, all this sort of competitiveness gets dropped,” says Connell. “Everyone pulls together. You can imagine, an incident of this nature sparked a lot of activity in conversation. My phone was ringing off the hook the first couple of weeks. A lot of activity took place behind the scenes in terms of industry not waiting for government or the regulator to come to them. By the time the regulator concludes their investigation and have some findings and details to share, industry is going to be ready.”

Kelowna City Manager Doug Gilchrist describes the collapse as a “sad and horrific event for our community.”

While Gilchrist declined to speculate on potential regulatory and standard changes while the investigation is ongoing, he noted that the city and community have come together to attempt to support the families and businesses that were affected by the incident.

“I know the developer of the site is really wanting to step up and do the right things,” says Gilchrist. “What that ends up being, I don’t know. There’s been GoFundMe pages that have been set up that have raised money for the families. That’s certainly not going to mitigate but hopefully it’ll help them out to some small degree.”