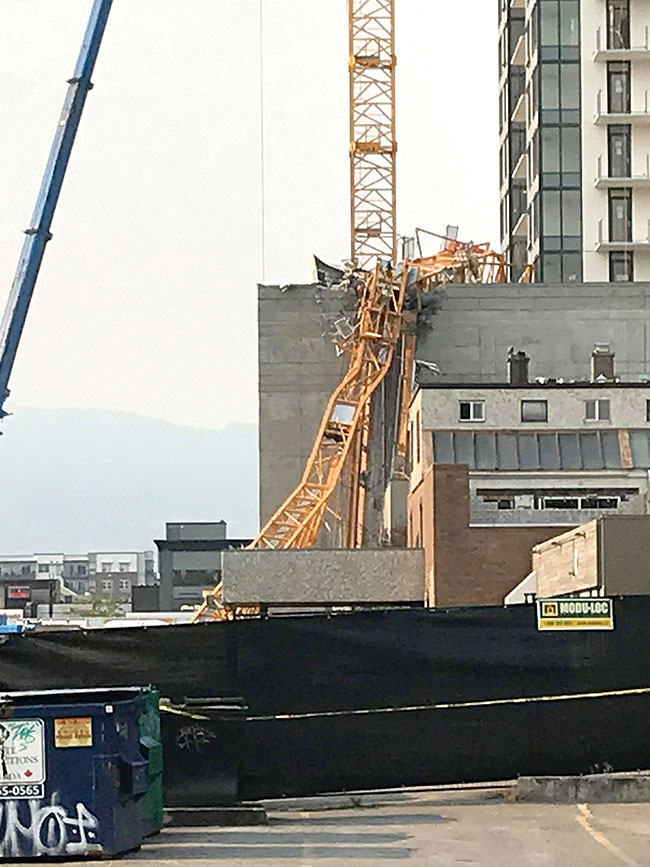 I have no doubt that the overwhelming majority of professionals in the heavy lifting industry place safety as a top priority over almost everything else.

That said, the recent rash of tower crane collapses is a major concern, and it calls for major action to be taken. There have been tower crane collapses written about in several major cities from coast to coast across Canada over the past 24 months, including most recently, the tragic collapse of a tower crane in Kelowna, B.C., which resulted in the loss of five lives.

While this accident is still under investigation, the likely causes determined for several of the more recent tower crane collapses by provincial safety authorities have included improper disassembly procedures and welding failures.

In response to these accidents, some cities and provinces have stepped up to push for further guidelines and rules related to the assembly, disassembly and operation of tower cranes.

In Vancouver, BC Crane Safety, WorkSafeBC, the IOUE and other industry representatives worked together to revise the current assembly/disassembly checklist to make completion of the list not only mandatory, but to also better coordinate street usage needs such as:

Operating as a pilot project within the City of Vancouver, this new Tower/Self-Erect Crane Pre-Assembly Requirements Checklist has been set up to accompany permit applications. For more information, check the cover story for Crane & Hoist Canada’s July/August 2021 issue.

Under its Occupational Health and Safety Act (OHSA), the Province of Ontario is currently looking at modernizing and clarifying the existing requirements relating to the use of tower cranes.

The proposed changes are wide-reaching and include 20 recommendations across six areas.

While tower cranes are obviously not the only types of cranes that require a strict focus on safety, the nature of their use for heavy lifting applications in highly populated urban areas for the construction of condominiums and skyscrapers does add additional potential for danger to workers and the people walking around the streets below and working in adjacent buildings.

I tip my hat to all the municipalities, safety associations and industry professionals across the country that are working hard to improve the guidelines and rules for assembly, disassembly and operation of tower cranes.

That said, would nationwide rules and guidance for the assembly, disassembly and operation of tower cranes be at all helpful?

Email me at: asnook@annexbusinessmedia.com. I’d love to hear your thoughts.

Stay safe out there.