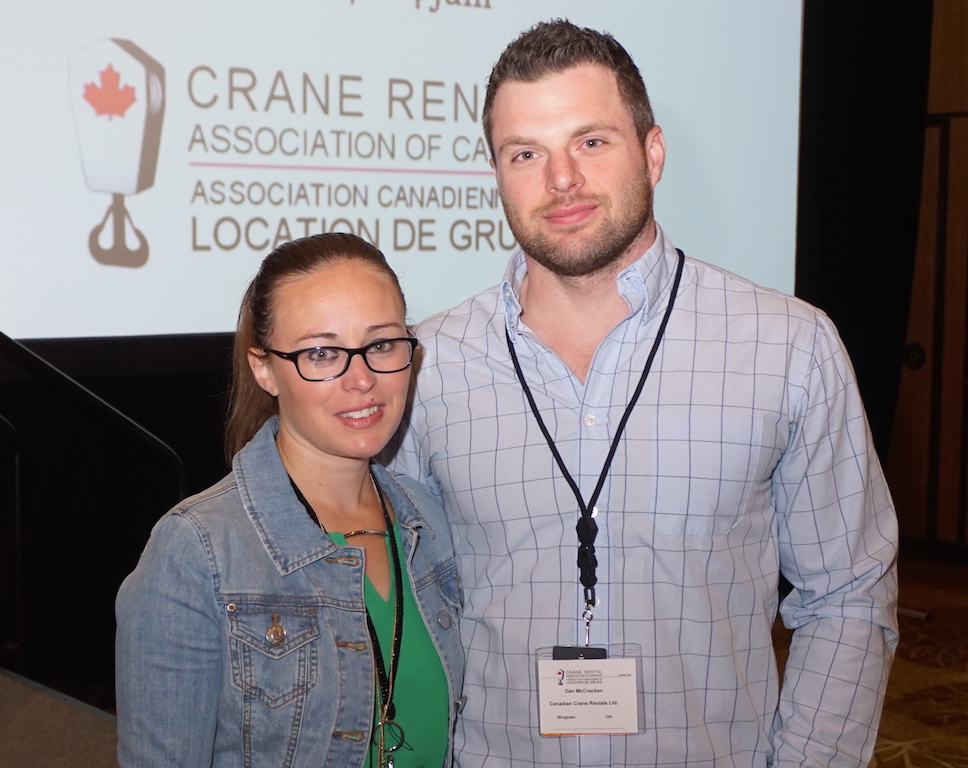 A third-generation member of an Ontario crane rental company is also the third female to chair the Crane Rental Association of Canada.

“They have tons of experience in the industry and are real trend setters on the path forward as women and really are people to look up to,” said Baker, who is entering her sixth term on the CRAC board of directors.

Her father, Sheldon Baker, also served in the CRAC chair over a decade ago when the association held its annual general meeting in Ottawa.

Both Sheldon and his father, company founder Merv, are still operating cranes for the firm, which is based in Wingham, Ont.

While she is licensed for small boom trucks, “a little ticket,” her focus is generally on operations management.

As the new leader of CRAC, Sheena Baker succeeds Ron Osterman, president of Sterling Crane, who chaired this year’s conference in Calgary.

She credited Osterman and his wife, Debbie, with doing a “tremendous job” organizing the event, which took place at the Hyatt Regency Calgary.

Now Baker and her husband, Dan McCracken, are looking forward to serving as host for the 2017 CRAC conference in St. Andrews, N.B.