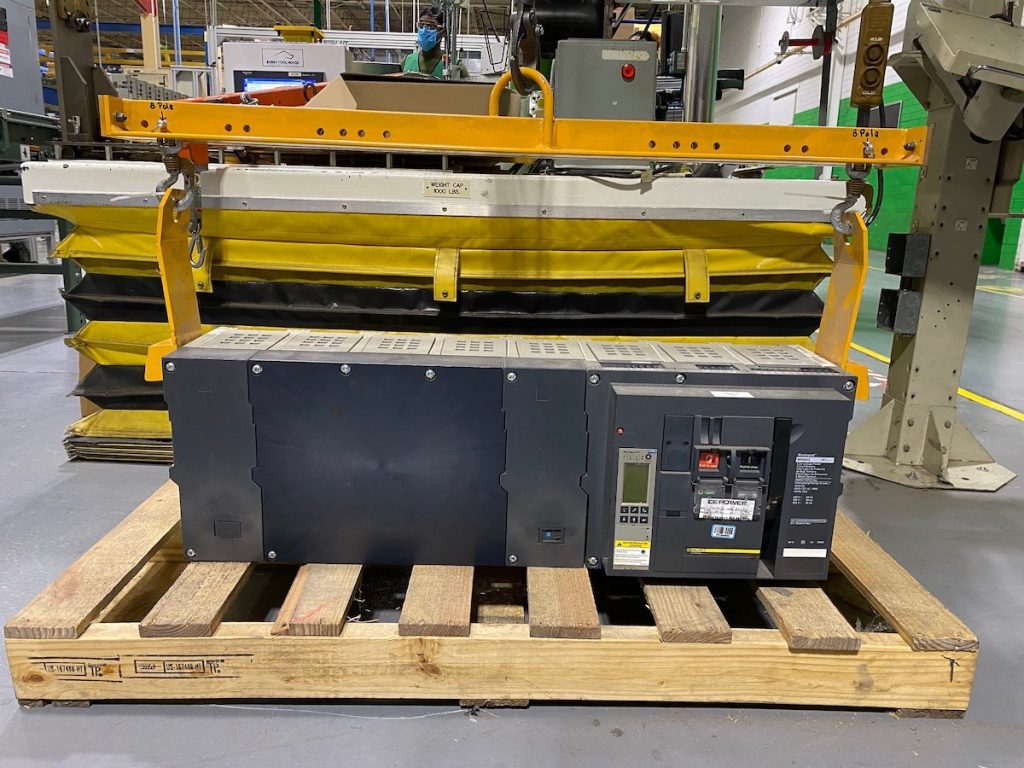 Once in the testing zone, the breakers must be lifted into the switchgear for testing.

The beams, which measure 44 inches long, five inches wide, and two inches high, are used by the energy management and automation company to lift 300-pound circuit breakers in and out of electric switchgear during the final stages of testing, prior to shipment.

The circuit breakers are produced in a separate area of the paint plant from the switchgear. Once in the testing zone, the breakers must be lifted into the switchgear for testing, utilizing the beams. The beams are rigged beneath the hook of an electric overhead travelling (EOT) crane and operated by pendant control.

“We have four different sizes of circuit breakers and the beams can be adjusted to fit all of them. The load usually travels no more than three feet high in the air but this is a key end-of-line process before delivery to customers,” said Erich Lanz, upstream planning leader, global supply chain at Schneider Electric. 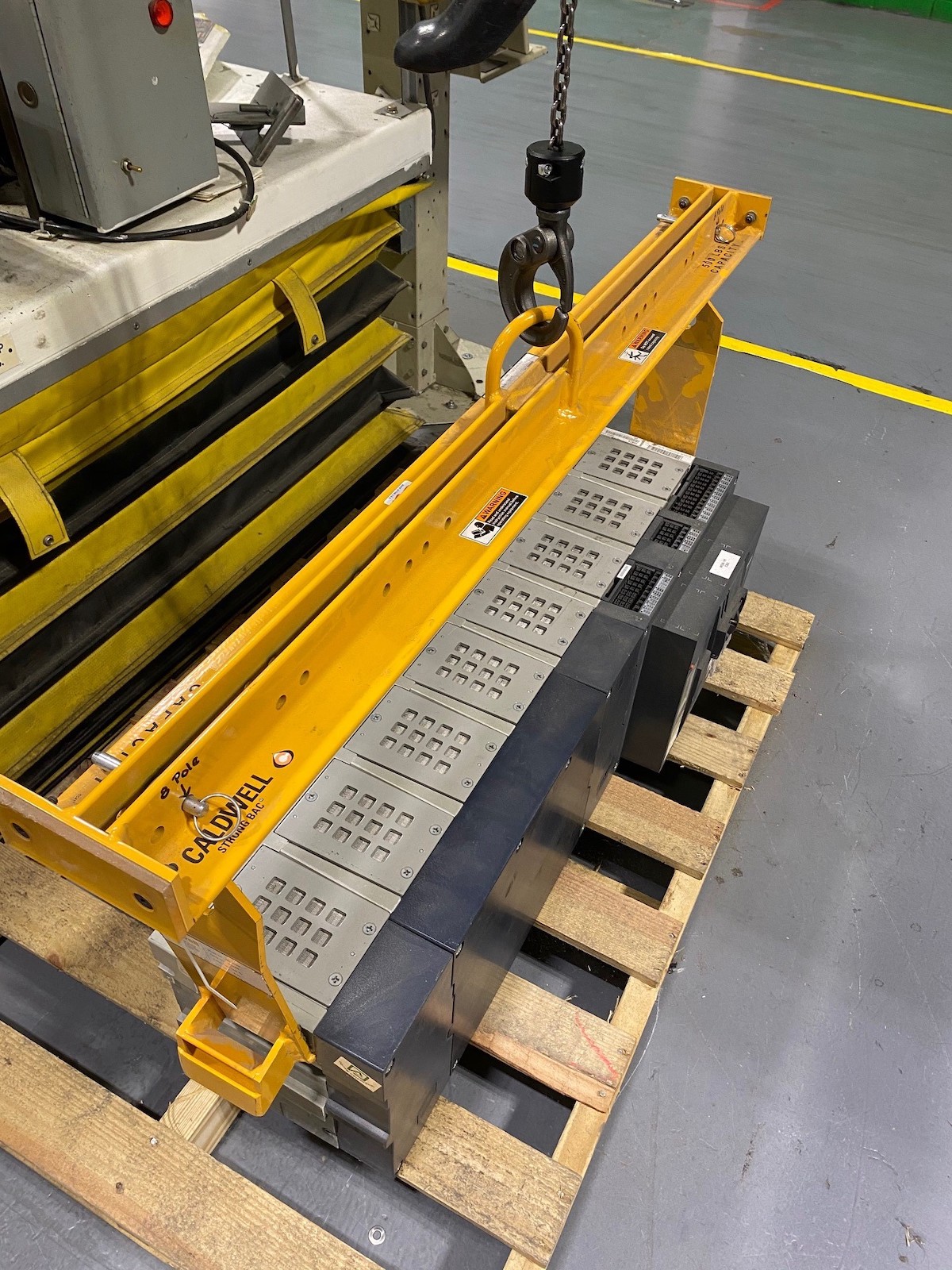 Caldwell also supplied bottom ‘lifting jigs’ that are designed to fit each circuit breaker. The jigs enable the pick point to be raised up away from the body of the breaker, allowing for quick attachment to the hooks on the beam. The placement and spacing of the points, along with the jig concept, were driven by Schneider; Caldwell ensured the solution met ASME (American Society of Mechanical Engineers) BTH (below-the-hook) standards.

Lanz also pointed out that the attachments are allowed to pivot, giving the operator flexibility when it comes to rigging the load.

“The beams are really similar in functionality to other lifting beams; they have a single lifting point located directly on the beam and bottom attachment points symmetrically spaced along the bottom. The difference to other beams is the smaller profile, lighter design, and application-specific spacing for the lifting points, or hooks, said Darrin Noe, director of sales at Caldwell.

The Schneider Electric switchgear is used to power facilities such as factories, hospitals, and hotels.