Features
A challenging and pivotal year for Alberta oil and gas 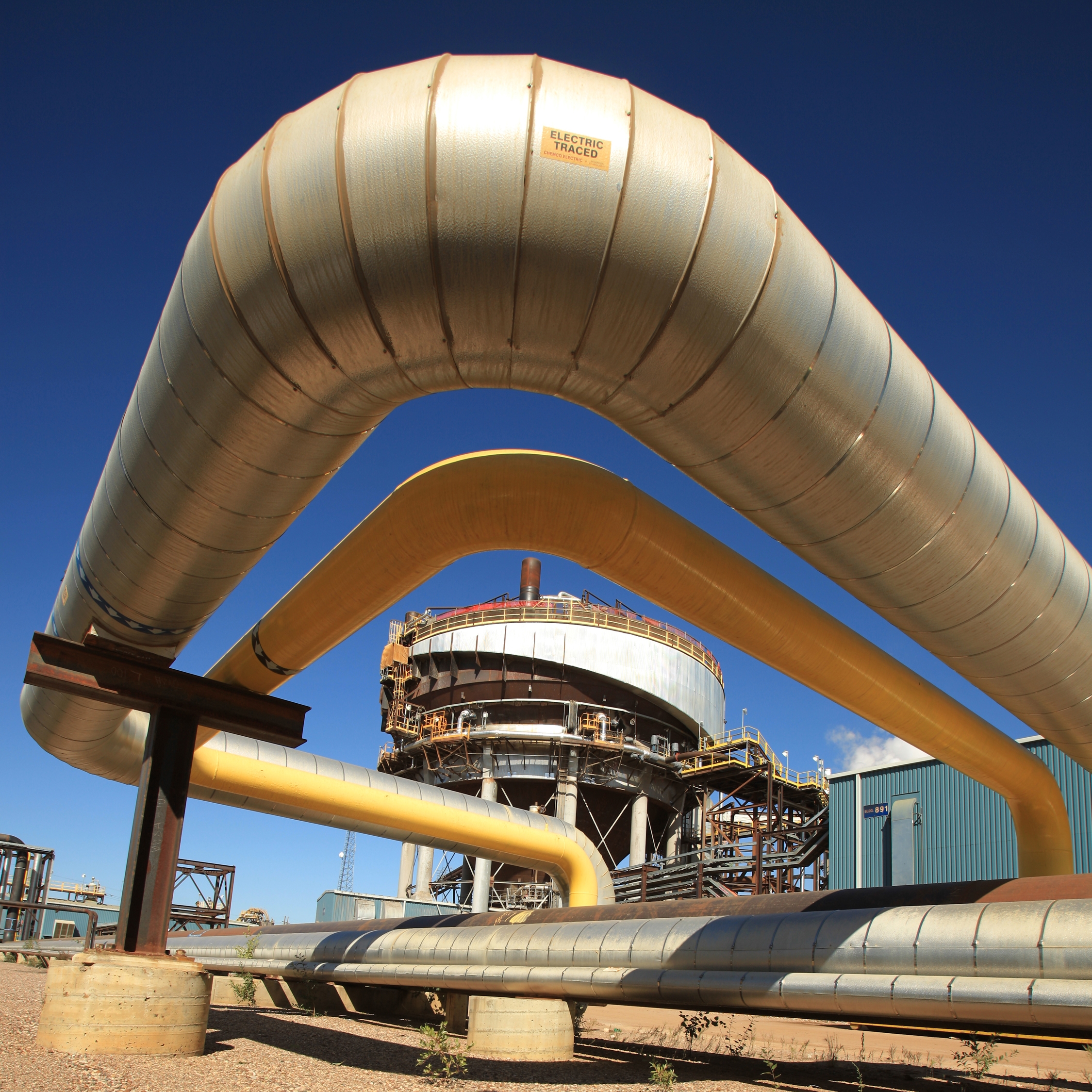 Alberta’s oil and gas sector should be expecting another challenging year ahead, according to the Canadian Association of Petroleum Producers (CAPP).

Ben Brunnen, vice-president of oil sands operations and fiscal policy at CAPP, says the association expects 2019 to be another “batten down the hatches” year for the industry.

“2019 is going to continue to be a challenging year for the oil and gas sector, coming off what I would say was a particularly challenging year in 2018,” he says. “Investment in our sector in 2019 is expected to decrease by about 10 per cent, year over year… a second consecutive year of decline.”

Investment in Alberta’s oil sands has been experiencing the most challenging market, now in its fifth straight year of declining investment.

“That’s very difficult because much of the investment is going towards sustaining existing projects as opposed to new growth. The oil sands won’t see much of an investment at all,” Brennan says. “On the conventional side, the fact that we’ve seen two years in a row of decline is a pretty significant indicator as well. It had a little bit of a boost in 2017, but now that we’re seeing it decline again in 2019, we’re on a downward trend for both. It’s not going to be the best year for our sector.”

He adds that much of the future investment and growth in the oil and gas sector will be dependent on the outcomes of substantial decisions from the federal government, the governments of B.C. and Alberta, as well as other players.

Brennan says one of the decisions the CAPP is watching is how long Alberta’s curtailment program will last (announced in December 2018), and “how deep it will cut.”

“While it is a temporary reprieve for challenging prices, on a long-term basis it really doesn’t create any confidence from an incremental investment perspective – if you’re being curtailed, no one will invest any additional dollars,” Brennan says.

The Government of Alberta recently increased the limit on oil production from 3.56 million barrels per day in January to 3.63 million barrels in February and March – as the storage levels declined and market value of the province’s oil increased.

Coming up the pipelines
The CAPP is also watching the decisions on various pipelines developments currently in play or proposed.

“We’ll be looking very closely at some of the pipeline developments, and hopefully see some positive announcements at a minimum for decisions for Keystone (Keystone Pipeline) and for TMX (Trans Mountain Expansion Project),” Brennan says, adding that the association will be looking for good news related to the Enbridge line replacement project. “We’ll be looking for that project to complete construction hopefully by the end of the year. Those will be key signals for the confidence of the sector that we’ll be watching in 2019.”

Brennan adds that if the sector sees positive results coming from these projects that it could start to see a slowdown or stoppage in the declining investment trend.

“But until we see that information, I don’t think there’s going to be a heck of a lot of incremental development in Canada’s upstream sector this year,” he says.

Goals for 2020
The CAPP recently released its report, “Oil and natural gas priorities for a prosperous Alberta,” which discussed the association’s goals for 2020.

To help advance these goals, the CAPP stated that action was required in the following areas:
• Market access;
• Regulatory competitiveness;
• Climate policy; and
• Fiscal and economic policy.

“One of the key objectives and the pieces we would like to emphasize for governments and Canadians is the recognition of Canadian oil and gas as the preferred fuel of choice to meet global energy needs domestically and internationally,” Brennan says. “We have a robust regulatory regime and one of the most stringent carbon-pricing regimes in the world from a producer country perspective, and we invest in continuous improvement.”

“We’re seeing an increased demand of emerging companies for affordable energy, and Canada should be the barrel of choice,” Brennan says. “We want Canadians and governments to embrace this and work towards getting there… I think the need for this stems for, what I would consider, a lack of focus and strategy to build the infrastructure needed to ensure Canadian oil and gas serves Canadian consumption needs. And that requires concerted effort from governments, provincially and federally, industry, and Canadians at large.

“Moving on from that it’s about getting the facts on the table, promoting and being champions of our industry and countering myths so that Canadians understand the value we bring to the table.”

Regulatory competiveness
One of the key components to meeting the CAPP’s goals is to improve the industry’s regulatory competitiveness. The CAPP would like to see average application timelines be reduced by 50 per cent through the use of “OneStop,” which is a consolidated approach to a approvals.

“The OneStop is a consolidated approach to approvals, so that industry can submit their applications and have a response in an efficient timeline on a broad array of approval conditions,” Brennan explains. “We call it a risk-based application approach. We have a lot of applications we have to bring forward – whether it’s for a well, a well pad, a facility, or an existing facility in the oil sands or anything along those lines – and some of these applications are more complex than others, and have more components than others, while others are quite straightforward.

“If we can use the OneStop on a risk-based approach where something that is straightforward and routine and is a sub-component of a broader project, that should be approved quite quickly and not require some separate process, compared to others that might need a little more consolidated focus. The OneStop is trying to integrate the approvals within the regulators of Alberta and then also within other Ministries – such as Environment, Energy, and Indigenous Relations  – in a way that we get those approvals, and one: the conditions are identified early; and two: the approvals come out in a consolidated way so there’s good information sharing across agencies; so they’re able to make their decisions in a consistent and expedited way.”

Climate policy
In the CAPP report, it states that industry is committed to being a constructive partner in addressing climate change, but its ability to contribute is compromised by a lack of access to markets and capital. The CAPP stated that industry would support climate policy that “ensures flexibility, encourages innovation, doesn’t impede investor confidence, and allows for the growth of greenhouse gas (GHG) emissions-efficient operations.”

“The idea here is there are multiple pathways to compliance,” Brennan explains. “There are all kinds of innovative ways that companies are looking at reducing GHG footprint and intensity, whether its through innovations in the reservoir – what’s called solvent injection in the reservoir – or how they’re approaching the way they structure their facility from boiler efficiencies, and those types of things.

“But this is really about encouraging government to create the incentives for companies to innovate as they see fit – they can explore based on their situation. There is another issue based on the geology of the facilities – of the oil itself – that can have a differing impact on the GHG intensity. Each facility is a little bit different, so finding a way to encourage these facilities to reduce their emission intensity through innovation, and still be able to compete and grow, is really what it’s about.”

The Trump factor
Since U.S. President Donald Trump took office and created more aggressive tax policies to attract investment in various sectors across the U.S., Canada’s oil and gas sector has felt an impact from an investment perspective.

“The competition with international jurisdiction for capital is fierce right now, in particular into the United States,” Brennan says. “The administration in the U.S. has undertaken a number of efforts to draw investment, and investors are paying attention. So while they’re reducing their taxes, that immediate deductibility is a major lever for project economic comparisons with other jurisdictions, because the speed with which you can recover your capital drives the return timelines for your projects.”

Brennan says that U.S. tax policy combined with the country’s focus on de-regulating its industry, and a climate policy that is, “much more consistent from a competitiveness perspective,” generate favourable comparable economics, confidence from the investment community and momentum.

“So a lot of the capital has been drawn to the south, and has been sort of sucked out of Canada,” he says. “What we’re asking for is for federal and provincial governments to create a tax framework that allows us to compete.”

Brennan argues that a carbon tax pricing system that is uncompetitive will only result in lost investment for the industry and “carbon leakage.”

“Imposing a carbon tax in our industry, when it’s not imposed in other jurisdictions, effectively means you’re moving that investment to those other jurisdictions and it will have no affect on pollution production. So they need to design these programs in a way that doesn’t hinder our competitiveness in competition for capital but does help move the needle on emissions reduction.”

A turning point for the sector?
Could 2019 be a year that helps turnaround Canada’s oil and gas sector? Brennan certainly thinks so.

“2019 is going to be a pivotal year for Canada’s oil and gas sector,” he says, adding that the CAPP will be keeping a close watch on the resolution of key pieces of legislation, such as Bill C69 and Bill C48. “From market access perspective, there are some major pipeline decisions we are watching quite closely that will dictate the fortunes and the confidence on the oil sands side of things, and in particular, the Government of Alberta’s curtailment plans. And then provincially, the extent to which, whichever government wins the election embraces the competitiveness challenges of our industry and influence reforms will be very pivotal. These pieces combined have the potential to drive investment confidence near the end of the year and move us into a prosperous 2020, or continue to really challenge investor confidence and really drive us further into a negative investment cycle. That’s really what’s at play here. This is definitely a big year for us.”