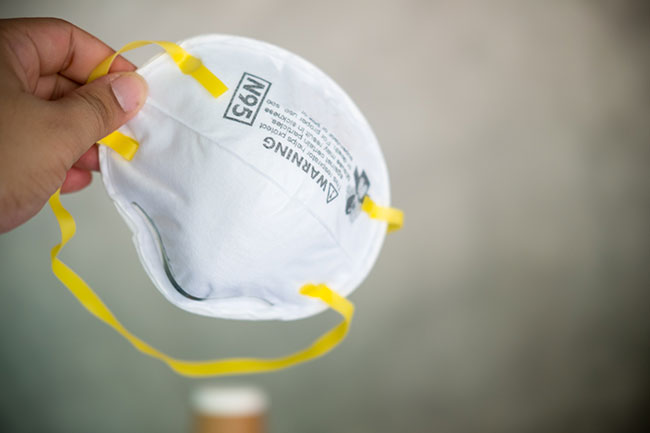 PPE has always played a big role in construction, but workers are sure to be wearing it in more situations as they get back to work in the coming months. Photo: Adobe Stock

The Ontario government is working to get the province’s construction industry reopened, but as is the case with other sectors of the economy, the return to work will not take place all at once.

“All sectors will open gradually. It won’t be just like flipping a light switch,” Victor Fedeli, Ontario’s minister of Economic Development, Job Creation and Trade, said in an interview.

“It will be up to the chief medical officer of health to give us the guidelines — the framework — from a health perspective and then cabinet will of course look at opportunities to begin to open up certain segments of the workplace,” Fedeli said.

Just as the province closed off segments of construction in stages, the industry will reopen by degrees, he said.

The process starts this week. On Friday, the province said it would allow municipal construction, as well as work on schools, logistics and digital infrastructure projects to restart. Site preparation and excavation in the industrial, commercial and institutional (ICI) and residential segments was also allowed to resume May 4.

The shift comes after a month-long shutdown. Aside from key infrastructure work and residential projects that were already underway, most sites were ordered to close April 4 when the province pared down on the number of industries on its essential businesses list. Before that, construction had been allowed to continue operating.

“The framework was released, but it doesn’t come with a calendar because COVID-19 doesn’t recognize a calendar,” Fedeli said, pointing to province’s broad plan for kick-starting its economy.

Though most contractors are eager to get back to work, for construction to restart, workers need to be protected, said Clive Thurston, president of the Ontario General Contractors Association (OGCA).

“To reopen, we need to make sure that PPE is available,” he said, adding that some workers that haven’t needed protective gear in the past are certain to need it now.

“I think that’s going to be the new reality… It’s just not practical to have a two-metre separation on construction sites in all cases,” he said. “So, how do we deal with that? Are there steps we can take to work within two metres?”

The OGCA believes with the proper protocols in place, the industry can reopen, protect workers who need to operate at close quarters and do its part to contain coronavirus.

Over the past six weeks, access to the proper PPE has been a sticking point. Construction projects deemed essential still needed protective equipment, but frontline medical staff were understandably the priority. With more supply coming online, this is slowly starting to change, Thurston said,

“We are getting more access than we had a few weeks ago,” he said. “There’s probably not a day goes by where I’m not approached by a new distributor.”

Thurston pointed to producers who have shifted their operations to make PPE such as masks, hand sanitizer and disinfectant for shoring up the supply.

Fedeli also credited Ontario’s manufacturers for stepping up as the province responded to the crisis. He pointed to auto parts makers Magna and Linamar, as well as Ontario’s big carmakers — GM, Honda, Ford and Toyota — for making millions of masks, face shields and ventilator components.

Going forward, the Ontario Together Fund aims to ensure the province maintains the capacity to produce PPE.

“We need personal protective equipment made in Ontario for Ontario,” Fedeli said. “We don’t want to ever want to see ourselves in a position again where we aren’t self-sufficient.”

At the same time, Fedeli was quick to credit the building industry for contributing spare PPE when the situation was most critical.

“Construction companies and others donated a tremendous amount of their person protective equipment, which was unbelievably generous and certainly appreciated by all the frontline health care workers,” he said.

As Ontario’s economy gradually ramps back up, Fedeli said the government’s construction focus will be on its $14.5 billion of infrastructure spending slated for this fiscal year, as well as a renewed push to bolster Ontario’s apprenticeship programs to address the skilled labour shortage.

“One of the biggest issues we had in Ontario just before COVID-19 was filling about 250,000 jobs,” Fedeli said. “We know that when construction is back full, that there’s going to be a huge demand as there was when COVID-19 first arrived.”

Thurston, meanwhile, is hopeful more segments of the industry will be getting back on job sites in the coming weeks. Like groups in other provinces and the Canadian Construction Association that has been advocating for backing from Ottawa, he’s also focussed on ensuring all construction stakeholders get the government support they’ll need to get back on their feet.

“We have to have a reasonable response that takes into account the interest of the owners and the financiers, as well as the [general contractors] and trades and so on,” he said. “It cannot be simply, ‘Oh start up and you’ve lost a couple of months here, but you’re still going to finish by September — if not, we’re going to hit you with liquidated damages.’ That’s just going to cripple the industry.”

David Kennedy is the editor of On-Site magazine.