When tragedy occurs in crane operations, it’s only common sense to think about lessons learned in order to prevent reoccurrences – after a respectful period of time has passed, of course. But can good ideas be gleaned from operations that are recognized as safe year in and year out?

“The Safety Awards support our work for a stronger, safer industry,” says CRAC executive director Claire Bélanger-Parker. “Small and large companies can apply for an award as long as they meet the criteria set forth by our awards committee.”

Nominees are asked for Worker Compensation Board reports and other safety-related data, including claims for damage.

Companies experiencing even one fatality in a given year are ineligible, and serious property damage incidents can also disqualify a company.

Gijs Verdeijen, vice-president and general manager for Mammoet Canada Western, and 2019-2020 chair of CRAC’s board of directors, called the recognition an honour and issued a statement noting that company personnel across the region worked under especially challenging conditions last year.

He praised them “for planning and executing each and every job with their and their colleagues’ safety at the forefront.” 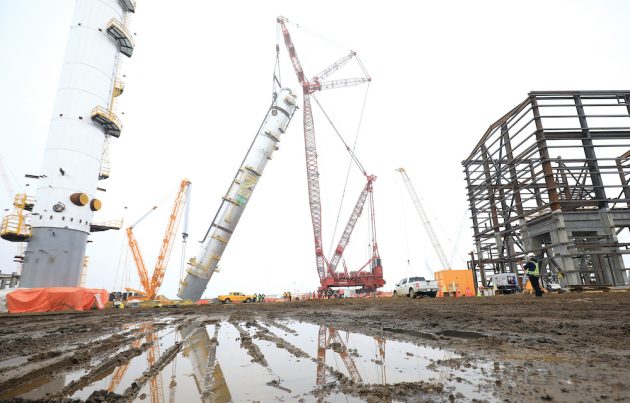 Marie Aitken, who manages safety, health, environment and quality — known internally as SHE-Q — for Mammoet Canada Western, told Crane & Hoist Canada that the key to creating a company-wide culture of safety is making safety the cornerstone of all operations rather than relegating it to a program or department.

“SHE-Q is not just the subcategory of a department that only goes out to the field. Our field staff are the ones who have to work with our policies and procedures, and if those aren’t relevant and aren’t working, we have an open-door, open-ended conversation.”

“We work hand-in-hand to understand how we’re going to move or hoist something,” says Aitken. “That’s how we do things well — we involve every department that needs to make that lift or that transport successful.”

Of course, on any job site, Mammoet is just part of an overall equation. Any kind of incident could potentially be attributed in whole or in part to the actions or directions of a client or fellow contractor.

“You get into positions where clients say they want something moved or lifted, and it’s never been done before and can be challenging to do safely,” Aitken says.

Mammoet likes to take on difficult, highly unique projects, which requires meticulous planning. “How do we ensure we have the right, competent, trained individuals,” Aitken asks, rhetorically. “Do we need to reach out to our global group who may have done this before? Do we need simulator training? Do we need to get certain pieces of equipment from certain places?”

When it comes to moving massive bridge girders and ultra-heavy equipment such as splitters, Mammoet personnel collaborate intensively with municipal engineers, police escorts and other personnel, often under challenging conditions.

“We do our heavy lifting predominantly in the winter so we’re dealing with the cold, and the cold can present itself with many additional hazards not present in the summer,” Aitken says.

Memorable challenges include hoisting massive coke drums using a PTC ring crane. “It’s one of the largest cranes in the world and we have to see where it’s booked and get it here,” Aitken says, describing transport using multiple sea cans and complicated assembly and disassembly.

“We work hand-in-hand to understand how we’re going to move or hoist something. We work on the logistics of where the crane is, the best location on-site to ensure the ground bearing pressures, how we’re lifting something, how we’re rigging it, how we’re moving it, and we work on hazard analysis. That’s how we do things well — we involve every department that needs to make that lift or that transport successful.”

While the lifts themselves might seem precarious, ring cranes have the benefit of even weight distribution, which lends itself to safety. Instead, what does present the highest degree of risk of serious injuries such as crushing is the meticulous assembly and disassembly massive cranes require. 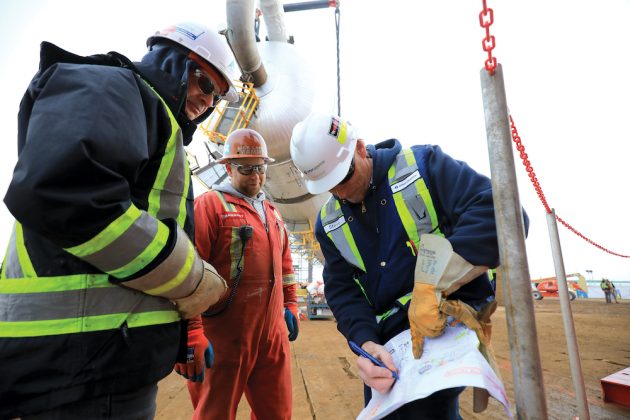 Secrets to a safe operation

Keys to safety include following procedures to the letter, engaging crews who are thoroughly trained, competent and familiar with the machines, and ensuring all personnel, including clients and contractors, function as a team steeped in a culture valuing safety. Aitken says hazard assessment documents are shared between contractors, and crews are meticulous in their respective roles.

If something unexpected arises or a client or contractor wants to do something that isn’t in the plans or doesn’t conform with procedures, Mammoet has a no-rushing policy, communicated with all new personnel when they join the company, directing personnel to discuss requests with their supervisor and come up with a plan.

“A client isn’t allowed to dictate where a crane goes without going through the right channels,” Aitken explains.

Thankfully, Aitken says, clients are safety conscious and tend to be problem solvers rather than sources of trouble. Typically, they’ll designate a liaison to deal directly with contractors and mediate should site needs change or plans need reworking.

“They respect that we’re dealing with cranes and critical tasks and need room,” Aitken says.

In spite of all preventative efforts and a zero-tolerance policy for unsafe behaviour, incidents do occur. Even when there are no significant consequences, the entire procedure is reviewed from planning through to execution.

“We look at how it was initially planned and not just what happened in the field,” Aitken says. “We understand that, right down from our sales people to the people in the field, everyone is accountable when something happens.”

This article appears in the September/October issue of Crane & Hoist Canada. Read the digital edition.