The 2019 conference featured interesting and relevant topics for the Canadian crane industry. 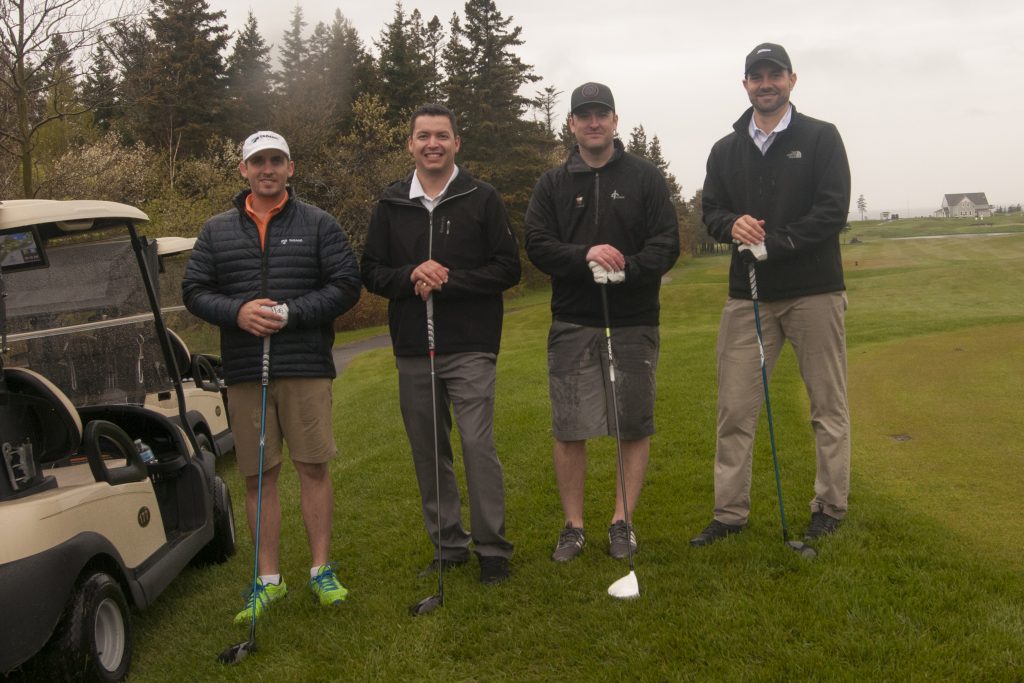 Several conference attendees played golf before the educational portion of the conference kicked off. By Walt Malone.

A few days of crane talk, a celebrity hosted dinner, tours, golf and a lot of relationship building would best describe the 2019 Crane Rental Association of Canada (CRAC) conference. Top if off with being held in beautiful Charlottetown, P.E.I., and you’ve got yourself one great show.

The CRAC conference took place June 5 to 8 and kicked off with a board of directors meeting, followed by golf at the Links at Crowbush Cove and a tour of the Confederation Bridge. The tour included a full experience of crossing the bridge in both directions and photo opportunities at all the best lookout spots. On the way back, the group went for lunch at the Lobster Barn in the little village of Victoria-by-the-Sea, before heading back to the host hotel, the Delta Prince Edward.

The same night, before the educational portion of the conference started the next day, the group headed out for some live entertainment by Adam MacGregor & The Foes joined by Cynthia MacLeod on fiddle and Jon Matthews on acoustic and vocals.

Bélanger-Parker said a lot of thought went into selecting the speakers for the 2019 show.

“We tried to pick topics and speakers that were relevant to today’s crane industry,” she said. “We know there are some topics we could cover that will always be relevant – like safety and what’s new and trending – but this year we also wanted to bring in speakers to talk about some things you might not have expected.”

CRAC brought in speakers from industry players Liebherr, Manitowoc and Redlist LCC to give an update on their industry and the roles they see each of their companies playing in the near future.

Klaus Weckenmann spoke for Liebherr. Weckenmann is Liebherr’s product manager for telescopic cranes based in Germany.

After conference attendees toured the Confederation Bridge the crew stopped at a seafood restaurant for lunch. By Walt Malone.

There was many opportunities for networking and relationship building at the 2019 CRAC conference. By Walt Malone.

Klaus Weckenmann with Liebherr gave an update on what’s new with the company. By Walt Malone.

Brennen Schmidt, principal of the ALEUS Technology Group, spoke on cyber security and what that means to the Canadian crane industry. By Walk Malone.

Chef Michael Smith prepared the food for the closing banquet and served oysters during the cocktail hour before dinner. By Jay Koblun

The keynote address was given on Friday, June 7, by David Coletto, an expert on millennials, who was followed by JP Gladu, president and CEO Canadian Council for Aboriginal Business (CCAB).

Coletto, CEO of Abacus Data, shared many of the different reasons why millennials are the way they are; act the way they act; and followed up with ways employers can recruit, retain, and motivate them.

He addressed that trades and the crane industry seem to be having a difficult time bringing in young fresh workers who are committed to a new company, and that no matter how much employers may hope to live forever – they won’t. And that employers need to get involved in making their workplaces places where millennials could see themselves thriving in, because they are the ones who will be the new bosses and managers and CEOs.

Later in the day Coletto spoke again at a workshop, sticking with his emphasis on making your workplace millennial friendly. He had the group divide themselves by table, into three groups, and discuss various ideas he presented that all had to do with what millennials need to hear and how to be treated to want to work for the modern crane industry.

“You may find yourselves having to cater, or compromise, with millennials today,” said Coletto. “And that’s just how it is today.”

Gladu followed Coletto with a similar theme of trying to create a workplace people will want to work in, but focused on the indigenous population.

Anishinaabe from Thunder Bay, Ont., Gladu is a member of Bingwi Neyaashi Anishinaabek located on the eastern shores of Lake Nipigon, Ont. Gladu has more than two decades of experience in the natural resource sector. His career path includes work with indigenous communities and organizations, environmental non-government organizations, industry and governments from across Canada.

At CCAB, he speaks extensively not only across Canada but internationally as he shares the challenges and successes of indigenous business in Canada today.

Dan Demers, senior manager of strategic business development, spoke on marijuana and substance abuse in the industry and what challenges crane professionals can expect to face as use of cannabis is legalized in Canada and legislation and guidelines are still under development. Demers also gave some tips and advice on how to handle the current state of legal cannabis in the workplace.

Bélanger-Parker said she was curious to see how well-received Brennen Schmidt’s talk on cyber security would be. She said after the conference, having spoken to several attendees, it seems the group really appreciated Schmidt being added to the lineup.

Schmidt is a strategist, author and principal of the ALEUS Technology Group, a digital communications firm in Regina. And he spoke on cyber security and what that means to the crane industry.

Schmidt focused on how to keep your information safe from hackers, thieves, and even your industry competition.

“Your blueprints are your blueprints, and you’ve worked hard to make your business successful. Imagine if you woke up one morning just to find that someone else had managed to take your work and create their own product with it,” he said. “That’s where cyber security is necessary.”

Schmidt challenged those at his talk to not leave the room without sending one email or text message to their team that would mark the first step of working towards building a strong defence against cyber security attacks.

The annual general meeting took place on Saturday, June 8, and at the meeting the board of directors addressed changes to the association as well as any new members for 2019. They also announced recipients of the 2018 safety awards and 2019 longevity awards.

The educational portion of the conference finished Saturday afternoon and the conference came to an official close in the evening with a meal and live entertainment hosted by celebrity chef Michael Smith.

Smith is P.E.I.’s food ambassador; Canada’s bestselling cookbook author, an innkeeper, educator, professional chef and home cook. He closed off the 2019 CRAC conference with an interactive, several-course meal where he invited all dinner guests to help him make various parts of the dishes he was about to serve.

He taught dinner guests how to make the perfect pre-dinner cocktail, how to make butter from scratch to serve with the bread, a garden salad for an appetizer and more.