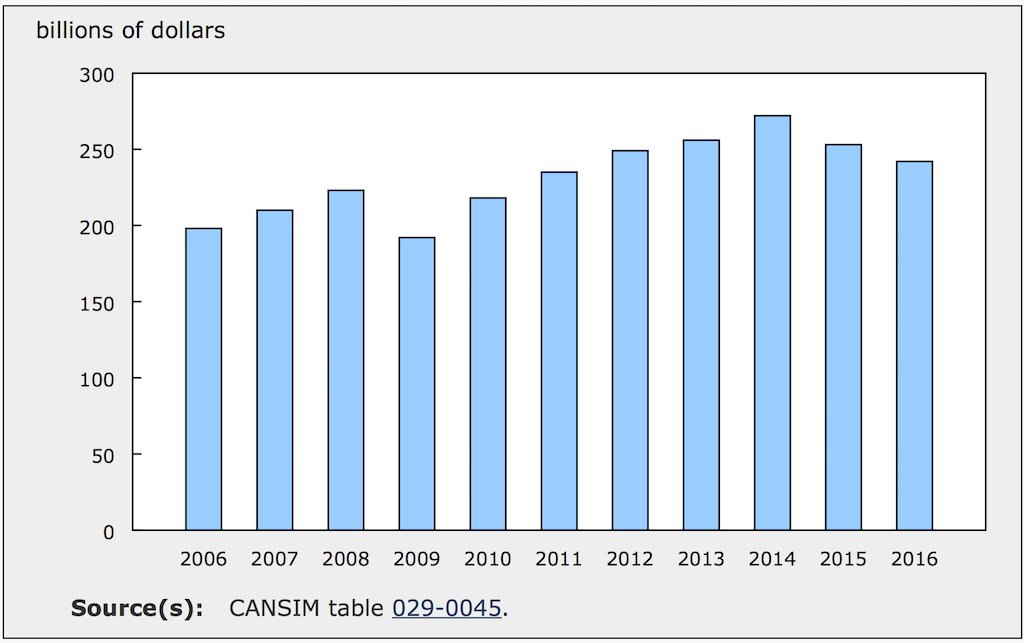 Total spending on residential capital construction and equipment and machinery is expected to drop 4.4 per cent in 2016 compared to 2015, according to Statistics Canada.

Private sector capital spending is projected to decline 9.3 per cent to $157.4 billion this year compared to $173.6 billion last year, Statistics Canada reported May 10. Public sector spending, however, is expected to rise by 6.5 per cent.

“The anticipated drop in private sector expenditures is largely attributable to declines in spending on capital construction,” the report said.

Overall capital spending for the year is estimated at $241.6 billion.

Mining, quarrying and oil and gas organizations are expected to reduce spending by 23.1 per cent, or $14.3 billion less than the $47.6 billion spent in those sectors in 2015. Most of the drop is attributed to oil and gas, which makes up about 77 per cent of spending in those industries.

Among the provinces, Alberta is expected to experience the largest drop in spending in those sectors with an anticipated decline of 27.5 per cent to $28.1 billion in 2016 compared with $38.8 billion in 2015, the report said.

Saskatchewan, at $2.3 billion, and B.C., at $698.7 million are also expected to have lower capital spending this year.

Seven provinces and territories are expecting an overall drop in capital spending, with largest drop occurring in Alberta. That $8.9 billion shortfall is attributed entirely and then some to the $10.7 billion decline in the mining, quarrying, and oil and gas.