The latest numbers from Statistics Canada show investment in building construction across Canada increased by 2.7 per cent to $20.9 billion in April, as gains were realized in both the residential (+3.2 per cent) and the non-residential sectors (+1.4 per cent). 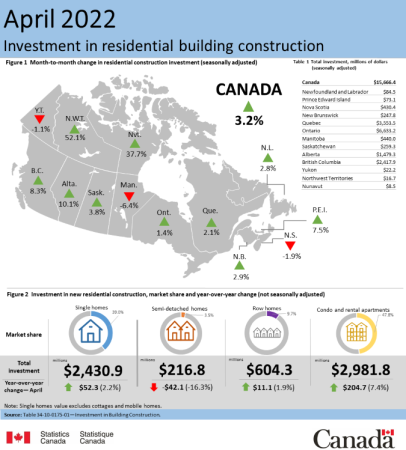 Investment in industrial construction led the way, increasing 1.7 per cent to $931 million, with Ontario accounting for most of the net growth.

And institutional construction investment rose one per cent to $1.4 billion, its fourth consecutive monthly advance.