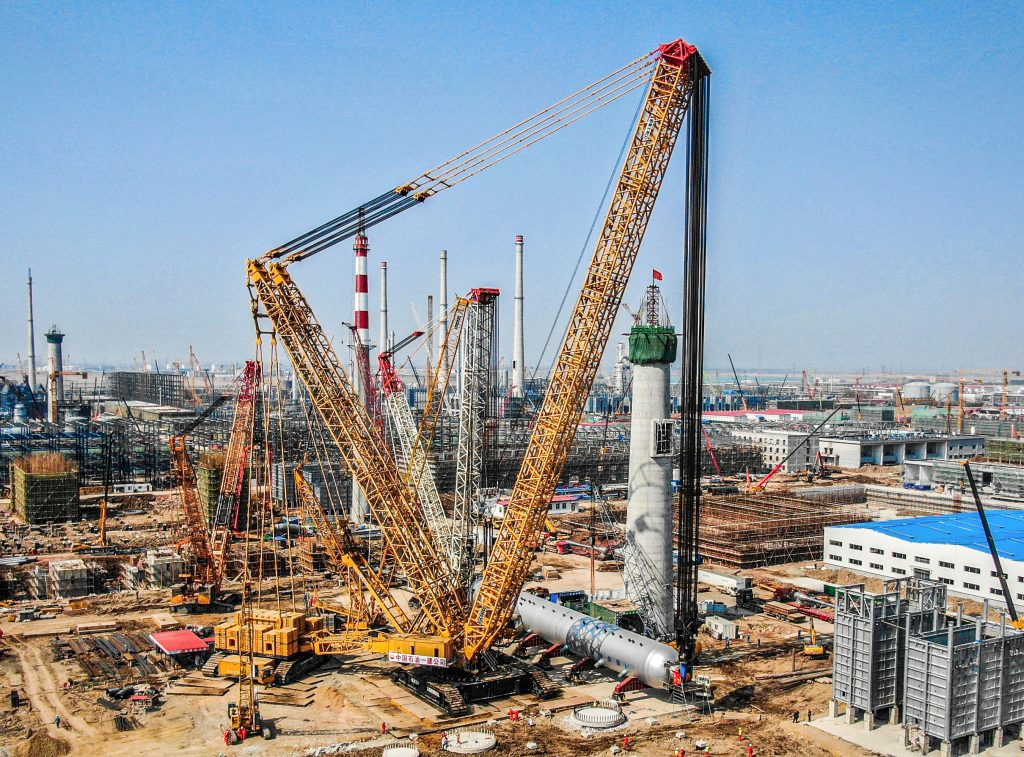 A massive crane in China has set a new hoisting record, according to its manufacturer.

The XGC88000, which is billed as the “world’s largest crawler crane” and developed by XCMG, has a capacity of 4,000 tons.

On April 10, the company says it set a record at the Shenghong refinery project construction site in Lianyungang, Jiangsu Province as it completed the installation of 2,600 tons of power equipment.

“The latest 2,600-ton lifting weight not only broke the model’s own record since its market release, but also set a new engineering-applied record for the world’s largest mobile crawler crane,” XCMG said in a press release.

“This model of crane has been used in 26 major construction projects in China and abroad,  including the Hengli project in Dalian, Shenghong refinery in Lianyungang, Jubail Industrial City in Saudi Arabia and Duqm Oil Refinery in Oman,” it said. “The model has lifted and installed more than 100 units of equipment over 1,000 tonnage, with the total lifting weight reaching 200,000 tons and a total safe operation time of nearly 10,000 hours.”

“The XGC88000 has truly become the industry’s first 4,000-tonnage crawler crane that has been put into operation with the broadest application, most mature technologies and highest sales. It’s a pinnacle product developed with independent innovation and is considered a proud calling card for China’s equipment manufacturing industries,” said Wang Min, chair and CEO of XCMG.