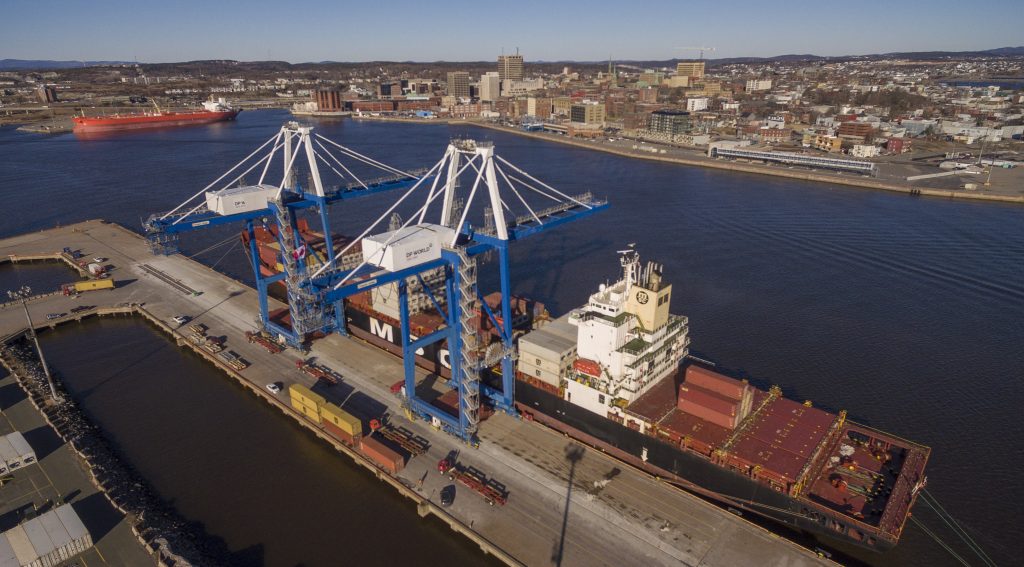 Work on Port Saint John’s modernization project is underway with the initial tenders for the project released this summer.

In 2010 the then new CEO of Port Saint John, Jim Quinn, recognized that in order to remain in the container business, the Port would have to modernize its facilities in order to keep up with the rapid changes that were occurring in that sector.

“Containers are an important business for Port Saint John, and it was clear we needed to have facilities that could handle lager vessels,” Quinn said. “This lead to the planning of the West Side Modernization Project which gained the support of the federal and provincial governments. Together we will equally fund the $250 million project that will be completed by 2023.”

The project is expected to take seven years to complete with the first tenders being released throughout the summer, the main tenders are scheduled to be released this September.

“We’re currently in the 85 per cent range in detailed engineering and completing the environmental permitting,” added Tyler O’Rourke, port engineer for Port Saint John, during a meeting with Crane & Hoist Canada at the offices of Port Saint John in Saint John, N.B.

The modernization project will include the construction of deeper berths that can accommodate the Super Panamax vessels that are becoming more common in the container trade. Right now routine maintenance dredging is performed using a 210-tonne high duty LIMA Dredge, but the port will likely need some additional dredging horsepower for the project.

“There will probably be larger dredges brought in for expansion, also for some channel dredging down to 9.5m from 8.4 m to accommodate larger vessels” O’Rourke says.

Incoming cranes
Prior to the initial work getting underway, DP World Saint John – the terminal operator and stevedore for the Rodney Container Terminal and Navy Island Terminal – brought in two 1998 Paceco electric drive cranes to accommodate the expansion. The cranes have a 50- to 60-ton capacity, depending on whether a spreader bar or a project cargo hook is used; and an outreach of 145 feet. The new cranes will allow the port to accommodate 16 container-wide, 6,500 TEU capacity vessels while working throughout the Saint John tidal cycle. Currently, the existing cranes have a much smaller window around high tide.

To accommodate the new cranes that will service incoming and outgoing Super Panamax vessels, the project includes the installation of new electrical substructure that can handle 12.5kV or larger voltages as well as 100-gauge gantry rails. The cranes are currently sitting on 60-gauge, 60-feet-wide gantry rails on an electrical substructure that can handle 4.1kV.