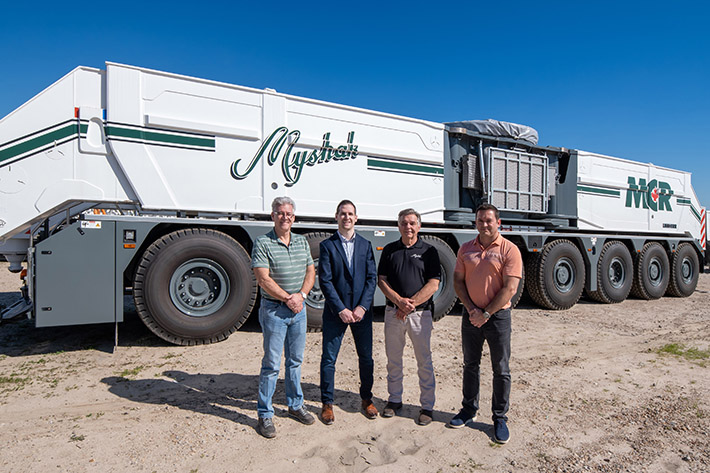 The 750-tonne lattice boom crane will reinforce the company’s crane fleet and is mainly intended for jobs in the wind power industry.

Myshak said they needed a larger crane because wind turbines are getting higher and higher and their component weights are increasing. And decided to invest in the LG 1750’s because this crane helps Myshak meet the needs of their customers from the wind power industry in North America.

Myshak ordered both LG 1750 cranes with SL20 boom systems for erecting wind turbines with a hub height of up to 100 metres at low cost without using a derrick system. In addition, the company purchased the even more powerful SX boom system for erecting turbines with a hub height of 140 metres or more using a derrick system. This enables it to erect the latest generation of wind turbines.

Although Myshak is mainly planning to use the new LG 1750 for wind power jobs, it will also be used in other sectors, such as heavy hoists.

“We have a long term partnership with Liebherr and are delighted with the quality of the products and the company’s innovations,” the company said in a release. Myshak recently also took delivery of an LR 1350/1 crawler crane, LG 1550 lattice boom mobile crane, LTM 1500-8.1, LTM 1250-5.1 and LTM 1070-4.2 mobile cranes from Liebherr. Another major part of the company’s business is heavy haul transport.