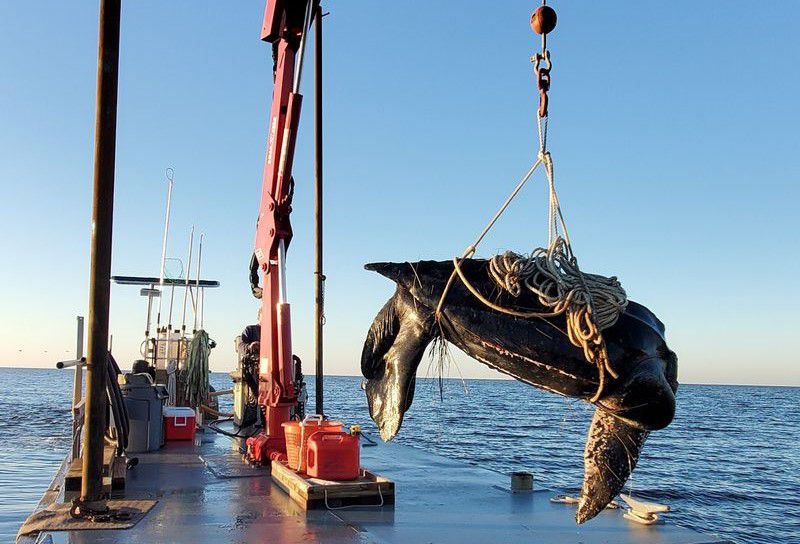 Frisco, N.C. – The dead leatherback sea turtle — a rare sight on the Outer Banks — was too heavy to lift. Sitting in a marsh on the shore of the Pamlico Sound, the creature weighed upwards of 500 pounds. Unable to do a necropsy at the remote location, it appeared as if biologists wouldn’t be able to search for clues in the carcass about what led to the turtle’s death.

Until a construction company owner, Dave Swanner, spotted a social media post about the predicament and offered the use of his company’s crane. The crane, belonging to Endurance Marine Construction, lifted the creature from the marsh onto a small barge Sunday, and it was eventually placed on a trailer. The Virginian Pilot reports. | READ MORE