June 3, 2021  By The Association of Equipment Manufacturers (AEM)

The Association of Equipment Manufacturers (AEM) Hall of Fame, a collection of leaders and innovators in the off-road equipment manufacturing industry, is currently seeking nominations for the 2021 Hall of Fame induction class, and the deadline of June 11, 2021 is getting close.

The AEM Hall of Fame recognizes most of its 65 members have focused on the ground beneath us, while Art Moore, founder of Snorkel Lifts, focused on what is above.

Before Moore ever thought of manufacturing anything, he spent a lot of time in the sky, and everything started when he met his future business partner in elementary school. “Art and Ray Pitman met the first day of third grade in St. Joseph, Missouri (Mo.),” said Moore’s widow, Sue Moore. “They fought on the playground, no winner, so they became friends.” Moore would help Pitman start both Pitman Contracting, and eventually Pitman Manufacturing, and it was there that Moore would catch the manufacturing bug.

“They continued their friendship through high school and both went off to the war,” Sue Moore explained. “Ray was a Seabee on Okinawa, and they wrote each other letters during the war. He wrote him a letter from Okinawa saying, ‘Buddy, don’t come here! It’s awful!’ Well, Art was on the other side of Okinawa at the time in a Navy seaplane.” 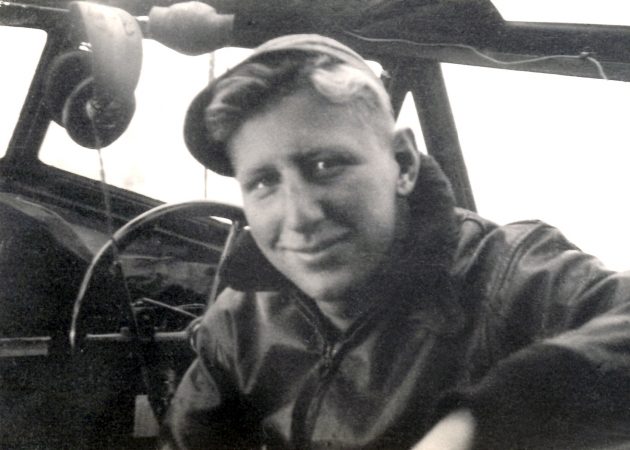 That experience in the air would inspire Moore for the rest of his life, both professionally and personally. His next stroke of inspiration came in the late 1950s, on a trip to Chicago. “When Chief Prendergast made a tree trimming truck with a hose, and Art was in Chicago, he went with them on several fires,” Sue Moore said. “And he saw the life-saving capabilities.”

Moore would take that inspiration to split from his childhood friend in 1959 to start his own company in St. Joseph, Mo., the Snorkel Fire Equipment Company. Snorkel built fire equipment including the ‘Hydra-Lift’ and ‘Tele-Squrt’, and would become so ingrained in the firefighting world, its name would become universal, similar to Xerox or Kleenex. If you had a high-rise fire, you called for ‘the Snorkel’.

In the 1970s, after Moore sold Snorkel to Figgie International, who also owned American LaFrance fire engines, chairman Harry Figgie approached Moore with another idea: Take what he had learned from lifting firemen into the sky and apply it to lifting everything into the sky.

“What they did was brought in seven different booms. They went through everything. What they liked, what they didn’t like about each and every one of them,” said Sue Moore. “They tested, tested, tested and they were going to make the best possible machine.”
The extruded aluminum boom Moore developed for the Snorkel Tele-Squrt fire equipment line became the basis of the first Snorkel access lift, the TB-42.

“They were also interested in safety. I think that’s the number one priority of any organization that’s building equipment,” Sue Moore continued. “He painted the boom white, and the reason for that is he wanted it seen. If you have a green boom out there in the trees, you’re not going to be able to see it.”

Snorkel would become a major player in aerial work platforms, at one point commanding 70 per cent of the market. Moore stepped away from the day-to-day operation of the company in 1991, and eventually left the company in the hands of Don Ahern in 2013. “Don Ahern brought his engineer and several other people, I think there were six people who came to visit us at the lake, before he bought Snorkel,” Sue Moore explained. “So he could talk it over with Art and get his opinions and what was really happening.”

Even after stepping away from Snorkel Lifts, Art Moore kept one eye to the sky. He maintained his pilot’s license throughout his adult life, and even took an opportunity to go skydiving.

The AEM Hall of Fame is currently seeking nominations to its 2021 induction class to join the 65 existing visionaries and leaders already inducted. An independent panel will select who will be recognized at AEM’s Annual Conference, scheduled for November 10 to 12 in Phoenix, Arizona (Ariz.).

Nominations are open until June 11, 2021 and can be submitted online at this link.