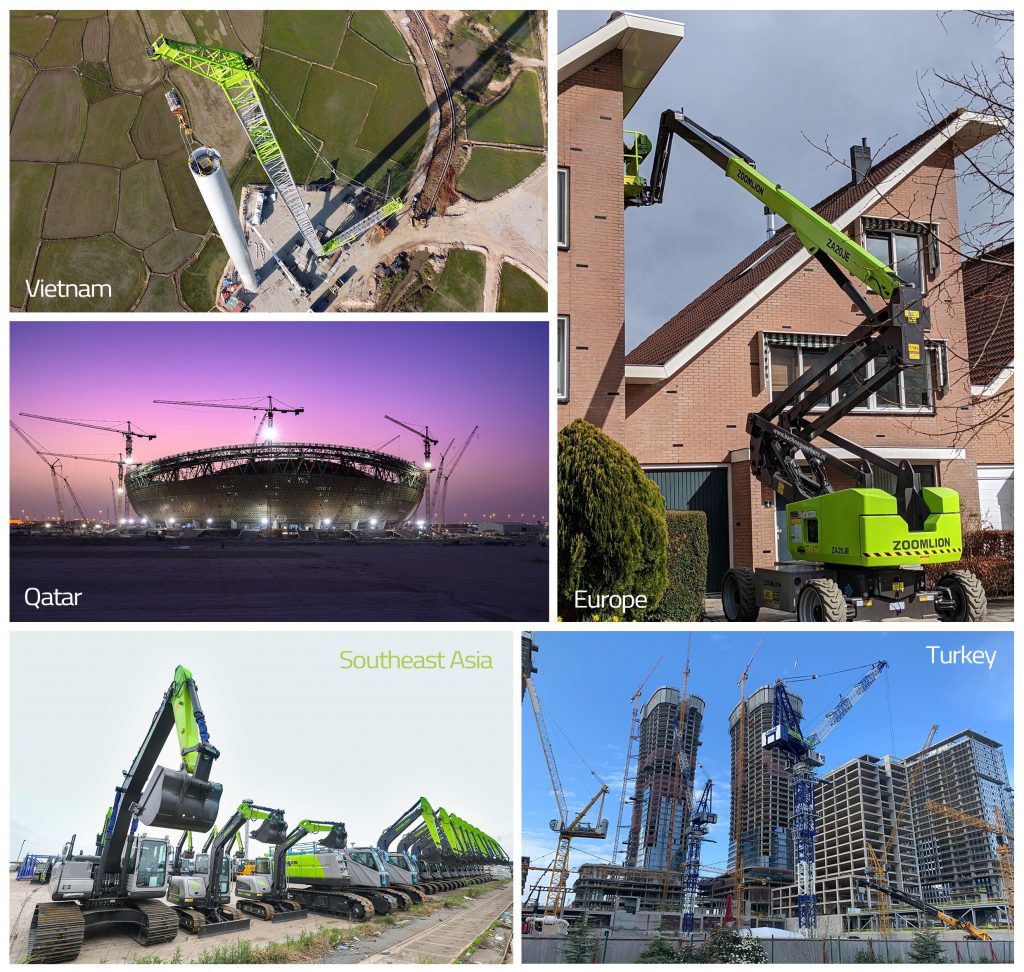 China-based Zoomlion said it has seen robust growth in its international market in the first half of 2021.

In April, eight of Zoomlion’s large-tonnage tower cranes (TC8039-25) capped the roof of Lusail Stadium in Qatar, which will be home of the 2022 FIFA World Cup.

“The stadium set world records for a cable-net roof single building with the largest span and largest cantilever distance in the net system, as well as the largest membrane structure reaching 45,000 square metres,” it said in a press release.

Qatar’s tropical desert climate, with high temperatures, strong winds and dusty weather, is challenging for tower cranes and installing steel structures at an altitude of 70 meters was undoubtedly like “dancing on the edge of a knife,” the company said.

In April, Zoomlion sent off 100 units of earthmoving equipment to Belt and Road Initiative (BRI) countries in Southeast Asia, which will contribute to various infrastructure construction projects.