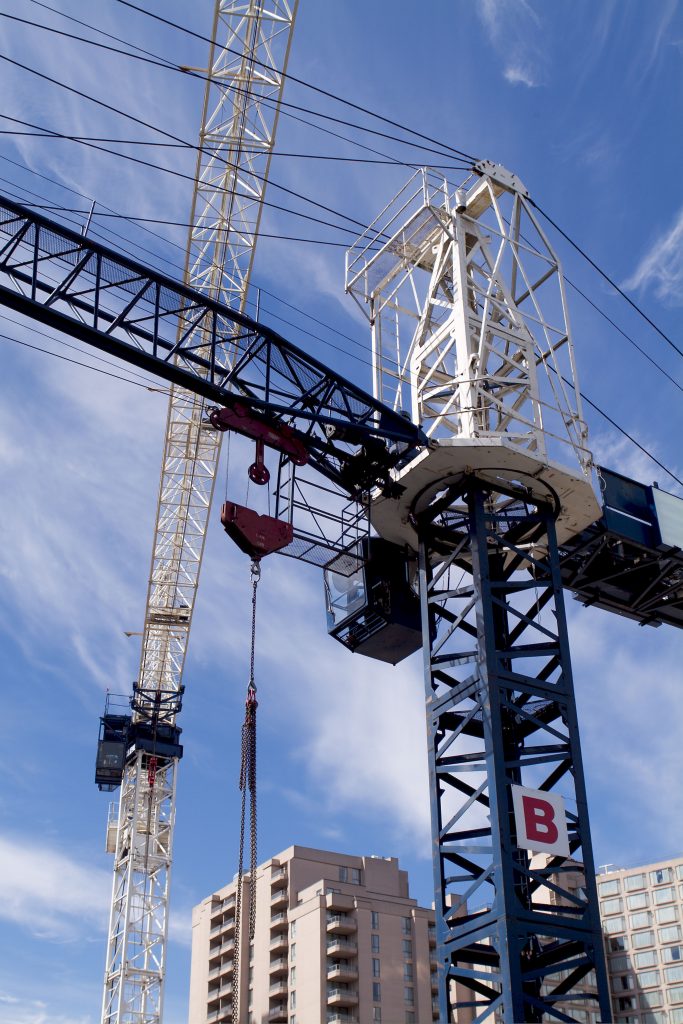 Cranes continue to evolve with technology – as such, safety and inspection standards also must evolve says Al Johnson of WorkSafeBC. Photo: WorkSafeBC

There are an estimated 300 tower cranes operating in British Columbia, which is a sign of progress and expansion, but also a measure of the importance of crane safety and ensuring that all possible measures are being taken. As such, WorkSafeBC is introducing new crane safety initiatives this year, to focus on the differences between qualification and certification, operator competency for operation and maintenance, and ensuring that inspectors now check for preventative maintenance.

Al Johnson, vice-president prevention services at WorkSafeBC says that the overriding effort; however, is about ensuring that all parties understand their roles and responsibilities regarding safety.

“It’s not that there’s absence of that interaction and absence of taking those responsibilities,” says Johnson. “It’s confirmation or affirmation that those parties are working together to take that shared responsibility. So when a tower crane, or whatever the case is, is being assembled or disassembled, that those who are involved in the engineering controls and engineering inspections are working collaboratively with the right people. It’s not a standalone effort.”

Johnson says that the focus on assembly and disassembly is due to WorkSafeBC’s findings that the majority of crane collapses and other incidents have occurred during those phases. Johnson says that B.C. is very fortunate that few such incidents occur in the province; however, when such an incident does occur, it can be catastrophic in nature.

“So we learn from those catastrophes, those horrific incidents that occur elsewhere, and we want to do everything we can to prevent them from happening here,” says Johnson. “When cranes, tower cranes in particular, are assembled and disassembled in urban areas, in closer proximity to all sorts of things, that’s when the risk of an event can occur.”

Johnson says he and the provincial crane inspection team focused not just on the assembly and disassembly of the cranes, but also on issues related to that process. They’ve co-ordinated with municipalities, for example, to review best practices for permitting and traffic restrictions during the erection and disassembly of cranes.

One could assume that these initiatives have been undertaken in response to the crane collapses in Seattle and Halifax last year which created so much controversy and drew media attention; however, formulation of these initiatives actually started back in 2018.

Speaking with Crane & Hoist Canada shortly after the Seattle crane collapse, Fraser Cocks, executive director of the British Columbia Association for Crane Safety, lamented that regulations for industry are often ‘written in blood,’ meaning they only get enacted after someone is injured or killed in an incident. Johnson says that these new safety initiatives are intended to be more proactive.

“We are the regulator and fundamentally take our marching orders from the regulation,” says Johnson. “But regulation is only one thing—it’s better if you can appeal to the industry, get them to understand what is behind the regulation. Because often regulations are very prescriptive in nature and, on the other scale, they’re often very open ended in performance in nature. That’s why we focused on working with Crane Safety Association as well as the individual crane employers on best practices. The regulation is absolutely adhered to, but the best practices are also very much a part of how we collectively manage crane safety in this province.”

Johnson also notes that where the technology associated with cranes has also become more sophisticated, that preventative maintenance standards from the past would not include elements such as anti-collision devices.

“Some would say initially, ‘why are you changing the goalposts on us?’ and as a regulator, we’re not changing the goalposts,” says Johnson. “It’s the evolution of knowledge. It’s the evolution of practice. It’s the right thing to do. What was done in the past may have been good for that time period. But today, things need to be done a little differently.”