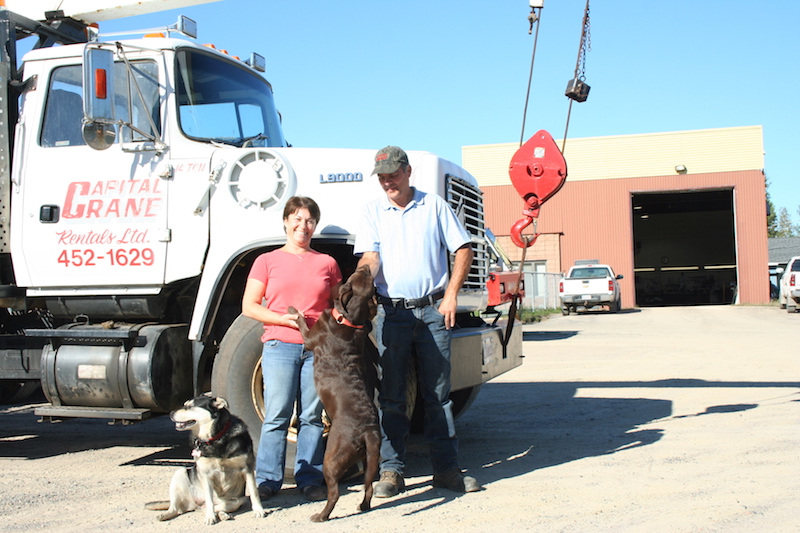 To remain in business for that length of time is a major accomplishment of which Capital’s employees are very proud.

The company originated in a split from another company called Sandi-Co, said Capital’s all-purpose administrator, Leona Foster. (“I was always called ‘the chick in the office who does everything,’ but that’s too big for a business card,” she said with a laugh when asked for her job title). At the time, Sandi-Co was involved in a wide variety of projects involving concrete, gravel pits and trucking — alongside cranes.

“There were too many owners, too many differences of opinion, too many irons in the fire,” Foster said. “There was originally two owners and they each brought in a shareholder under themselves. That’s four men trying to figure out how a company goes.”

The company split into two entities and Capital Crane was formed. Since that time, the crane industry and its equipment have evolved significantly.

“When we started 20 years ago, a boom truck was considered up to 17 tonnes,” Foster said. “Now you can get 60 tonnes and it’s still a boom truck. If you had nine feet of boom, you had the world. Now you’ve got 170 feet on a boom truck. It would have been unheard of.”

“Regulations, legislations and certifications and operator licencing — none of that was in 20 years ago,” Foster said. “If you could pull a lever and drive a truck and knew to let go when it felt light, you could have a job. Now a computer shuts you off before you get there.”

Capital owes its longevity to keeping up with the market and evolving alongside it, she said. At various times, Capital’s main source of income has varied from steel erection to the setting of trusses on houses. Now, the company’s primary business is in modular homes. Keeping up with the market is as simple as keeping in contact with Capital’s customers, owing somewhat to the company’s location.

“We’re a government and university town,” Foster said of Fredericton. “If we were based somewhere like Saint John, where it was always changing and more industry based, it would be more difficult. But in the market that we cater to? Not so much. A lot of times, we make do with what we have until we can buy what they need.”