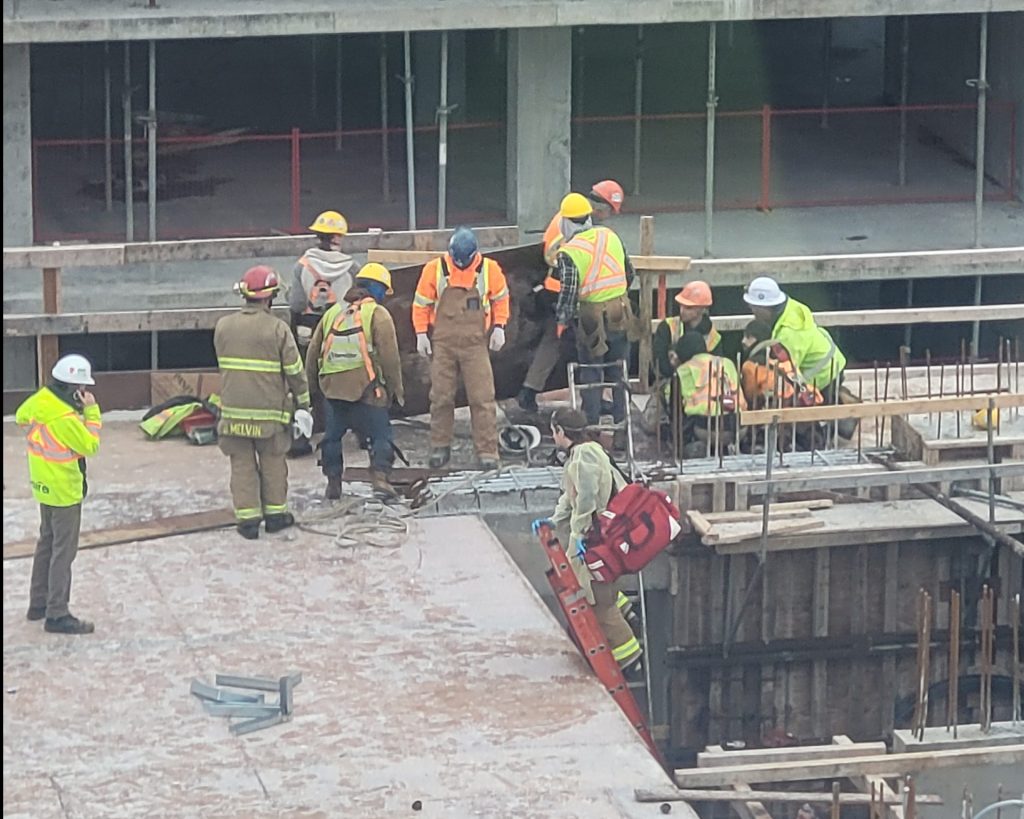 On the right side of this photo, co-workers on-site restrain a worker who was suffering from seizures and disorientation to prevent him from hurting himself or others. Photo: David Mason.

A tower crane operator at a Halifax construction site played a key role in the rescue of a co-worker who suffered a medical incident.

In February, Arnoldin Form Work Ltd. crane operator David Mason was in the tower crane conversing over the radio with his rigger about the day’s planned lifts when he noticed something wrong with a co-worker.

“I saw him fall over on the 14th floor and he started having a seizure,” Mason said. “My foreman and my rigger went over to assist him. A few minutes later he started to come to, but he didn’t have any idea who he was, where he was or what happened.”

Mason said in the state of confusion and panic, the worker attempted to lash out at those around him and had to be restrained. 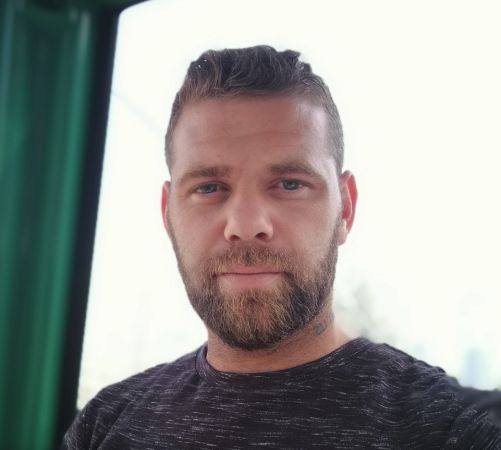 “He was grabbing people, he was screaming nonstop,” Mason said. “He was trying not to let them restrain him and he was trying to hurt himself.”

In less than 10 minutes, Halifax Regional Fire and Emergency Services (HRFES) arrived on scene and began strategizing how they could get the worker to the ground so paramedics could attend to him. In the end, the crane Mason was operating was used to lift an Emergency Medical Technician (EMT) and medical equipment and then to lower the EMT and the ailing worker to the ground.

While HRFES representatives were not available for comment about the decision making that led to using the crane for the rescue, the building had not yet had elevators installed. But regardless of how that decision was made, Mason was ready to assist.

“This is my first year working with this company,” Mason said. “I’m from Vancouver, I’ve been there the last 10 years, that’s where I got all my training. In Vancouver, we usually did a test once a month, have somebody lay down fake injured or fake sick and we would do a practice run.”

Mason said lowering the worker and the EMT was ‘pretty straightforward’ and was completed without incident. The crane used was a Terex Peiner SK 206, though Mason generally uses a different crane on site.

“I’m normally in the Terex Peiner SK 315 but this particular day they were raising our third crane another 60 feet,” Mason said. “My crane and the crane they were raising were overlapping so my usual crane was not allowed to run.”

Regardless of his previous training, it was nerve-wracking for Mason to perform such a rescue for the first time in his career.

“It’s one of our worst fears, we are never really prepared for it,” Mason said. “No matter how many practice runs you do, it’s a totally different story when you’re there in the moment. As it was happening, I felt helpless. They had great open communication the whole time, but I felt helpless. You work so long together; you learn to look out for one another and keep each other safe and become a family. Then when you’re sitting there in a 4-ft by 5-ft box and can’t do anything, you feel helpless.”

HRFES district chief Brad Connors told local media that “with the assistance of Emergency Health Services we packaged the patient, we lowered the construction member down from the crane in a basket with one of our rescue technicians and now we have turned over the patient to EHS’s care.”

No official word has been released regarding the status of the worker who suffered the incident, but Mason said that two hours later someone on site received a call from him and he was laughing and in good spirits.

A representative for Arnoldin Form Work Ltd. confirmed the worker was “OK” after the incident but had been advised by doctors to wait until the completion of medical testing before returning to work.