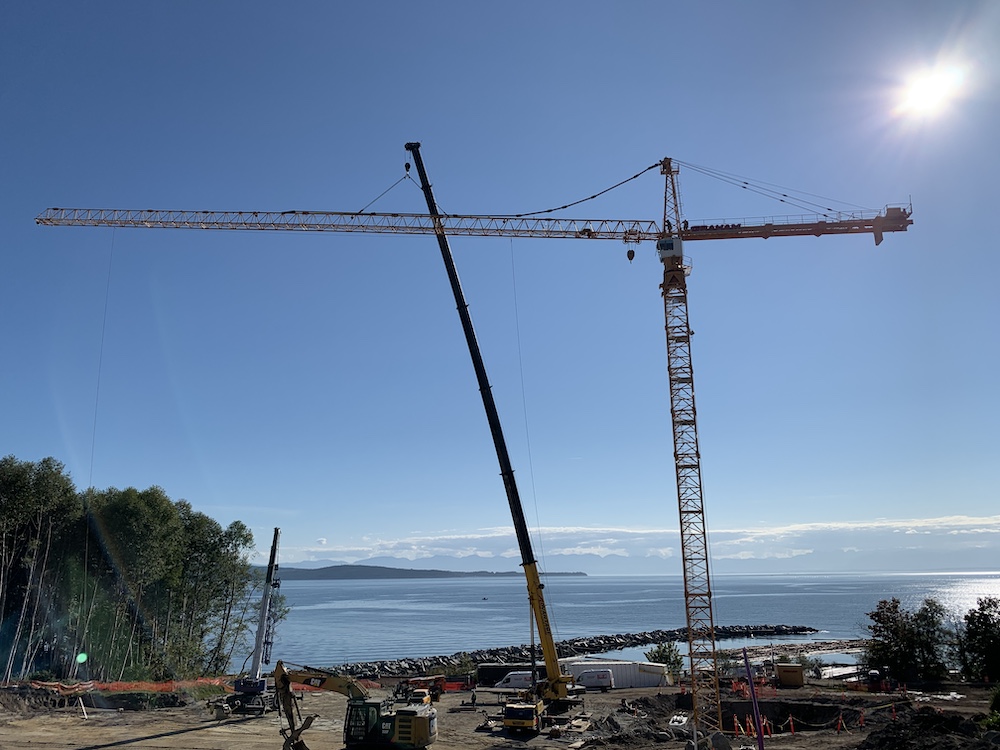 A tower crane recently installed at the construction site of a wastewater treatment plant in Powell River, B.C. is gaining attention among residents as an unusual addition to the landscape.

It’s the first time a crane of this size has been used on a project in Powell River, the city says in a statement.

General contractor Graham Infrastructure and the team at Allied Crane erected a Liebherr 290 HC tower crane at the site on Aug. 24.  The crane is 55.77 metres (183 feet) tall from the base to the top, with a hook clearance height of approximately 48.53 metres (143 feet).

The crane will facilitate the construction of all buildings at the site of a new consolidated wastewater treatment plant (CWWTP), aided by a rough terrain crane when needed.

“The tower crane is located where the eastern digester tank will ultimately be constructed and with its massive size, will be able to reach the majority of the building site,” says Tor Birtig, director of infrastructure and operations for City of Powell River.

“Construction of the CWWTP is progressing quickly with the bulk excavation and process/treatment building foundation nearing completion.”

The structure also affords the opportunity for training by Powell River Fire Rescue, according to Chief Terry Peters.

“As an all-hazard response department, our fire rescue crews need to be ready for many different challenges,” says Peters. “Technical rescue is an important skill for our members and being able to pre-plan on site is a valuable tool.

“We are grateful for the cooperation of the staff at the treatment plant construction site who provided familiarization of the site and the newly installed crane.”